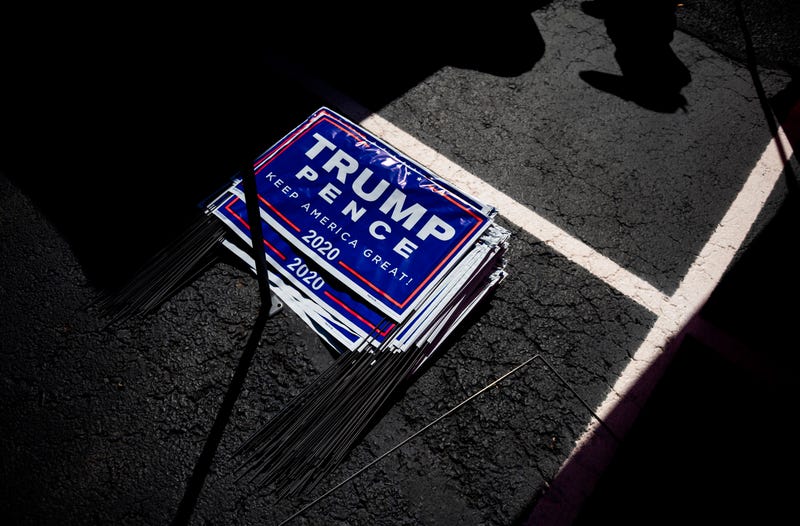 PHILADELPHIA (KYW Newsradio) — As the political tension grows the closer we get to Election Day, police departments have a reminder for the public: It is illegal to deface or steal yard signs on private property.

According to Warrington Township Chief of Police Daniel Friel, complaints have been rolling in from residents that their campaign signs — for Republicans, Democrats and signs showing support for local police — are being defaced or stolen.

“Once you leave the sidewalk and step onto the front grass, you are on private property,” he said, “and that’s where a lot of these signs are.”

“It’s a fingerprint. It’s a formal criminal complaint. You have to go through a preliminary hearing and all of the steps,” Friel said.

Two of Warrington Township resident Joe Nottingham’s Trump-Pence signs have already been stolen from his property.

“Both of them were taken. I think it was during the day also, it wasn’t even at night,” he said. “I just put four more up — so I figured I double it — but now I kept them closer to the house. Hopefully it will stop them from taking them if they’re a little bit closer to the house.”

Nottingham said he’s put many signs on his lawn over the years, and they were never stolen.

“It’s a little unsettling you know that somebody would take your signs like that,” he added.

Friel encourages residents to report lawn sign thefts from private property. So far in Warrington Township, no one has been charged with any wrongdoing.

“We are all allowed to express our views,” said Friel. “Even though you have one viewpoint, you don’t want to interfere with someone else who has the right to do the same thing. So we are just saying, respect someone’s privacy or property.”