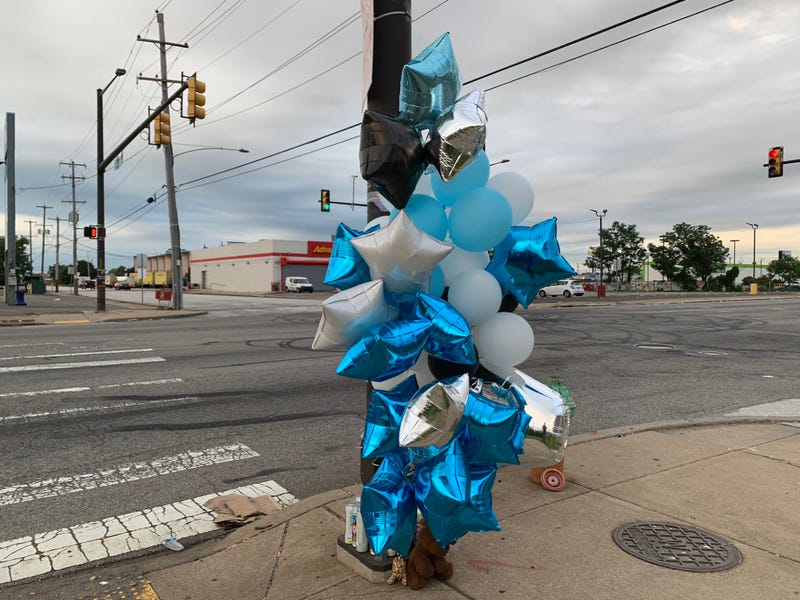 PHILADELPHIA (KYW Newsradio) — Authorities say about 1,000 people were in Port Richmond when a 21-year-old man was shot in the head during a huge dirt bike and motorcycle gathering over the weekend.

But not one person, authorities say, has come forward with any information, even as people were taking pictures of the victim after the fatal shooting.

The violence happened days after City Council passed a measure aimed at cracking down on the use of off-road vehicles on the streets.

Police say at around 11:30 p.m. Saturday, about 1,000 people were at Butler Street and Aramingo Avenue to watch and take part in illegal street racing. Investigators say there was loud music blasting and some fireworks going off when someone shot Angel Rodriguez, 21, in the head.

The victim, who had been on a green motorcycle, was soon pronounced dead by medics who responded. Investigators believe the shooter got away on a dirt bike and was wearing a face mask and dark hoodie.

Balloons, candles and stuffed animals at Butler St and Aramingo Ave in Port Richmond. A 21-year-old man was shot and killed here late Saturday night during a huge gathering of people on motorcycles and dirt bikes. Police say the gunman got away. @KYWNewsradio pic.twitter.com/KXChsOem8Z

The following day, the victim's loved ones set up a memorial at the scene. White, blue, silver and black balloons, some with messages written on them including the words "rest easy," were tied to a light post with prayer candles and stuffed animals at the base.

"There were hundreds, literally hundreds of ATVs out at the time of this murder. There were 50 or more people who after the murder took photographs of the decedent," said Philadelphia District Attorney Homicide Supervisor Chesley Lightsey on Monday.

"We have a lot of video, but not one person has come forward to help police."

Detectives have a lot of surveillance video to pour through, but need help from the public.

"The community can take ownership of this by going to the police with information, so we can take the shooter off the street," said Lightsey.

It was just a few days prior, on Thursday, when city council passed a measure that closed a loophole to clearly define dirt bikes and dune buggies as illegal vehicles along with ATVs. All could be confiscated by police and fines could be issued.

For a lot of riders, they say this is an activity they enjoy and helps them avoid violence in some of the neighborhoods. The bill sponsors say they have been looking into the idea of establishing a space where they can ride their ATVs and dirt bikes safely.

Philadelphia had a total of 247 homicides as of mid-afternoon on Monday, a higher total than in all of 2013. It's also 35% higher than at this time last year, a nearly record-breaking year for the number of homicides in the city.