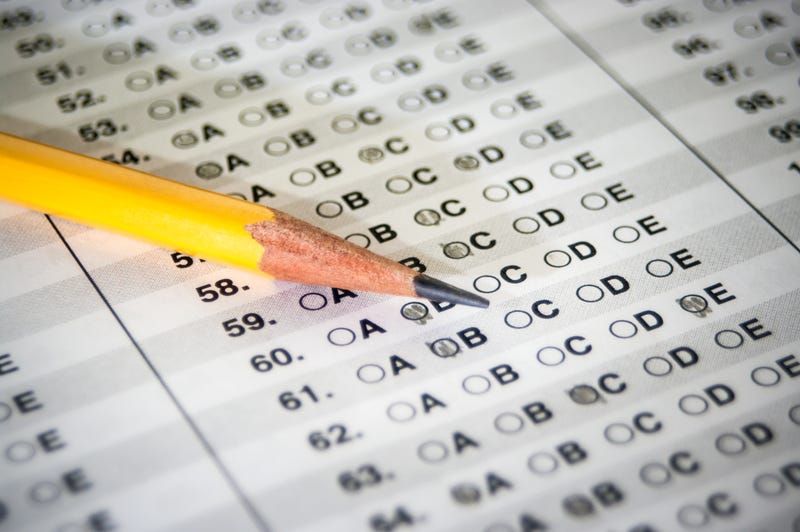 A standardized test sheet with pencil. The majority of colleges and universities have temporarily eliminated the standardized testing requirement for admission because of the pandemic. Photo credit michaelquirk/Getty Images
By Suzanne Monaghan, KYW Newsradio

PHILADELPHIA (KYW Newsradio) — The majority of colleges and universities have temporarily eliminated the standardized testing requirement for admission because of the pandemic. The move could lead to a permanent change.

More than half of the colleges and universities in the U.S. have already extended the test-optional policy for current high school juniors.

Application Nation founder Sara Harberson said colleges are trying to be accommodating, but the move has also helped their admissions statistics.

"A lot of the more selective colleges are seeing enormous applicant pools," she said, "and they're also seeing great strides in the number of students of color apply as well."

It's been argued that the tests are culturally biased and create a barrier to admission for low-income students who can't afford the SAT and ACT prep courses.

"So for them to just stop this embarrassment of riches would actually harm them," said Harberson. "To go back to what it was a year before, where application totals were on the decline, is not something that they want."

The SAT subject tests and essay will be eliminated from the exam starting this summer.