PHILADELPHIA (KYW Newsradio) — Philadelphia City Council peppered the city's top cop with questions about departmental and officer actions during days of unrest in the city as they continue to review whether to ban the use of tear gas. Part of the focus was on charges involving "excessive use of force."

Police Commissioner Danielle Outlaw outlined destruction and chaos in the city during the days of unrest in late May and June — and how officers responded.

She said one nearly died after being run over, and added other officers had acid, urine, bottles, bricks, and fireworks thrown at them, and were sometimes punched and kicked.

"That is not peaceful, First Amendment activity," Outlaw said.

But the commissioner conceded the Internal Affairs Unit is actively investigating which cops may have broken protocol, or the law. 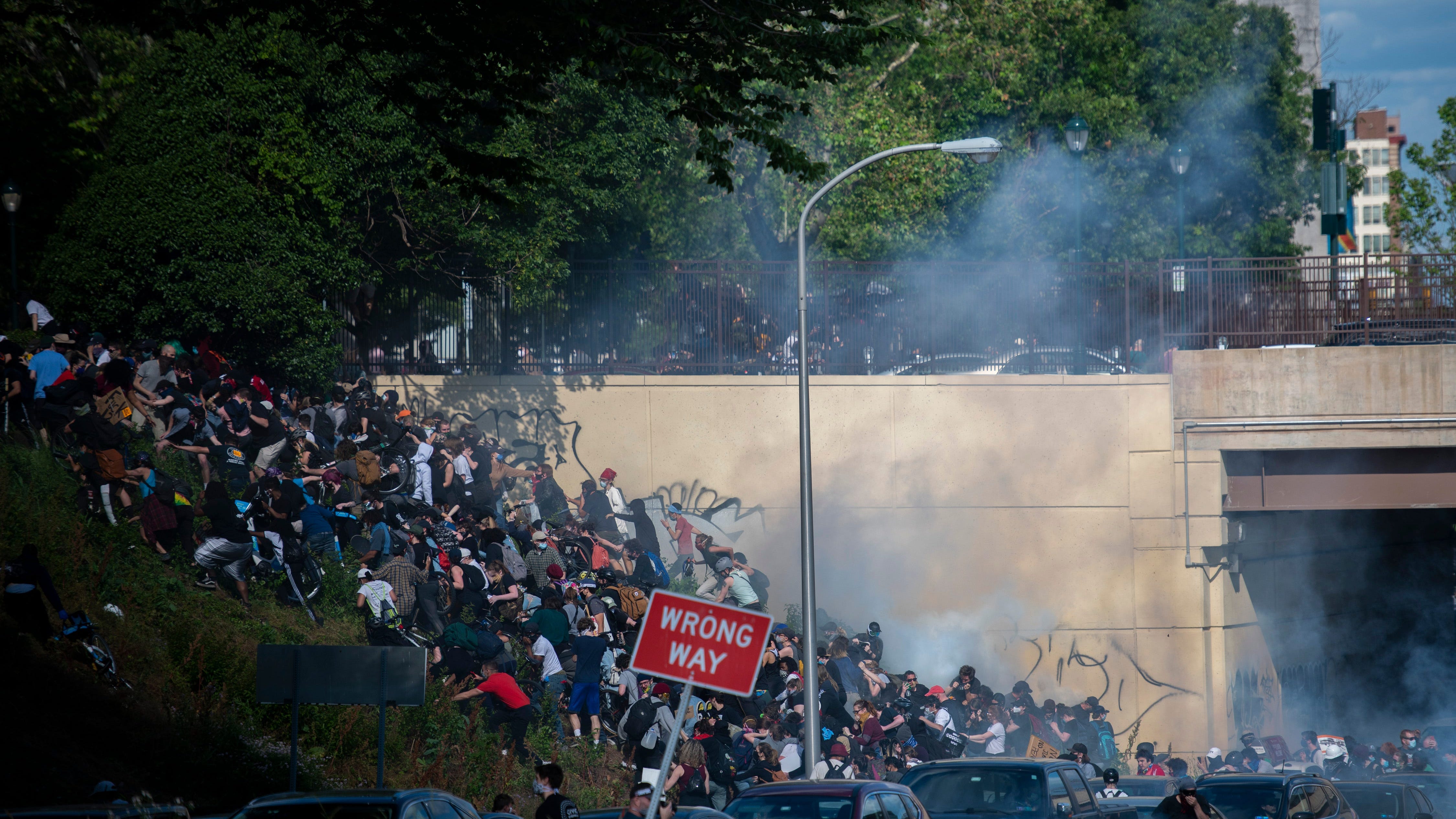 Mayor, police commissioner apologize for use of tear gas on protesters on I-676

So far, two Philly cops have been removed from duty and charged, and a former SEPTA police officer was charged this week.

"Training is key," said Outlaw, "constant radio quips, reminding folks of the Constitution, and what First Amendment activity is."

Now, she said, anytime an officer uses force, they have to report it over the radio.

"So (Internal Affairs) can go back and audit those audio tapes and make sure there was an accompanying use of force report investigation," she said.

Outlaw also wants clearer communication with the public, similar to when the city pushed out notifications about the curfew during those days.