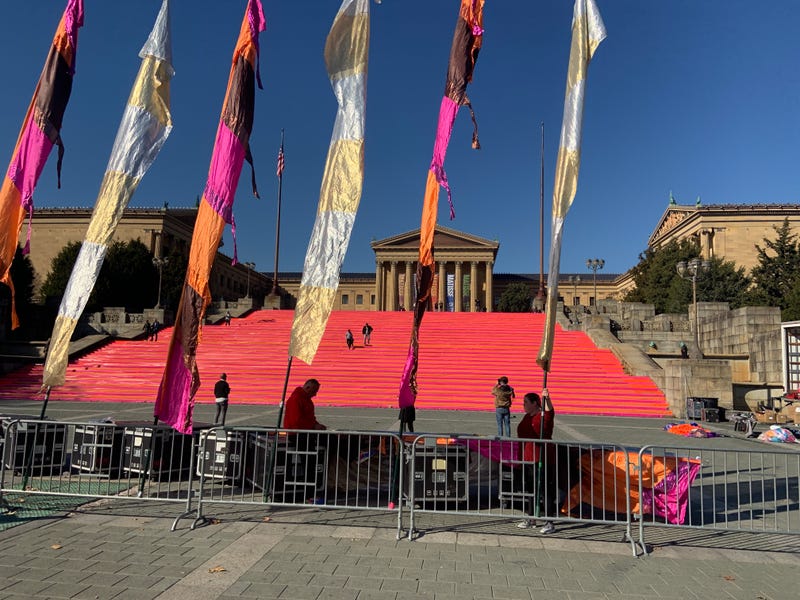 Crews were conducting sound checks, decorating floats, and delivering port-a-potties near the Ben Franklin Parkway on Tuesday. The steps of the Philadelphia Museum of Art will double as a stage for Thursday’s televised parade which, based on forecasts, should happen in mostly sunny weather with temperatures in the 50s.

“We are really excited about the beautiful weather,” said parade co-producer Todd Marcocci.

“I remember the days of being out here with snow, rain, wind, and everything else you can think of, and the stars are lining up, hopefully — knock on wood.”

Marching bands are among the crowd-pleasers every year, and Marcocci says this year's lineup isn’t going to disappoint, with bands from the Midwest, South, and near the Delaware Valley. 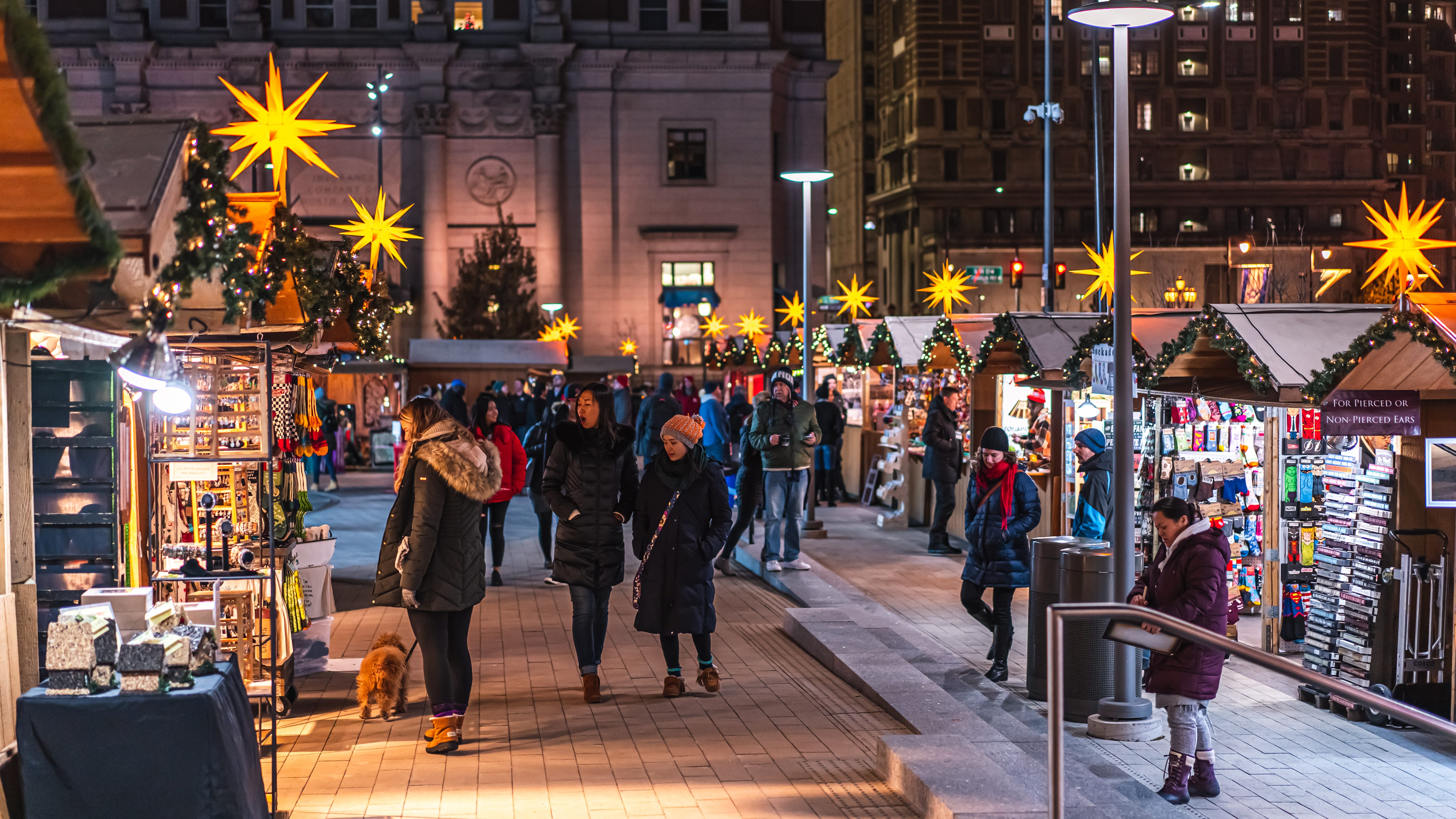 This weekend in Philly: Holiday markets, Winterfest returns, A Longwood Christmas and more

“We have not had that in a long time, so some schools from Allentown, up in the Poconos, New Jersey,” he said.

Fans will watch the marching bands, floats, balloons, dance troops, musical acts like the Spinners and C&C Music Factory, and performers and celebrities from Blue Man Group to Mickey and Minnie Mouse on the 1.5-mile parade route.

The parade starts at 8:30 a.m. by the corner of 20th Street and JFK Boulevard. The route goes east to 16th Street, and north to Ben Franklin Parkway before heading to the museum — see the complete route here. 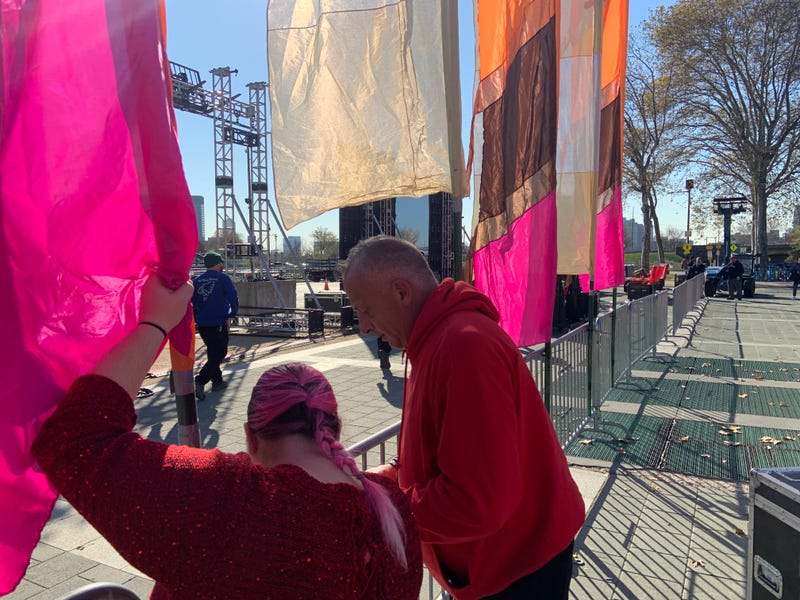 “We really look forward to entertaining the people of Philadelphia,” said Marcocci, “with all of the creativity and excitement.“

That entertainment always ends with Santa Claus, and Marcocci said Kris Kringle is currently preparing with some needed rest and relaxation.

“I think Santa is on a beach some where with a mimosa,” Marcocci quipped.

I’m told Santa Claus will be here in plenty of time for the parade.