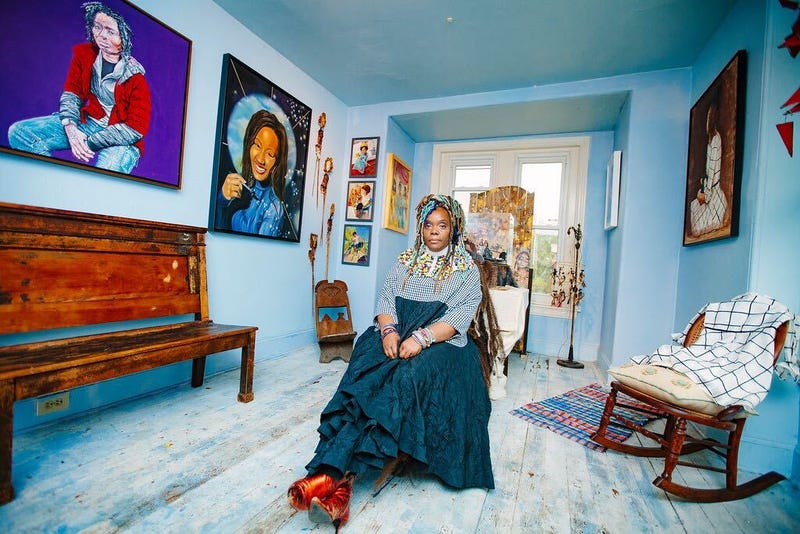 The Colored Girls Museum founder Vashti DuBois is shown with installations from The First Time Ever I Saw Your Face, a traveling exhibition. Photo credit Zamini Feelings
By Shara Dae Howard, KYW Newsradio

PHILADELPHIA (KYW Newsradio) — A new traveling exhibit from The Colored Girls Museum in Germantown, which has made its first stop across the river in West Philadelphia, has been extended another month.

"This exhibit is The Colored Girls Museum’s love note to the ordinary colored girl," said Vashti DuBois, the museum's founder.

Wonderful news! Both of our current exhibitions on view, The first time, ever I saw your face and Echando Ganas will be extending their stay! Book your appointments by June 4th.

DuBois says the exhibit is very special to her because it signifies one of her biggest dreams coming true.

"First Time Ever I Saw Your Face is five-year project in design. Our intention was always that you were looking up at ordinary colored girls. It was also always our intention to create one exhibit that was designed to leave home," she said.

The Slought Gallery, on the campus of the University of Pennsylvania, is the exhibit’s first stop. At the center of the show is a series of portraits focusing on Black girls from Philadelphia.

The multi-installation show is named after the Grammy-winning song by Roberta Flack, released during the civil rights movement.

"This exhibit is really about lifting up Black girlhood as a sacred space, as a space that needs protection, praise and grace," DuBois said.

She says says it is necessary to acknowledge the innocence, diversity and complexity of Black girlhood.

"It’s especially timely now, because people look at ordinary Black girls all the time, and they don’t see Black girlhood. The results of that are devastating," DuBois said.

A recent study by Atlanta-based psychologist Joy Harden Bradford shows that Black girls are often characterized as little women, more mature than they are.

"Black girls [are] being required to do more than should be expected of them for their age," she said. "Even at home, those of us who have daughters and girls in our lives, really expecting more from Black girls."

This, Dubois says, can be a source of real trauma.

"We have recent examples of what that looks like, when people look at a Black girl and don’t see a girl: Breonna Taylor, and our young sister [Ma'Khia Bryant] that was just killed in Ohio." 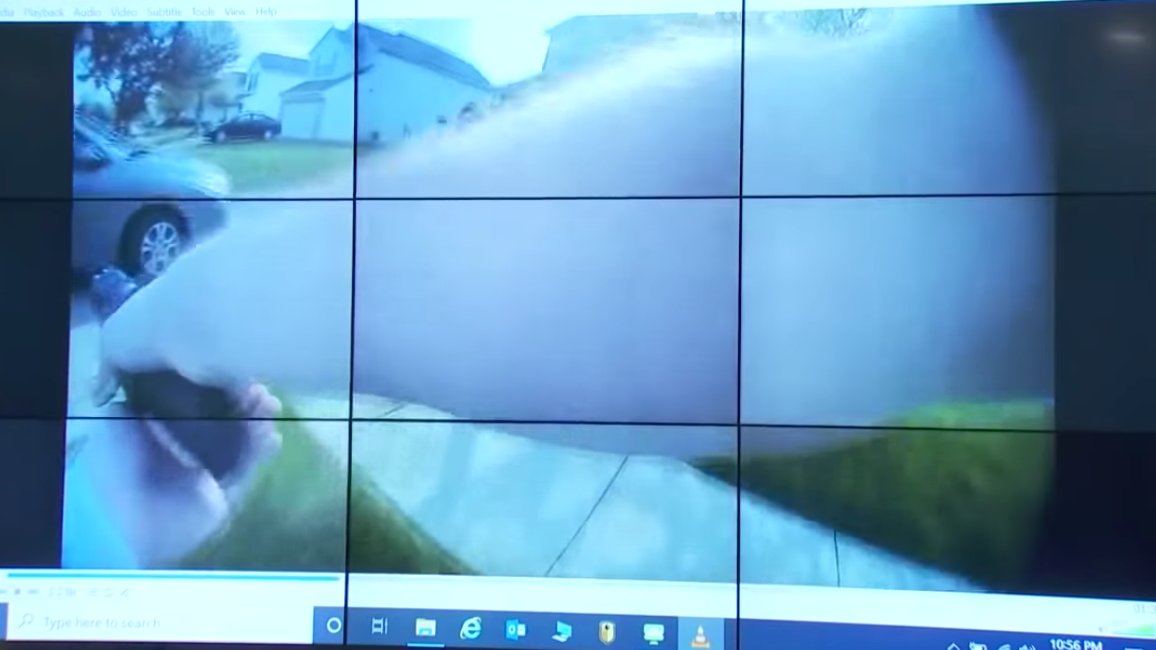 First Time Ever I saw your Face is at Slought Gallery through June 4.

After that, says DuBois, the show will move on and eventually come back home.

"Our intention for her is that she will travel around the country, collect other portraits along the way," she said. "And they will come back here to Philadelphia."