PHILADELPHIA (KYW Newsradio) — The second federally run COVID-19 vaccine clinic in Philadelphia will open to the public on Saturday. There are several white tents set up in the parking lot of the Esperanza complex at 5th Street and Hunting Park Avenue. And members of the National Guard are seen prominently at the site.

When city and FEMA officials toured the facility Friday morning during a soft opening, Health Commissioner Dr. Thomas Farley said the city is adjusting the vaccines that will be used at the site following an announcement of a shortfall of the Johnson & Johnson vaccine. 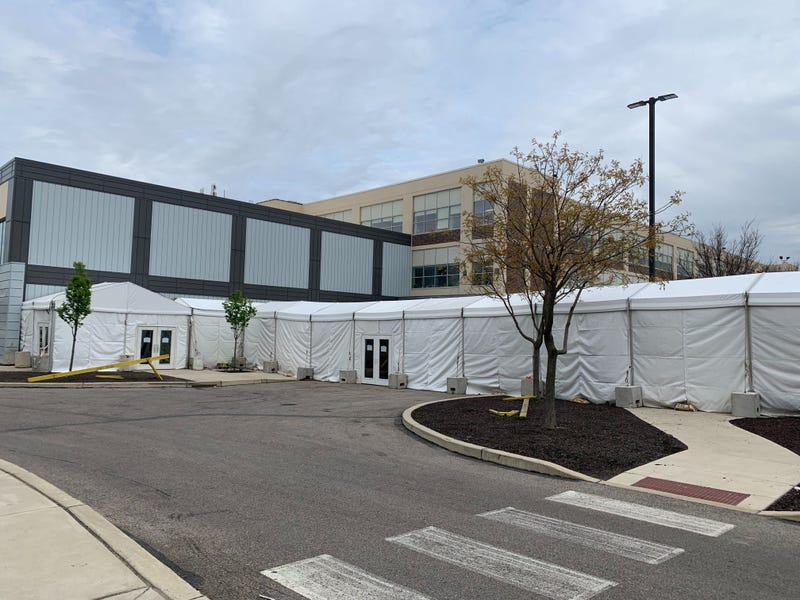 Despite that shortage, Farley says they’ll still be able to vaccinate a minimum of 1,000 people on weekdays and 2,500 on weekends over the next eight weeks at the Hunting Park location.

"We originally had planned to use Johnson & Johnson for the first two weeks of this clinic," Farley said. "Instead, because of that shortfall, we’re going to use it for the first few days to a week, and then we’ll switch to the Pfizer vaccine for six weeks. And then we hope that by the time we’ve done that, there’s enough Johnson & Johnson vaccine to finish it out." 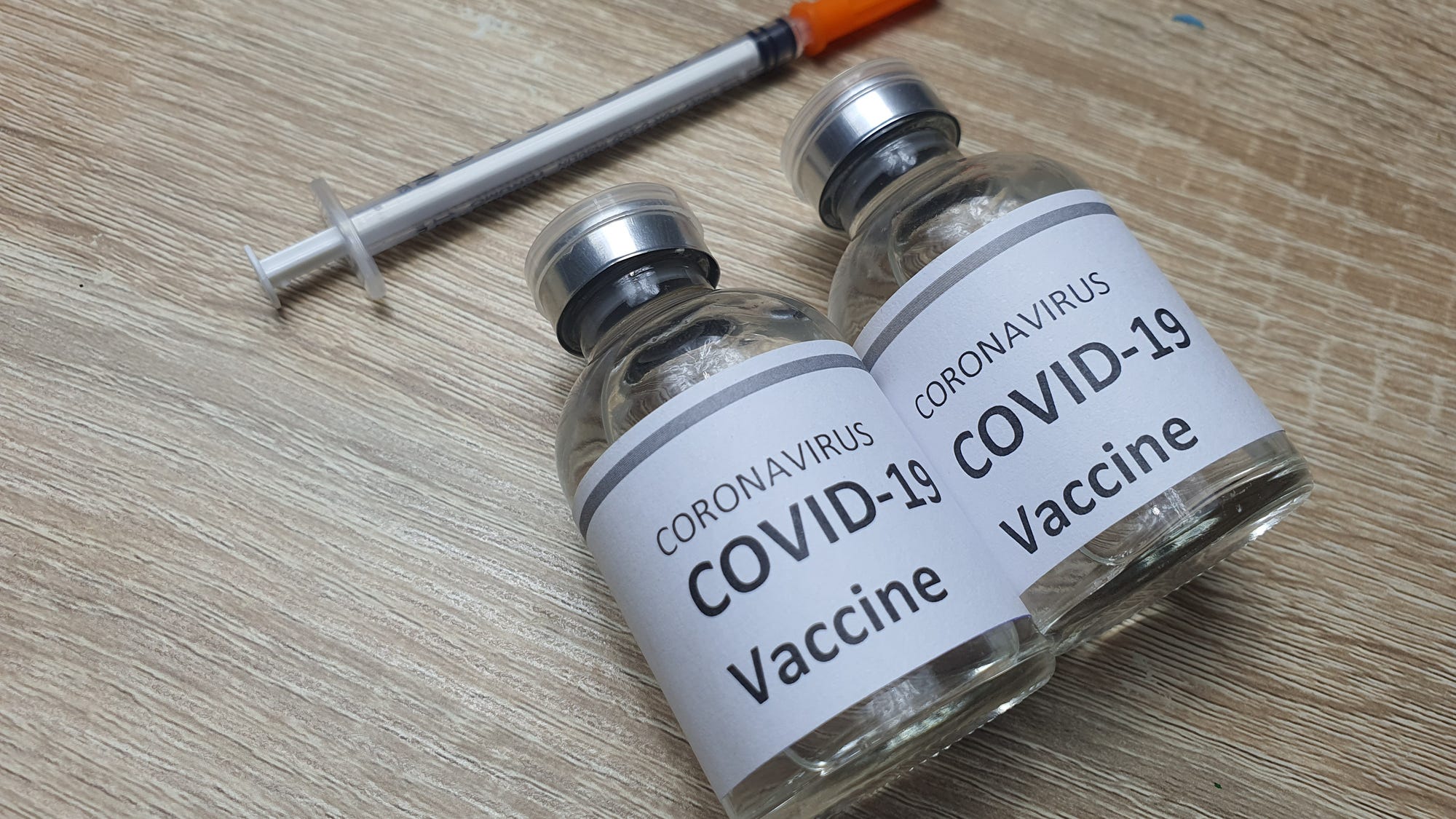 Farley says one-third of Philadelphia's eligible residents are now vaccinated. And he said there’s a reason why the second federal vaccination site was established in Hunting Park.

"This is at the center of the most undervaccinated area of the city," he said.

"Residents in certain ZIP codes, particularly this ZIP Code, are only half as likely to be vaccinated as those in the highest-vaccinated ZIP Codes in the city."

Farley says the city hopes to fix that with this clinic. 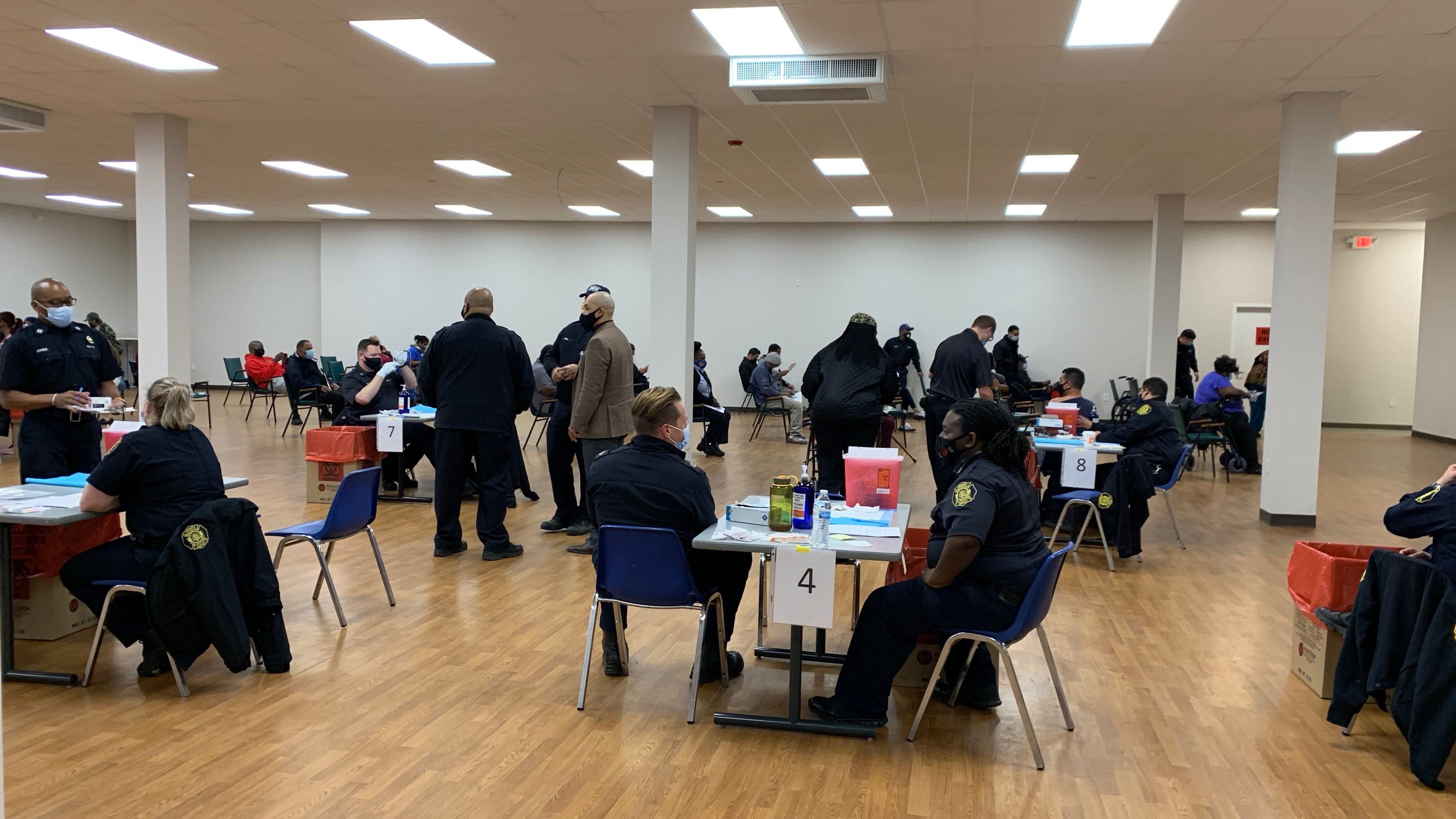 Reverend Luis Cortez, founder, president and CEO of Esperanza, says there are many reasons for that vaccination inequity.

So he says he’s thrilled with the location.

"We’re the least-vaccinated community. We contract COVID at a higher rate than other communities; mostly, because our folks tend to be essential workers," Cortez said. 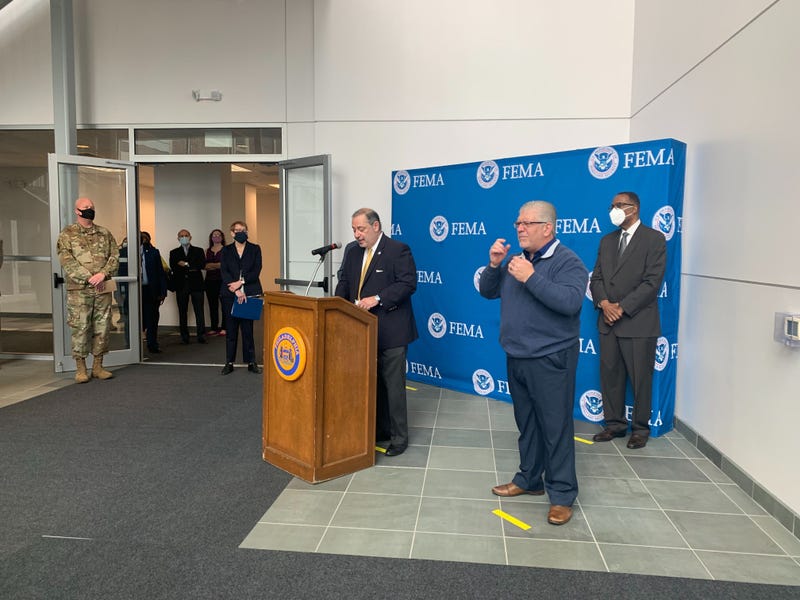 Reverend Luis Cortez, founder, president and CEO of Esperanza, says he is happy with the location of the clinic. Photo credit Hadas Kuznits/KYW Newsradio

Both people with appointments and walk-ins are welcome for vaccinations.

“The ability to walk in is important. Walking up from your house is even more important, And that’s what we have here for the residence of the [19140 ZIP code]."

FEMA acting regional administrator Janice Barlow pointed out that, for people who can’t walk to this site, free parking is available.

"We are hopeful that the accessibility of this site will reduce the barriers to get vaccinated for thousands of Philadelphians," she said.