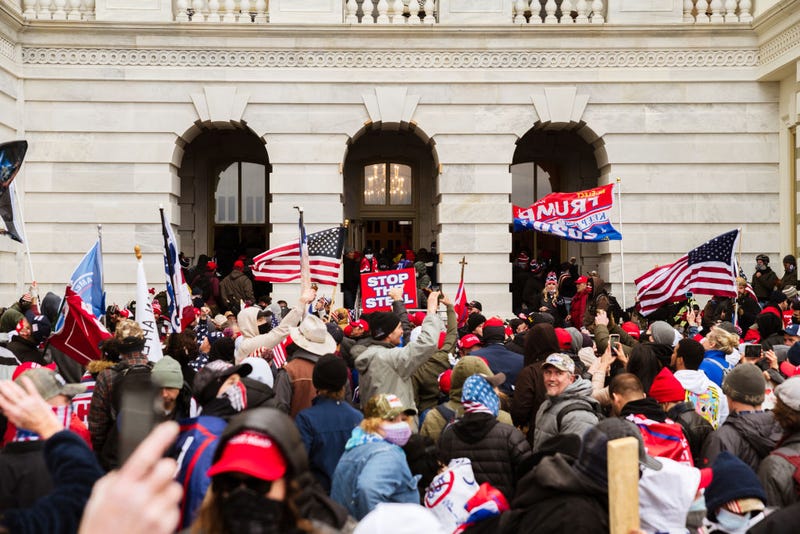 PHILADELPHIA (KYW Newsradio) — Two Pennsylvania lawmakers, one former and one current, are receiving backlash after posting pictures of themselves at the Capitol on Wednesday.

A Facebook post by former state Rep. Rick Saccone that encouraged people in Washington to join him in storming the Capitol came under review by Saint Vincent College, where he worked as an adjunct professor.

As a result of the school's investigation into Saccone's participation at the Capitol, he resigned from his position there.

"We believe that all individuals have a right to their opinion, but when beliefs and opinions devolve into illegal and violent activities, there will be no tolerance," said communications director Michael Hustava as he read part of the college’s statement.

Saccone also posted a photo of himself with Pennsylvania Sen. Doug Mastriano on Wednesday.

Bumped into fellow patriot doug mastriano at the front of the capitol. What do you think?

Mastriano later released a statement, stating that he and his wife left the area once it became apparent the protest was no longer peaceful.

He also condemned the lawlessness of the day, a sentiment echoed by fellow state lawmakers, including Republican state Rep. Tracy Pennycuick.

"Peacefully protesting is the American way, but you should not destroy property. You should not require people to barricade in the Capitol because they're fearful,” Pennycuick said. 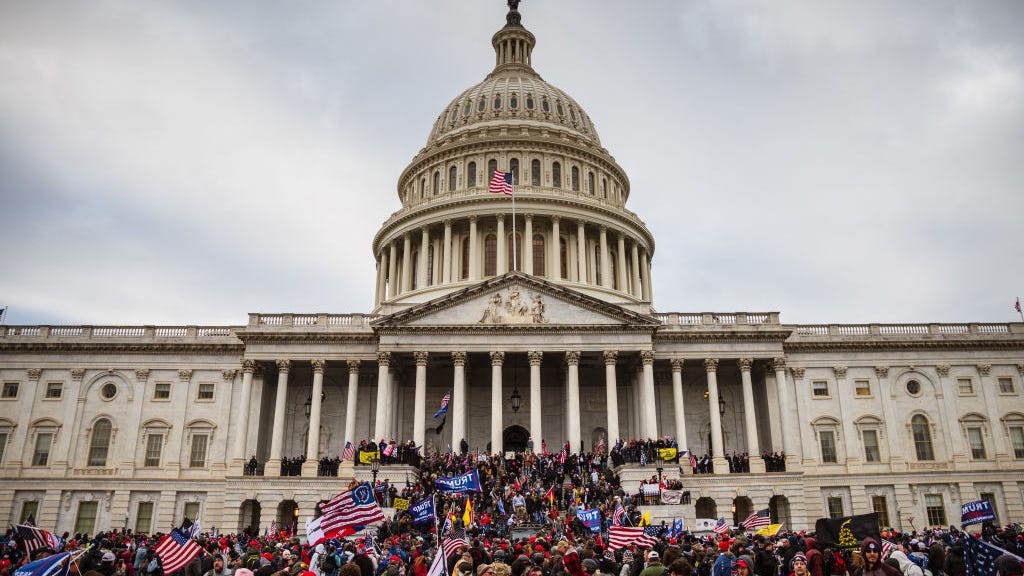 ‘He incited this’: Strong words from Pa. lawmakers on Capitol chaos

"We talk about words like sedition, insurrection, seditious conspiracy, treason, and oftentimes people think that those are terms of art because we haven't had to use them in the United States,” said Democratic state Rep. Brian Sims.

Sen. Anthony Williams released a statement calling to expel Mastriano from the body because he said it seems the senator “was involved” in the planning and executing of this insurrection.”

Sen. John Kane echoed that, saying, in part, "It is a danger to our Commonwealth to have someone this irresponsible in their actions as an elected official in this government. Senator Mastriano should resign immediately or be removed from office."

Pennsylvania Senate President Jake Corman released his own statement, saying that without facts to dispute Mastriano's denial of his involvement, the Senate “has no cause to act.”

Attorney General Josh Shapiro, when asked, said he was not going to comment on the state of any of their investigations.

"All I will tell you is that we are in communication with our law enforcement partners and we will work together to hold anyone accountable who broke the law,” Shapiro said.