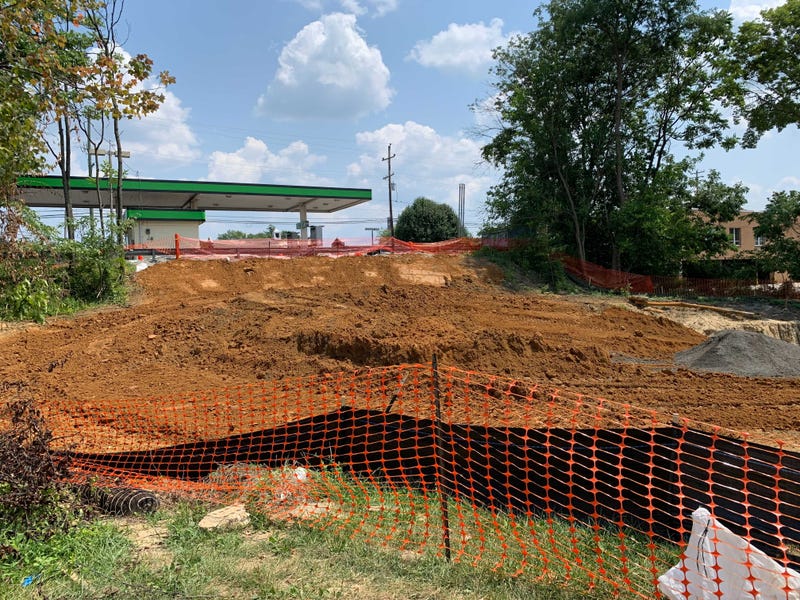 The area behind the Gas N Go at Coebourn Boulevard and Edgmont Avenue in Brookhaven is blocked off due to last month's fuel spill. Photo credit Jim Melwert/KYW Newsradio
By Jim Melwert, KYW Newsradio

Fuel delivery driver George Smith of Vineland is charged with causing and risking a catastrophe, clean streams law violations and related offenses for the June 11 fuel leak at the Gas N Go on the corner of Coebourn Boulevard and Edgmont Avenue.

He said Smith went out of order with his deliveries, stopping at the Gas N Go first instead of last. He had 8,500 gallons of fuel in his truck — more than the Gas N Go tank could hold. He didn’t want to drive back and extend his route, so Stollsteimer said Smith dumped it instead.

“Because he didn’t want to take a truck back with half a load of gasoline,” Stollsteimer said, “he put the hose through the guardrail and emptied the gasoline into the environment, into the stream, into the community and into this school area.

“He purposely deposited 4,000 gallons of gasoline into this community.”

The gas station and the transport company are cooperating and are not at fault, since the district attorney said the driver violated company policy.

Emergency officials are still monitoring nearby creeks and Coebourn Elementary School, which was forced to return to remote learning for the last week of school due to the spill.

Animals, including foxes, fish, turtles and frogs, died because of the contamination in their habitats. To date, more than 100 large trucks of contaminated soil have been removed from the area. 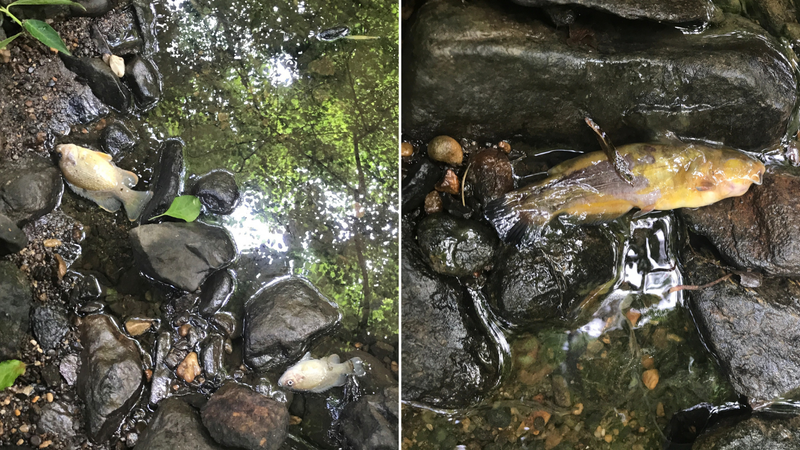