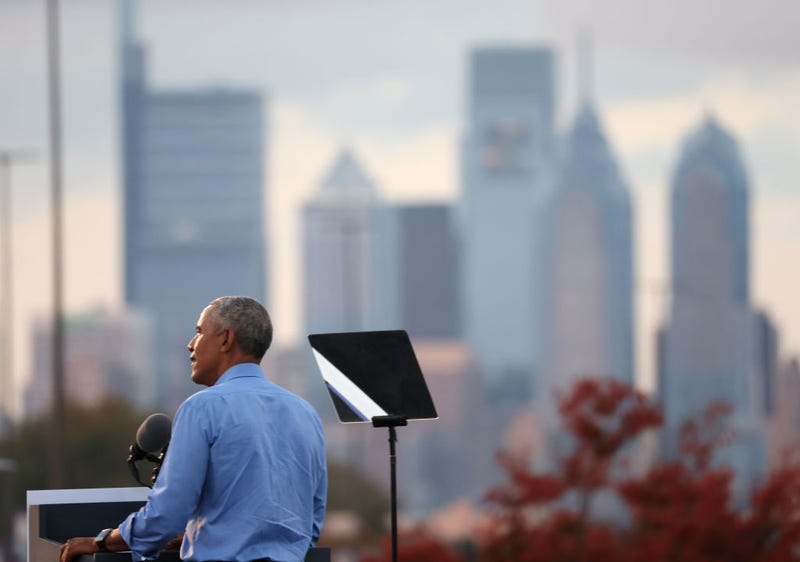 With a big “hello Philadelphia,” Obama kicked off his 30-minute rally, where he stressed over and over again the importance of getting out and voting.

“Thirteen days until the most important election of our lifetime. And you don't have to wait for Nov. 3 to cast your ballot,” he said.

In fact, he told everyone to vote as soon as possible.

At the rally, he brought up Obamacare, and got a mix of cheers and honks when he spoke in support of the Black Lives Matter protests.

“It’s really exciting. It’s very nice. What’s great is everyone is social distancing and being real careful. It’s nice politicians are concerned about the people that are there watching them, making sure they’re safe,” said  Johnny King-Marino, who attended the rally.

Attendees were told to stay in their cars, but once Obama hopped on the stage, many got out of their cars and headed to the barriers.