PHILADELPHIA (KYW Newsradio) — A small delegation from the Jewish Federation of Greater Philadelphia is heading to the Ukraine-Poland border this weekend to assist refugees and the Jewish community.

President and CEO Michael Balaban and board co-chair Gail Norry are among the volunteers making the trip. Their job will be to assist aid workers and, most importantly, bear witness.

“In 1942, the Warsaw train station was a place that the Jewish community was collected to and sent off to the gas chambers,” said Balaban. “Today, this is a place where people are finding refuge and looking to escape to a new life that, frankly tomorrow, they don’t know what it’s going to be.”

He said about 200,000 Ukrainian Jews were displaced amid the Russian invasion, 47,000 of whom are considered vulnerable populations. About 10,000 of them are Holocaust survivors. 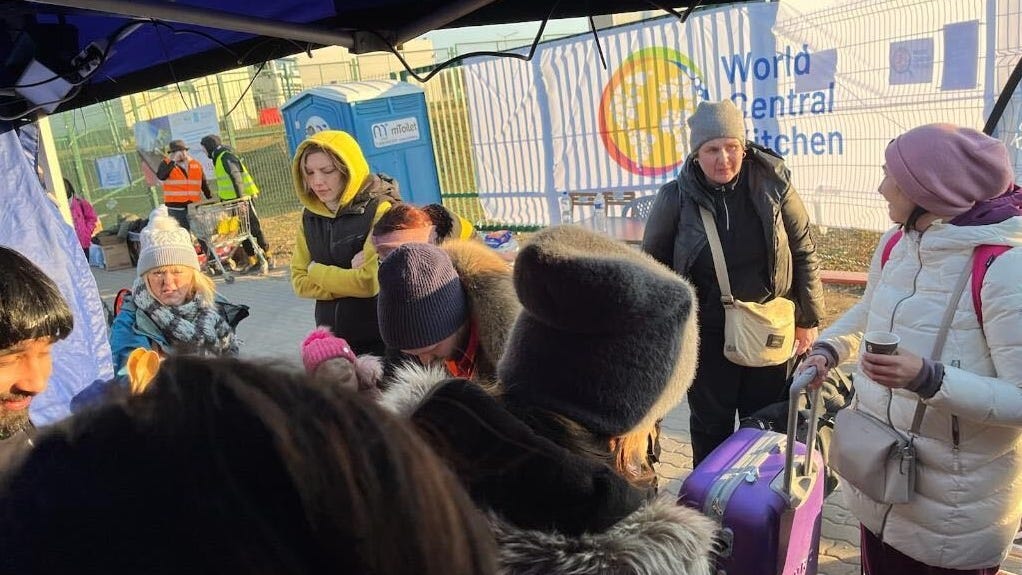 The delegation is bringing plenty of supplies with them — everything ranging from children’s toys to diapers to hygiene products.

“I’ve got a bag of probably 50 pounds worth of brand new socks,” said Balaban. “People have been walking for days.”

Synagogues and churches in the region are also collecting resources.

“If you’re compelled to go to the store, pick up new items that can be donated,” Balaban advised. “I would suggest don’t go cleaning out closets or anything of that. New items are extremely helpful.”

Balaban added many organizations are raising money for Ukrainian refugees, including the Jewish Federations of North America.

As we head into Shabbat, our CEO & President Michael Balaban has a special update about the current work we are doing to address the Ukraine crisis, including the $24.5 million raised thus far by Jewish Federations. Learn more at https://t.co/HVWEOpJ9X9 pic.twitter.com/JBFd5SjaxX