Voter guides: Everything you need to know in the Pennsylvania primary 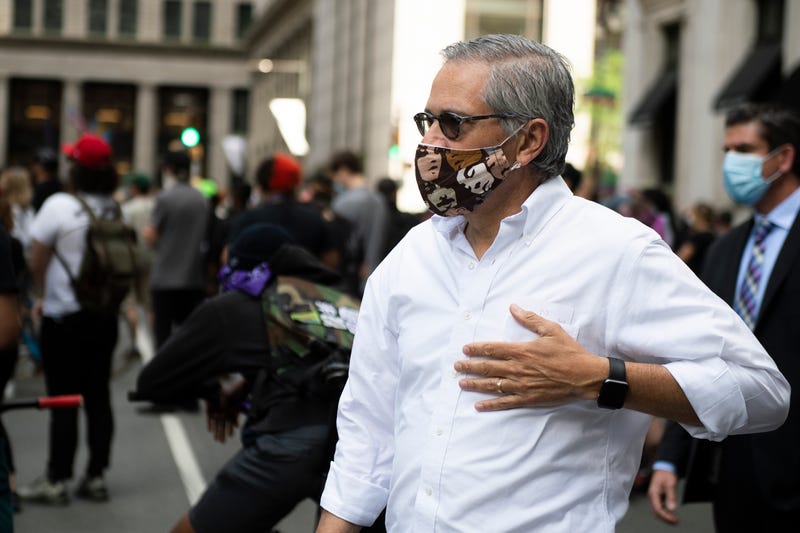 PHILADELPHIA (KYW Newsradio) — In a highly unusual move, the Philadelphia Democratic City Committee executive board has decided not to endorse incumbent Larry Krasner for district attorney in the upcoming primary.

The only citywide election in the last 45 years when the committee didn’t endorse the incumbent was the last sheriff’s race, when incumbent Jewell Williams was the target of multiple sexual harassment lawsuits.

Krasner is facing no such scandal, but party officials privy to the executive board’s discussions say many ward leaders strongly opposed an endorsement and said they would not support the party’s ballot if he was at the top of it.

Committee chairman Bob Brady said an open primary was preferable to risking the party’s endorsed judicial candidates. Individual ward leaders may promote Krasner, but he said many would likely back his opponent, Carlos Vega — a former prosecutor who Krasner fired his first week in office.

The lack of party support underscores how controversial Krasner has been. He ran as a reformer four years ago and has fulfilled his promise to free the wrongfully convicted, reduce bail requests and stop seeking the death penalty. But critics say he has dropped or lost too many cases and failed to consider victims in his quest for decarceration.

Krasner’s campaign spokesperson did not respond to a request for comment.