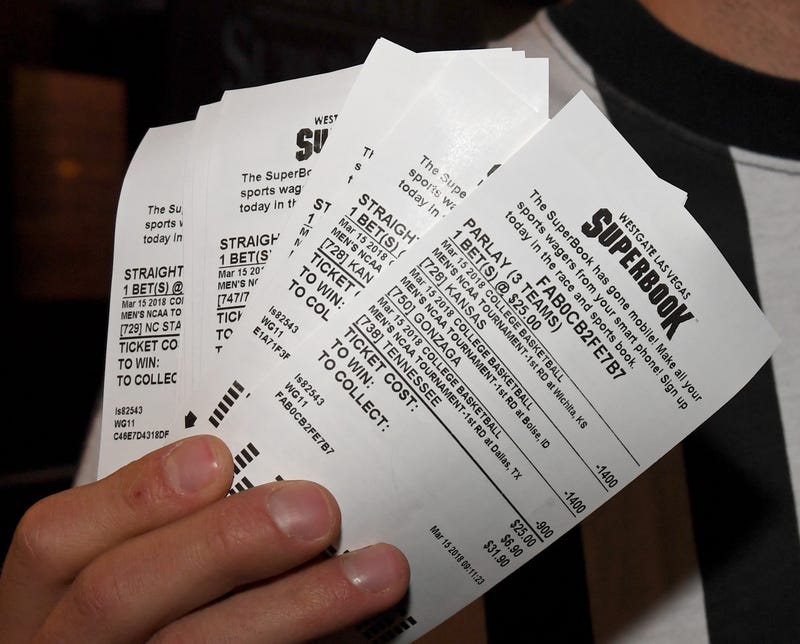 PHILADELPHIA (KYW Newsradio) — This year’s March Madness is highly anticipated after 2020’s NCAA Tournament was canceled due to the onset of the coronavirus pandemic.

According to ODDS.com, the American Gaming Association projects more than 47 million Americans will place bets on March Madness — so it’s no coincidence that Problem Gambling Awareness Month falls in March.

The effort makes sure “people who are engaged in gambling, whether it’s brackets or other forms of gambling, are also aware that gambling can be a problem for some, and it can actually turn into an addiction,” said Jeffrey Wasserman, judicial outreach and development director for the Delaware Council on Gambling Problems.

Wasserman said he isn’t anti-gambling. The purpose of this month is to “raise awareness and draw attention to gambling as a problem.”

With people being in isolation for much of the past year coupled with all the new ways to place bets online, Wasserman calls it the “perfect storm.” He said it’s important to recognize the signs of someone battling addiction.

“Are you spending too much time gambling and not engaging with family or friends?” he asked. “Are you finding that you’re checking your phone constantly because of bets that you have pending? Are you losing enjoyment of other things in life because of your focus on gambling?”

Gambling disorders often tend to worsen, he added. Relationships can deteriorate, jobs can be lost, people could turn to criminal behavior to pay off debts — a pursuit Wasserman knows too well.

“I’m 65 years old. I probably gambled since I was 18,” Wasserman said. “And my gambling addiction really progressed over the years, making me just a different person, making me discard my values and my value system I raised my kids with. Gambling became the most important thing in life for me.”

After more than 30 years as an attorney, Wasserman lost his career because of gambling. He was in a dark place.

“I thought that there was no hope to continue with my life because of my shame that gambling brought to me and because of the harm it caused my family,” he remembered.

He’s been in recovery for the last five years. He attributed part of his turnaround to his family, who recognized he had a problem. Now with the Delaware Council on Gambling Problems, he’s helping people like him.

He hopes others can help too, simply by being reasonable and using common sense when talking about their own bets. If you post on social media about your win, talk about the good you’ll do with that money, rather than saying you’re going to gamble it more, he advised.

“You don’t want to create this fantasy among minors and others that gambling is the solution to financial problems,” he added. “Because when people view gambling and engage in gambling to solve financial problems, more often than not, it’s going to not solve their problems but make them worse.”

The council is also hosting its annual Problem Gambling Awareness Conference online on March 24 and 25.