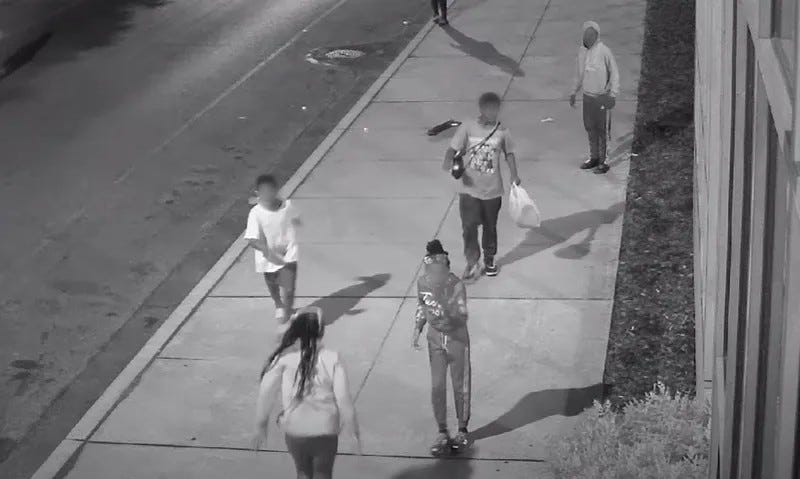 PHILADELPHIA (KYW Newsradio) — Philadelphia police are searching for a group of young teens caught on surveillance video attacking an older man with traffic cones, killing him.

“The largest of the males is the first person that I see on video striking Mr. Lambert from behind with that construction cone. Mr. Lambert takes a spill onto the sidewalk," Smith explained.

Surveillance video uploaded to the PPD YouTube channel showed Lambert getting hit, trying to walk away from the group, and getting hit again. This second time, he was hit by one of the young women, using a construction cone.

"The Medical Examiner's Office ruled the cause of death to be blunt-force trauma to the head and the manner of death was ruled to be a homicide," Smith added. 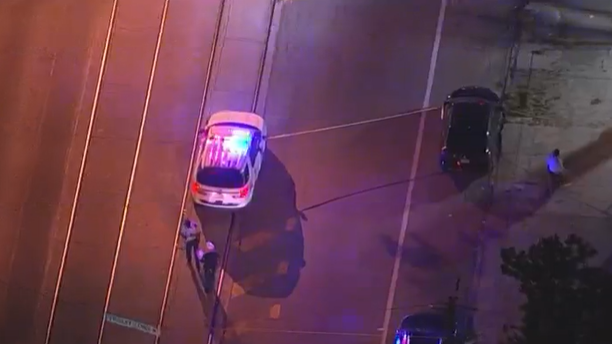 The kids appear to be in their early to mid-teens, and at least one of them had his phone out and appeared to be recording the incident, so there could be additional footage of the attack out there.

“The message I would like to put out there would be to the parents of these juveniles if they are aware that their son or daughter is involved in this incident," Smith said.

"I think that the best course of action would be for them to contact an attorney and then contact the homicide unit and make arrangements to have themselves turned in.”

“They have to repent for what they’ve done,” Elsie Stephens, Lambert’s sister, told NBC10.

Lambert’s niece Tania Stephens is pleading to anyone with information on the teens’ identities to turn them in.

“They have nothing to do but trouble,” said Stephens.

“Even I still can't comprehend that teenagers would beat an old person that bad in the street for no apparent reason, and tried to get away and then kept beating him.”

The city is offering a $20,000 reward for information leading to an arrest.

Anyone with information about this crime is asked to call 911. Tips can be submitted anonymously online, or by calling or texting 215-686-8477.