PHILADELPHIA (KYW Newsradio) — Add B. Anderson Elementary School in Cobbs Creek, Paul L. Dunbar Elementary in North Philadelphia and Frankford High School in Frankford are the latest additions to one of the mayor’s signature programs.

A total of 20 schools are now designated to receive services such as food pantries, arts and culture events, and after-school programs.

Frankford High School principal Mike Calderone said becoming a community school will help to give his students a respite from the effects of gun violence.

"The safe space community options for our children to learn, play and grow seem to dwindle by the day,” Calderone said at a City Hall news conference Tuesday. “That’s why I’m so thankful for this opportunity.”

But by other measures, she said, the city believes the program is worth expanding. “Certainly you can look at the fact that we are front loading services and I believe stabilizing families. That’s one of those qualitative measures that’s difficult to put out there but from what we get from survey results and other things we believe it is definitely having the desired effect.” 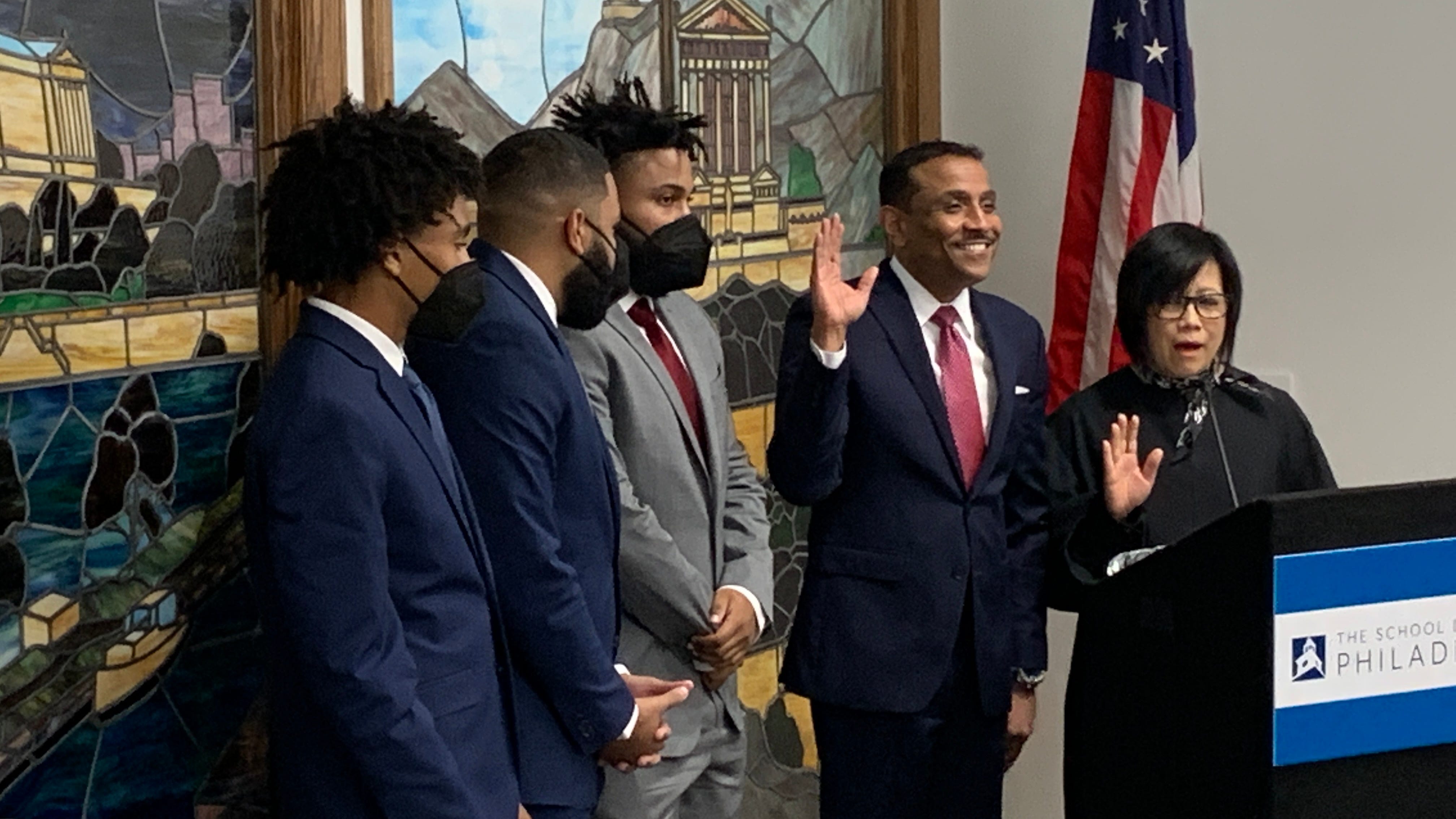 “We look at the attendance data,” said Maxwell Akuamoah-Boateng, the Community Schools program’s operations director. “ We’re also looking at survey data from parents at the end of the school year.”

Kenney pointed to measures that don’t show up in academic data.  “These resources being brought in, I think, are giving them satisfaction and giving their parents satisfaction – and their teachers and principals satisfaction that we’re all in this together,” Kenney said.

The three schools were chosen from eight that applied.  Schools in areas with high gun violence and low school attendance were given priority, the city said.

“The safe space community options for our children to learn, play and grow seem to dwindle by the day.  And that’s why I’m so thankful for this opportunity,” said Frankford High School principal Mike Calderone.

“We envision our school being an oasis,” said Anderson principal Laurena Zeller. “ A one-stop hub where our students, families and community members can have access to a multitude of resources and support.”

“Having served as a principal three times, I would have loved to have had the opportunity to be selected as a community school,” said new Philadelphia schools superintendent Tony Watlington.

Coordinators at some of the city’s 17 existing community schools said they’ve seen increases in attendance, fewer suspensions, and positive reviews in parent surveys.