PHILADELPHIA (KYW Newsradio) — A new exhibit at the National Liberty Museum highlighting the Puerto Rican experience collects the multimedia work by artist Johnny Irizarry. It is called “La Brega,” which translates as “the struggle.”

Museum CEO Alaine Arnott says the exhibit fits into the museum’s mission of highlighting the fight for liberty.

“We get to look through the lens of a very specific movement, through Johnny, through the Puerto Rican culture,” Arnott said.

“Puerto Ricans in Philly go back to the late 1800s with Cubans and Spaniards. You know, Philadelphia was an important port. It was also one of the centers in the country of industrialization.” 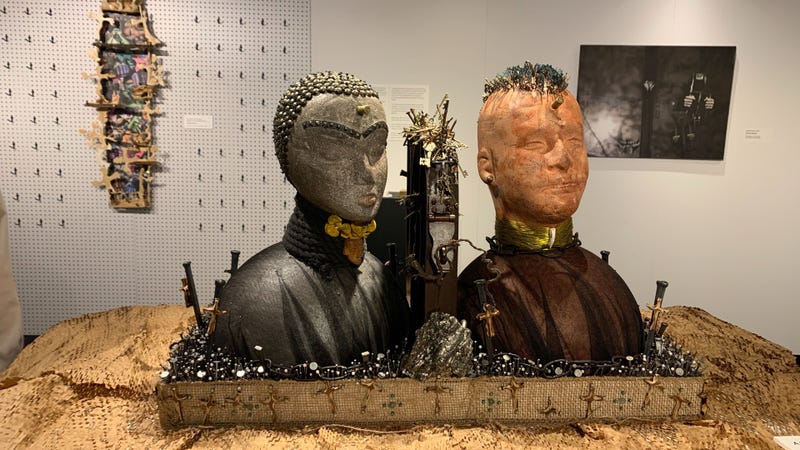 Irizarry’s work touches on themes of oppression, climate change, gun violence and colonization — but also culture, hope and spiritual traditions. “La Brega” points to some of the challenges Puerto Ricans have faced — “the rebuilding after the hurricanes five years ago; the political turmoil or corruption in the government,” he said.

He also highlights the internal struggles that come with living in the Puerto Rican diaspora. 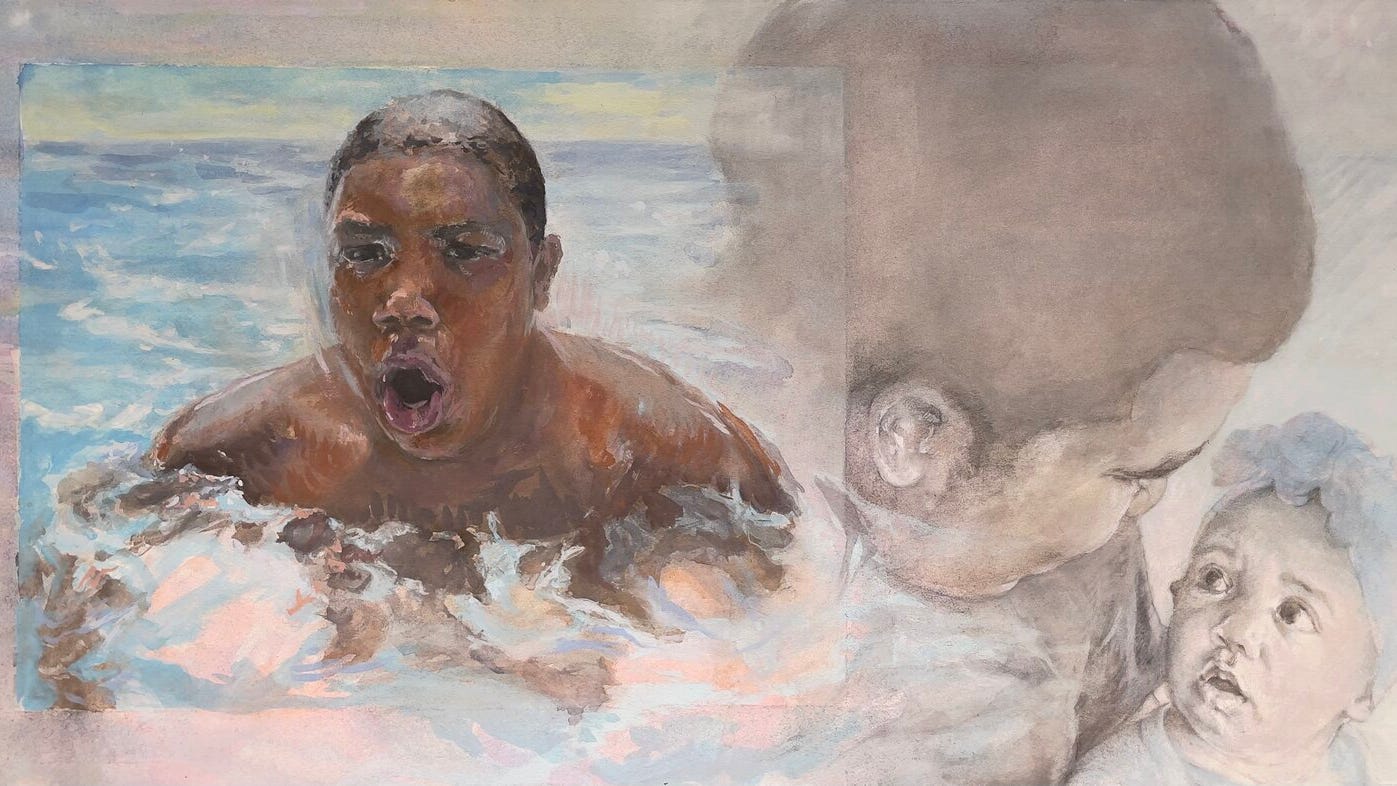 “Puerto Ricans are citizens of the U.S. in 1917. So it was not immigration, it was migration — coming from Puerto Rican territory to U.S. territory, the mainland,” he said.

“We are a colony, basically, of the United States. And that experience presents some very complex results when it comes to self identity, to this understanding of duality or biculturalism, bilingualism.” 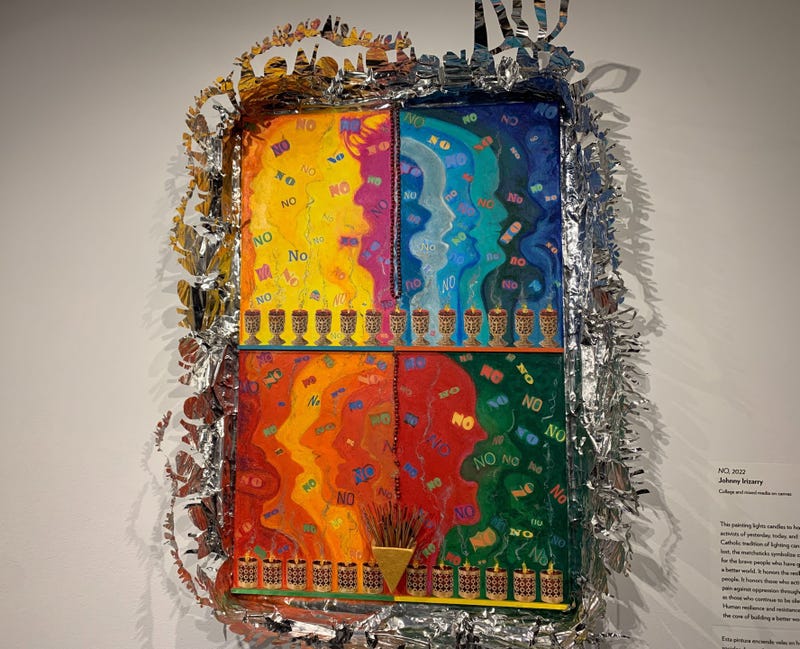 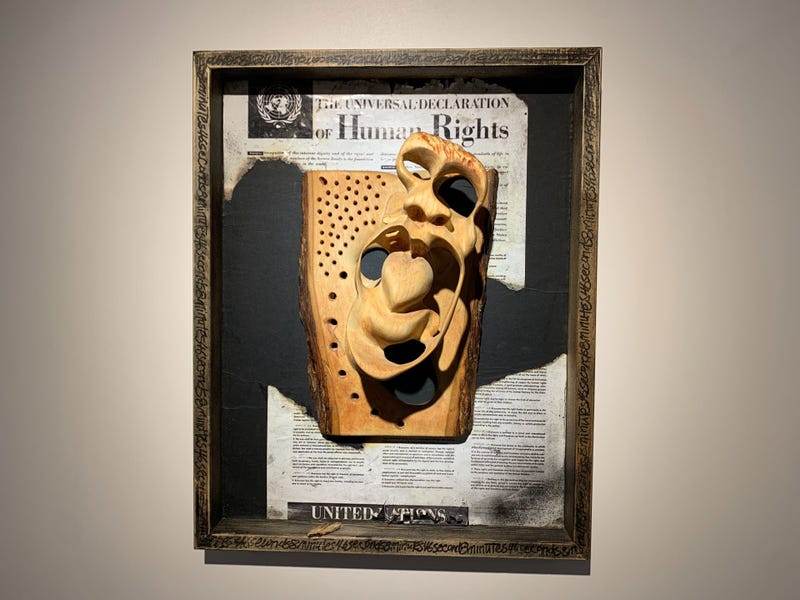 For a separate section of the exhibit dedicated to youth artists, the museum is partnering with Taller Puertorriqueño, a museum in Kensington that showcases the artwork and people of Puerto Rico, Arnott said.

On April 7, the museum will host an official opening celebration for the exhibit, which runs through Aug. 15.