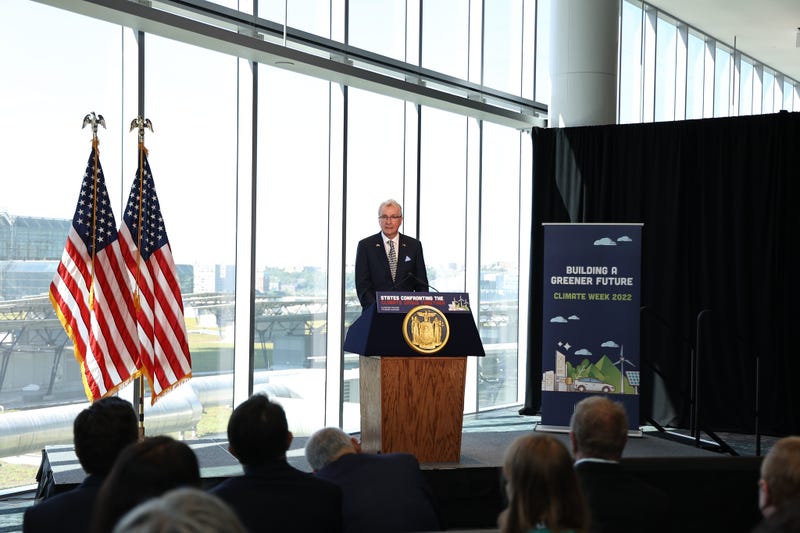 Part of the governor’s announcement was an increased commitment to off-shore wind energy. He signed an executive order to increase production by about 50%.

“This is an aggressive target, but it is an achievable one,” he said.

“Reaching this goal will allow us to power millions of New Jersey homes and businesses with green and reliable energy derived from something we have all taken for granted for a long time — the breezes off the Jersey Shore.”

Murphy said it’s time to put to bed the false narrative that the state can strive for green energy or a strong economy but not both. He said the state continues to lead and blaze trails in green energy production because it’s good for the environment and the economy. “Achieving this goal will create thousands of jobs up and down the supply chain, strengthening our economy from end to end,” said the governor.

Murphy said investments in green energy are also investments in families, providing some measure of environmental justice for communities ravaged by industrial waste.