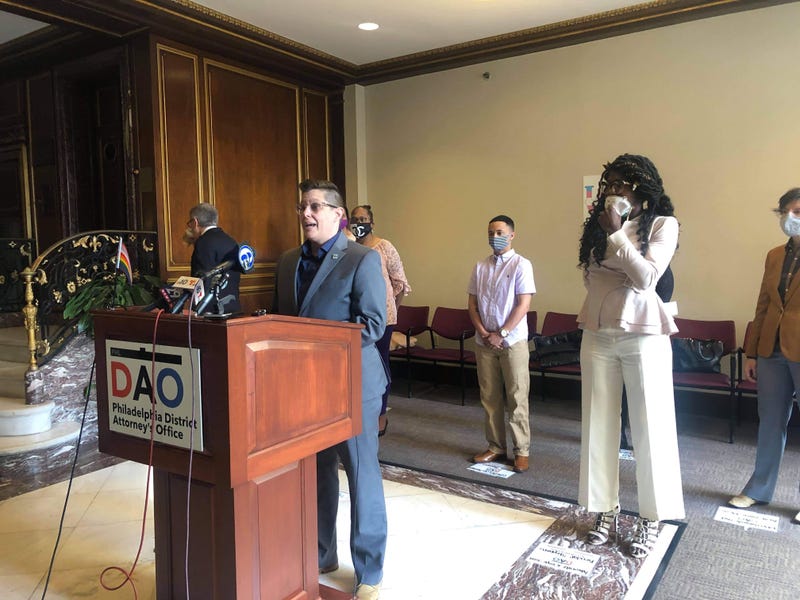 PHILADELPHIA (KYW Newsradio) — A tracking tool is helping the Philadelphia District Attorney's Office identify members of LGBTQ communities in the criminal justice system. The goal is to help LGBTQ victims get the resources they need faster.

"For me, and for LGBTQ folks in general, there’s was no way for us to actually identify cases unless someone told me about it or we found out through community," Burkhardt said.

"We literally had no clue unless I went digging, or an [assistant district attorney] or victims services person called me or texted me to say, 'Hey, I have an LGBTQ case. They say they want LGBTQ resources."

Together with the office’s data lab, they developed the LGBTQ arrest identification spreadsheet, making it easier to track and record cases with specific needs and provide resources to victims.

"Now we’re able to ID them right away," Burkhardt said. "We pull key words off of important documents we get from the police department, and that’s how we confirm if a case is queer or not."

Tyler Tran with the data lab helped design the spreadsheet and explains that key words are vital to the tool.

"Some of the key words are 'lesbian,' 'trans,' 'gay,' 'queer' -- and then some are related to LGBTQ community and medical centers that cater to queer people," Tran said.

"The people make an arrest. Then the police will write up the facts of the arrest and if any of the words match any of the LGBTQ key words then an email is sent."

Burkhardt and other coordinators now get the email in 24 hours rather than weeks or longer, but Tran says the tool also depends on the information reported.

"A lot of attacks on marginalized people are underreported, and this type of tool will be useful in terms of connecting people with services," Tran said.

They say, most importantly, the tool provides a centralized way to compile data for the LGBTQ community and in the future they hope this can be used to help track hate crimes.