PHILADELPHIA (KYW Newsradio) — It's been almost a week since Philadelphia officials announced a peaceful resolution of the protest encampment on the Parkway, but the tents are still there. A few dozen residents remain at the site and city officials won't predict how much longer before it's cleared.

Last Tuesday, officials and camp organizers said they reached an agreement to clear the camp by the weekend in exchange for a transfer of properties to a land trust that would begin five days after the camp was cleared.

Homeless Services director Liz Hersh said there are about 35 people left that still have not accepted the city's offer of shelter.

Hersh said the city is offering hotel rooms for the elderly and vulnerable, rehab housing, rapid rehousing and shelter beds, and all told, nearly 200 camp residents have taken them up on it since July.

Protest leader Jen Bennetch said camp organizers are also working to clear the area. Both say no one will be forced out.

The camp has been there since June 9.

Mayor Jim Kenney thanked neighbors for their continued patience and said he thinks this is the right approach.

“We didn't want to do anything that would precipitate any more protest or violence. I also didn't want to put our police in harm's way also, maybe get hurt or be criticized for actions they took and wind up being disciplined or fired,” he said. 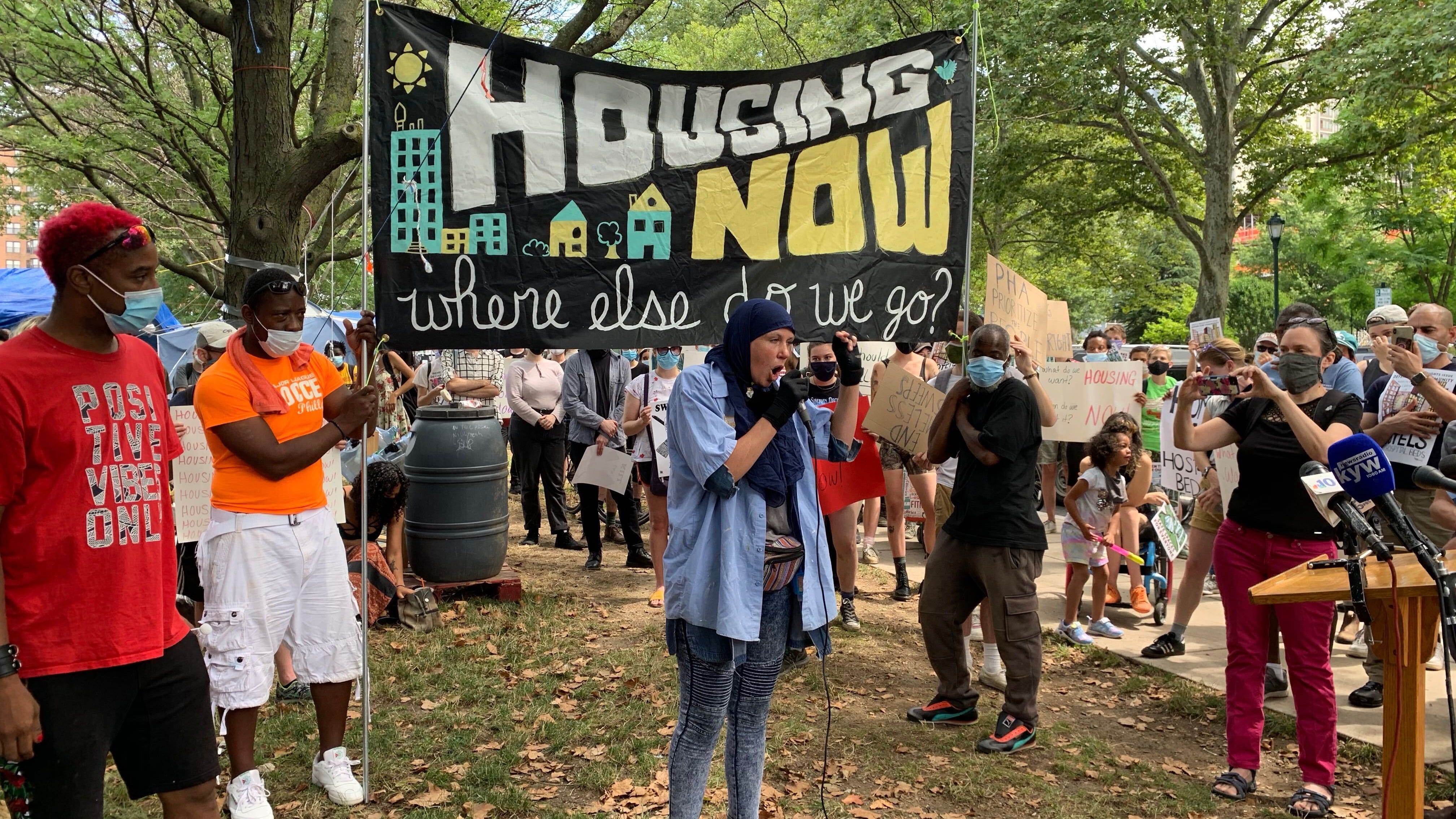 Hersh said it will be up to camp organizers to take down the tents, which she said are mostly empty.

The city has cleared away wooden pallets that had been used as a kind of fortification around the area, the Sanitation Department has cleaned up trash and the Department of Licenses and Inspections is on the scene with bins for anyone that might want to put things in storage.

Hersh said outreach workers continue to work from the periphery, near the Rodin Museum.

"We're still trying to work with them for them to come in," she said.

Under the agreement announced last week, the city would eventually transfer up to 50 properties for the protesters to fix up and use for housing.

But a city spokesman said the process cannot start until both the camp is clear and the organizers have established a land trust to accept the properties.