PHILADELPHIA (KYW Newsradio) — An overnight water main break in the Queen Village section of Philadelphia left a number of residents without water and power, and officials cleaning up a mess. Some people have even been dealing with flooding in their homes.

It was shortly after midnight when the 30-inch water main broke on the cast iron pipe at Sixth and Bainbridge streets, according to the Philadelphia Water Department's Brian Rademaekers.

"We responded immediately and started trying to isolate the break," said Rademaekers. "It caused significant damage in the intersection. So right now we're pumping water out of cellars and trying to help out customers in the vicinity."

He said it's going to take a while to get everything cleaned up and back to normal, as well as to fix the gaping hole filled with water in the middle of the street. As to how long, they're not quite sure. 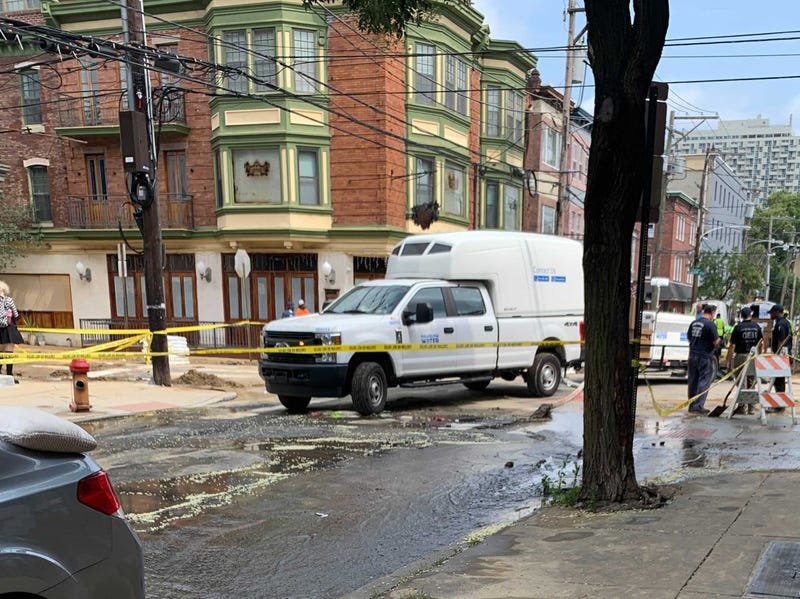 Crews work to get a water main break at Sixth and Bainbridge Streets under control. Photo credit Kristina Koppeser/KYW Newsradio