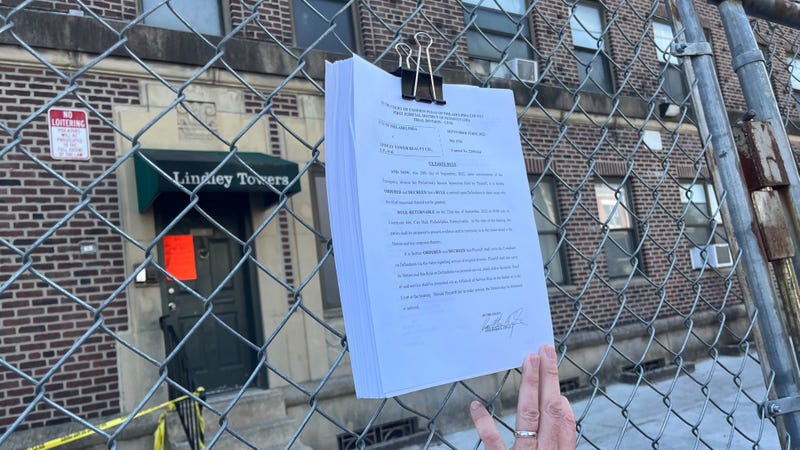 Legal filings from the City of Philadelphia were posted on the fence where an apartment building in Olney partially collapsed, before being removed by a building worker who would not identify himself. Photo credit Hadas Kuznits/KYW Newsradio
By Hadas Kuznits, KYW Newsradio

PHILADELPHIA (KYW Newsradio) — Code violations and tenants' rights are expected to be addressed at a hearing on Thursday stemming from the city's lawsuit against the owners of Lindley Towers, the apartment building in Philadelphia's Logan neighborhood that partially collapsed last week, leaving nearly 100 people without a place to call home. Tenants currently without a home believe building management is not acting in good faith.

According to court filings, the owners of the seven-story Lindley Tower Apartment building at 1220 Lindley Avenue had numerous code violations and lacked proper certificates including rental sustainability and lead certificates.

Legal filings from the city were posted on the fence at the address before being removed by a building worker who would not identify himself.

“The man just took the paperwork that the city put up there for the people to read, to know to come to court with these people,” said building resident Tamika Dover. 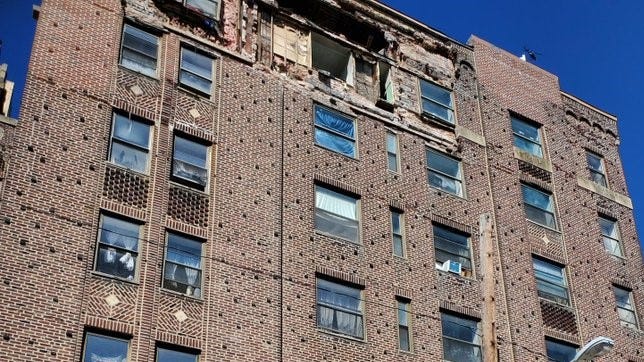 The city has initiated legal action to hold the owners accountable for the building violations. Lindley Tower Realty of Rydal, Pennsylvania is listed as the lead defendant.

L&I violations requiring the building to be evacuated have left residents without proper housing.

Meanwhile, a separate lawsuit by Community Legal Services of Philadelphia has been filed on behalf of the tenants.

Javier Arzola, caretaker for his deaf and mute brother who lives in the building said that this week, SBG Management Services came to the shelter where displaced residents were staying.

He said they tried to coerce tenants into signing a document before being placed in a hotel, but the document states the management company could terminate its relationship with the tenant. 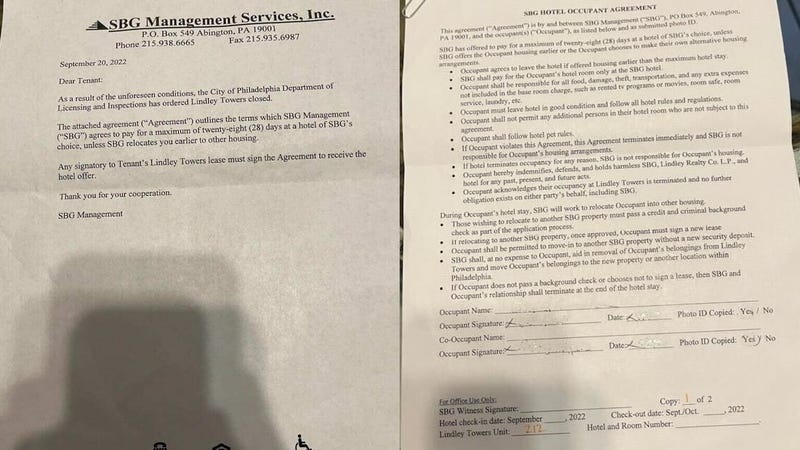 Dover said the owners are not acting in good faith.

“You're accountable if I get sick, because I'm out here due to the negligence of y'all. Make it whole. Fix it. Don’t run from us. Make it right.”

Calls to the management company were not initially returned.

The hearing has been scheduled for Thursday at 10 a.m. in Courtroom 446 at City Hall.

CORRECTION: A previous version of this article misidentified the neighborhood where 1220 Lindley Avenue is located. 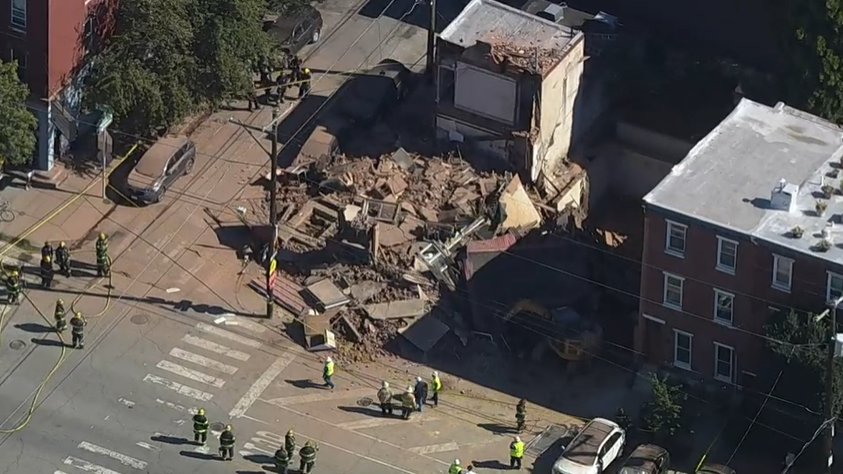