“You had the sewage backup, you had the flooding,” said James Conard, who has lived along Snowden Avenue in Bristol for more than 50 years. “The flooding’s the norm — the sewage isn’t.” 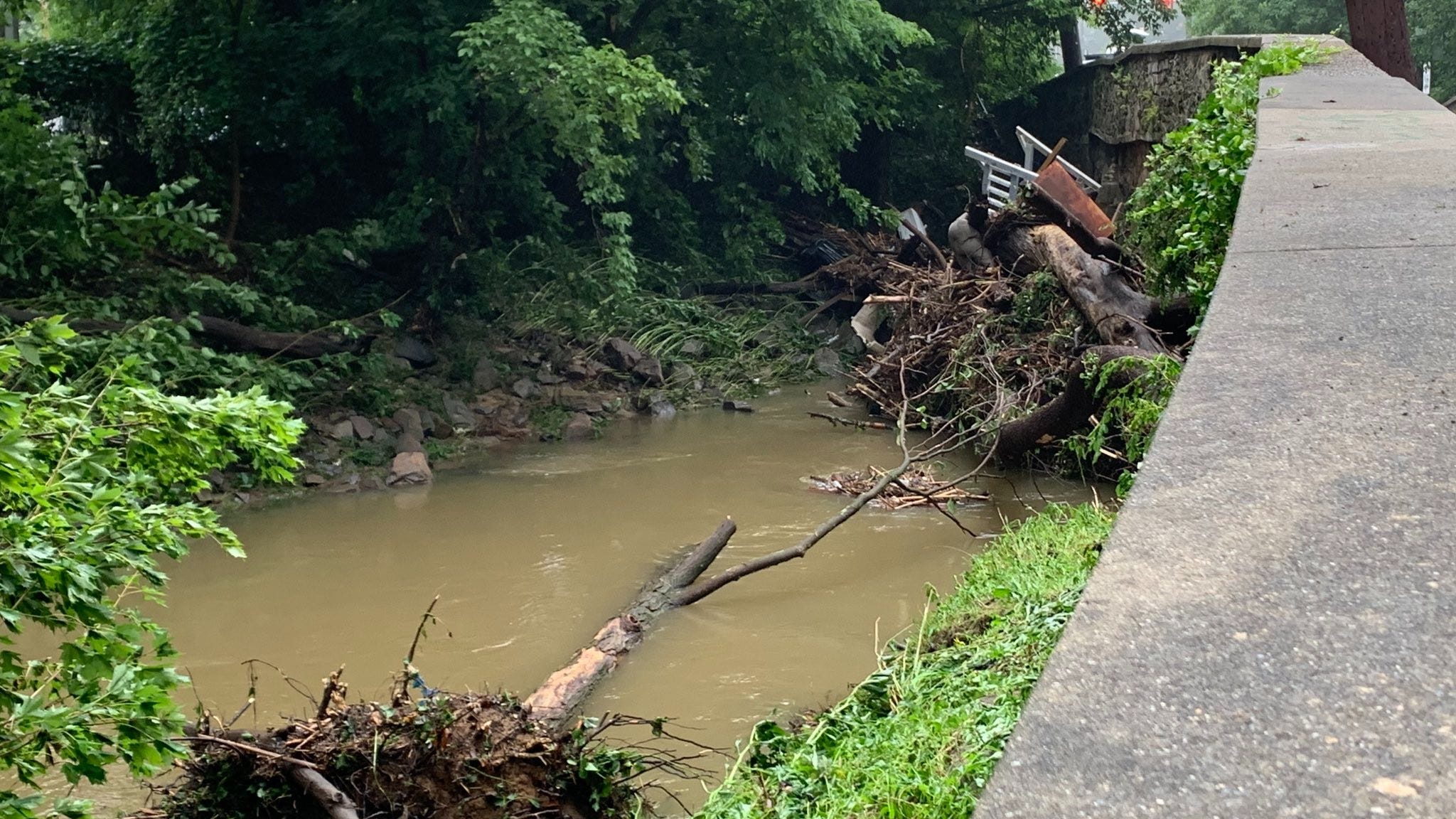 State, federal and local officials toured a section of the county on Friday to see the damage firsthand, urging everyone affected to reach out so the area can qualify for state and federal aid.

Conard and his neighbor, Trudy Clark, talked to Gov. Tom Wolf as he walked around their neighborhood.

“Any suggestions to what kind of structural changes we can make?” Wolf asked.

“The water running the right way, for one,” replied Clark.

“We’re tired of this,” Conard said. “I hope you guys can give us help. We really need the help.”

State, federal, and local officials including @GovernorTomWolf and @RepBrianFitz tour Bristol neighborhood that saw 10-inches of rain in about three hours to hear residents’ struggles and needs. @KYWNewsradio pic.twitter.com/8Bi7zJWTD5

Wolf and other lawmakers also toured the Lafayette Gardens apartment complex in Andalusia, just across the line from Philadelphia, where U.S. Rep. Brian Fitzpatrick said 5 feet of water rushed into people’s homes.

“The window was blown out,” he said. “We thought that was the residents kicking out the windows. It was actually the water lifting up ther furniture and dragging it out of the house. It’s pretty horrific.”

More damage assessment and cleanup in lower Bucks County happening today as lawmakers look for state and federal disaster relief. This is the hard hit Lafayette Gardens in Bensalem this morning. @KYWNewsradio pic.twitter.com/faqcX2hoMw

Fitzpatrick reiterated the need for everyone affected to reach out to county officials. “That’s how we make our case to PEMA,” he explained, “who’s gotta make their case to the governor and then we get FEMA involved. The FEMA invesitgators come and then they make their recommendation to the president.”

The state must reach a certain threshold for the number of homes classified as “major damage” or “destroyed” in order for homeowners and renters to receive direct monetary assistance, according to the governor’s office. For nonprofits or damaged infrastructure, counties must meet individual thresholds based on population size, and the state must reach $19.6 million in damages — the latter of which Wolf intends to discuss with FEMA. 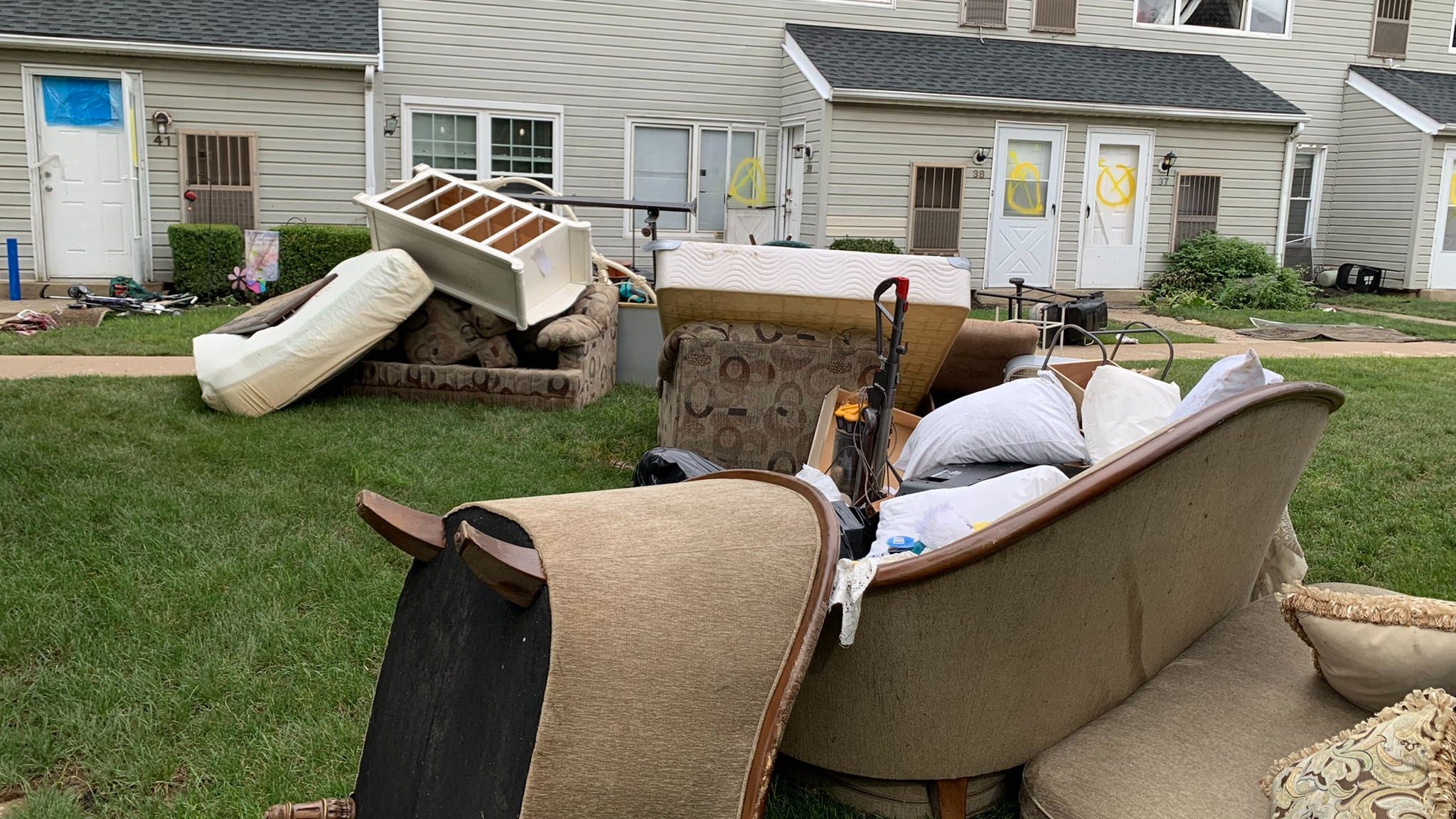 “I’m ready to cry,” said state Rep. Tina Davis. “We’re keeping an active list of all the money you put out or that you’re gonna incur, all your damages.”

Davis said she’s been on the phone with the governor’s office all week.

“My message to the governor is please, we need help,” she said. “This is lower-income people. You heard that woman — she has three jobs.”

That woman is Clark, who stressed to the governor that they can’t wait any longer.

“My whole life is in that dumpster there,” she said. “Twenty-seven years of working three jobs.

“We need help. We need it now. We don’t need it tomorrow. We need it right as you walk away from us,” she pleaded. “You’re going to go home and sleep in your beautiful house. I have a home that smells like a urinal.