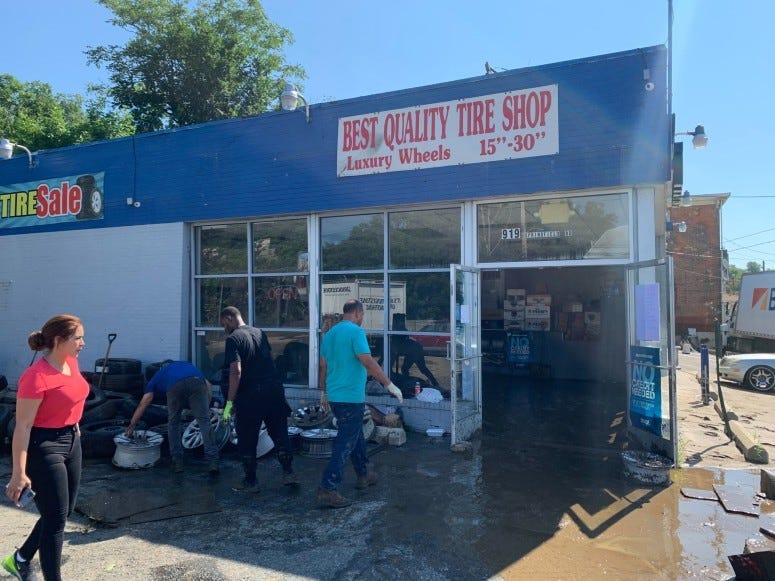 PHILADELPHIA (KYW Newsradio) — Flash flooding has been a major issue in a number of places throughout the Philadelphia region. Pennsylvania officials are now looking at ways to rectify this problem, which they say is getting worse as a result of the changing climate.

Pennsylvania Gov. Tom Wolf said this summer's flooding in Darby and Southwest Philadelphia show an urgent need for upgrades to local infrastructure — upgrades that need to reflect the times.

The state is implementing steps to improve hazard mitigation planning, which include agencies working together when it comes to building new infrastructure.

“The State Planning Board is developing a series of recommendations and best practices relative to land use, to planning zoning, and storm water management with an emphasis on reducing the instance of flash flooding,” Wolf said.

Climate change is real, he added, and steps must be taken to combat it — and it's not a partisan issue.