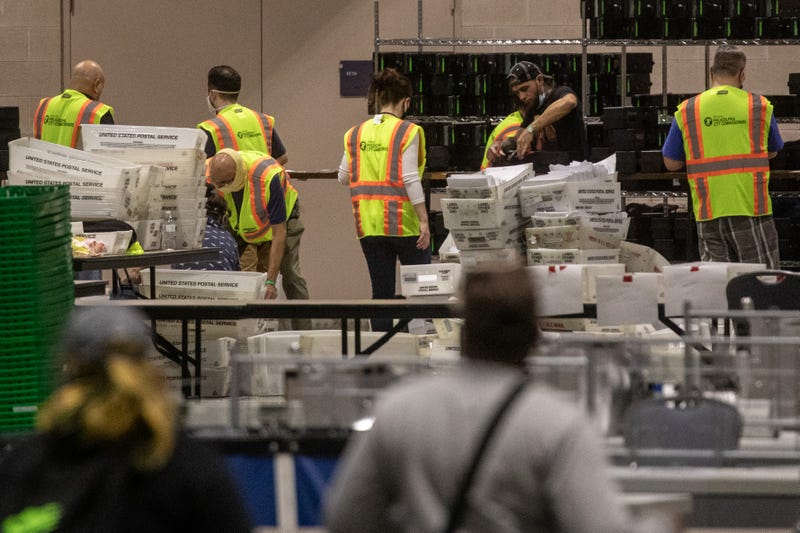 PHILADELPHIA (KYW Newsradio) — The Pennsylvania Supreme Court has ruled in favor of Philadelphia election officials in the poll watchers lawsuit filed after the election, saying they acted properly in setting rules for all poll watchers, including those from President Donald Trump’s re-election campaign.

In a 5 to 2 decision, the high court said state law doesn’t regulate how close or far poll watchers should be, adding the city’s election board was following COVID-19 regulations — setting up barriers and keeping them about 15 to 100 feet away from where ballots were being processed.

The case started in a city court, where Trump’s re-election campaign claimed Republican poll watchers were forced to stay 25 feet or more away from the ballot-counting process at the Pennsylvania Convention Center and could not see the count.

The Commonwealth Court of Pennsylvania ruled shortly thereafter that poll watchers are and should be allowed to see the ballot-counting process within 6 feet, to keep with social distancing.

The Philadelphia Board of Elections appealed to the Supreme Court of Pennsylvania, which ultimately sided with the city. The high court said being able to see the text on ballot envelopes “would only be necessary if he (or she) were making challenges to individual ballots. … Observers are directed only to observe and not to audit ballots.”

The high court also noted there was a live video feed for the public to watch.

The dissenting opinions noted that throwing out ballots for procedural reasons is misguided, and pointed to state legislators signaling “an intense after-action review” for mail-in ballots.