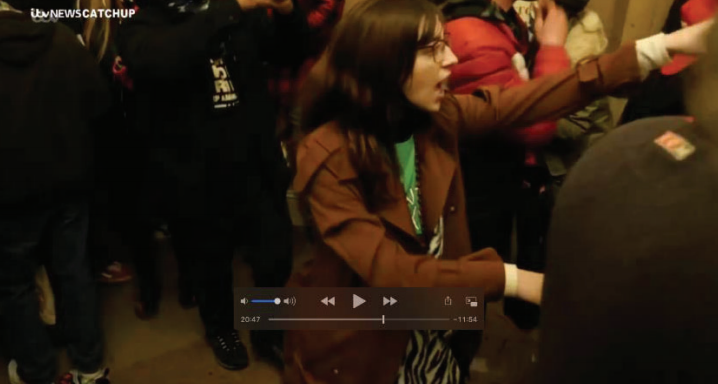 According to a still from the FBI's investigation, Riley June Williams was seen leading part of the mob into the U.S. Capitol on Jan. 6, 2021. Photo credit U.S. Department of Justice
By Jim Melwert, KYW Newsradio

PHILADELPHIA (KYW Newsradio) — The Harrisburg woman accused of breaking into the U.S. Capitol on Jan. 6 and stealing Speaker Nancy Pelosi’s laptop has been released pre-trial into the custody of her mother.

Riley Williams, 22, has been released on several conditions, based on an agreement her lawyer made with federal prosecutors.

Her conditions include electronic monitoring and confinement to her mother’s home. Her mother had to swear she would report any violations to the court, or face criminal punishment. 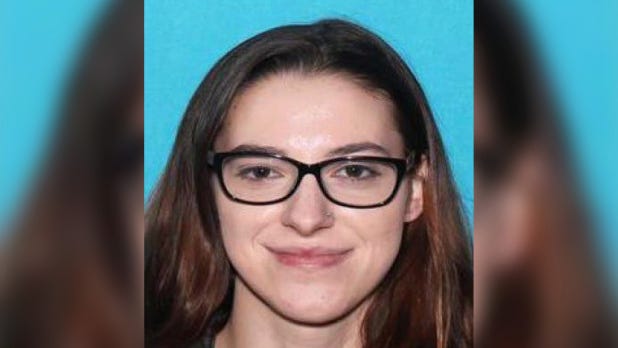 Judge Martin Carlson told Williams, “You’re the one person in this courtroom who can make sure your mother doesn’t have to choose between her love for you and her duty to this court. Do not put your mother in a position where I learn she was put to that choice.”

Williams’ lawyer told the court, “It’s regrettable she took the president’s bait and went inside the Capitol.”

She added Williams’ actions over the past couple of weeks were not an attempt to elude law enforcement, but instead an attempt to flee an abusive ex-boyfriend. Her lawyer said the ex-boyfriend is listed as witness No. 1 in federal charging papers. 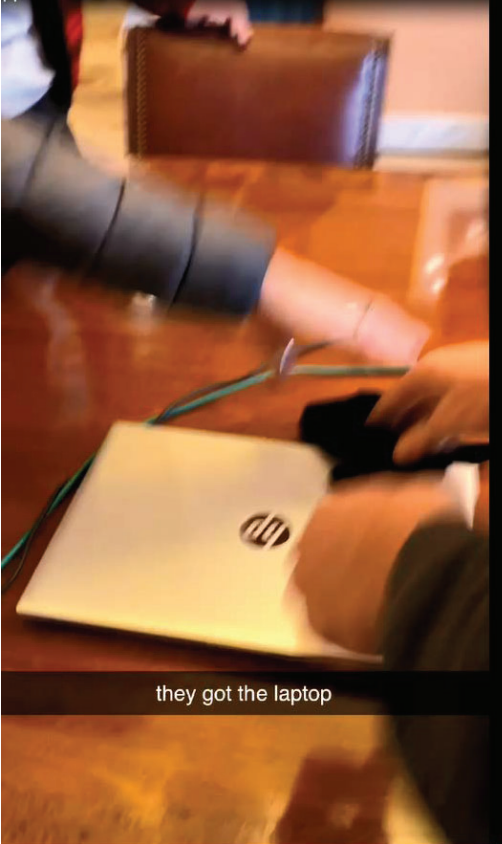 The judge also reminded Williams that the Constitution survived the violence she’s accused of participating in on Jan. 6. And, the same Constitution grants her a presumption of innocence and right to counsel, and it’s allowing her release pending trial.

Williams is facing federal charges that could carry decades in prison.

Her case moves to Washington, D.C., with a hearing scheduled for early next week.