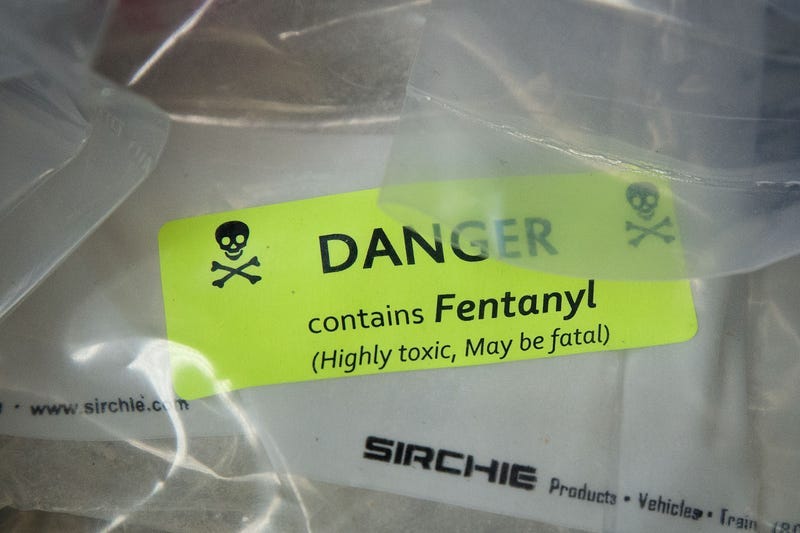 The Philadelphia Department of Public Health says a big problem emerged for drug users in 2020: fentanyl was making its way into everything. Photo credit Drew Angerer/Getty Images
By Pat Loeb, KYW Newsradio

PHILADELPHIA (KYW Newsradio) — 1,214 people died from drug overdoses in Philadelphia in 2020. That’s a 6% increase from 2019, and just three fewer from the record number of overdose deaths in the city. Data reveals that fatal overdoses are spreading to new neighborhoods and claiming a new population of drug users.

Fatalities had been going down since the city set a record for overdose deaths in 2017, but last year reversed that. Dr. Kendra Viner of the city's Department of Public Health says the pandemic likely played a role, by stalling or blocking access to substance use treatment, but a potentially bigger problem emerged: fentanyl was making its way into everything, and it was found in 81% of drug deaths.

"We saw an increase in other populations of drug users that we hadn’t really seen before and different combinations of drugs," Viner said. "We saw fentanyl in combination with stimulants, with hallucinogens and those were really new to us."

Suddenly, stimulants and psychedelics became nearly as deadly as opioids, on which the city had focused its outreach and services.

African Americans were hit hardest by this shift. Overdoses were still highest in Kensington but they decreased there, while rising in West, Southwest and North Philadelphia. Viner says the health department has redirected outreach to those areas and is funding local community groups to raise awareness about fentanyl.

"We’re suppling naloxone and fentanyl test strips and educational materials and they’re using strategies they think will work to reach the populations they know are at risk of overdoses.

Viner says fatalities came down slightly in the last quarter of 2020, so she hopes that trend will continue into this year.