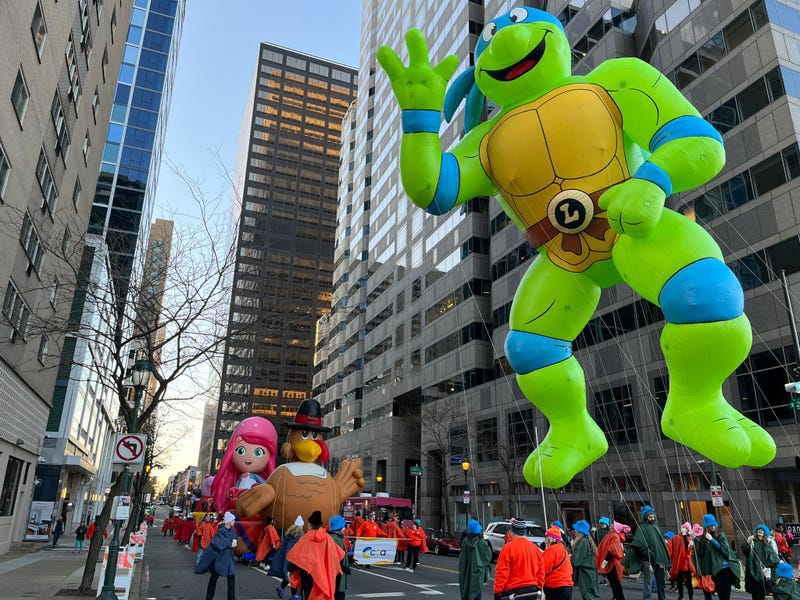 “I like to see the bands and all the inflatable balloons,” said 8-year-old Carter from Stratford, N.J.

There with his parents and four siblings, Carter said he couldn’t remember how many years he has been going to Philly’s parade.

“Probably our sixth year doing this, waking up at 5 a.m. to get here on time and get some parking,” said Carter’s dad, Jim Worthington. 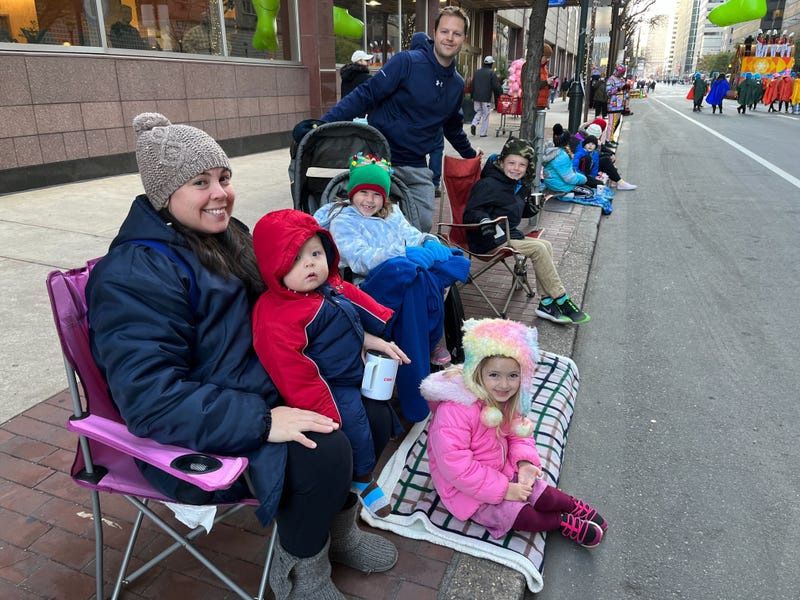 The Worthingtons have come from South Jersey to see the parade in person for six years now. Photo credit Tim Jimenez/KYW Newsradio

“Of course, it’s chaotic as anything, but it gets the kids out early, and they have a full day of doing different things around the house while we’re cooking. But yeah, a fun, early start to the day.”

The day started off chilly, so the Worthingtons were among thousands of spectators who stayed bundled up to watch balloon figures, including Mr. Potato Head, Leonardo of the Teenage Mutant Ninja Turtles, and Strawberry Shortcake bounce down the parade route.

The one and only. It’s Mr. Potato Head. @KYWNewsradio pic.twitter.com/WhUclILf8p

The Phillie Phanatic was there, as well as Swoop and the Eagles cheerleaders. There was a whole lot to enjoy, especially for families who make sure to keep the tradition going year after year.

Kristen Annucci from Sewell, N.J., said she brings the family each year, too.

“We’ve been coming since my oldest was a little baby. So, it’s something fun that we love to do every year,” Annucci said.

But this year there’s an extra reason to celebrate.

“It’s my son. He’s five today,” she said. “It’s rare that [his birthday] is on a Thanksgiving. So, it’s a very special Thanksgiving this year.”

Her son, Sebastian, held up a sign that read: “This Turkey Turns Five.” 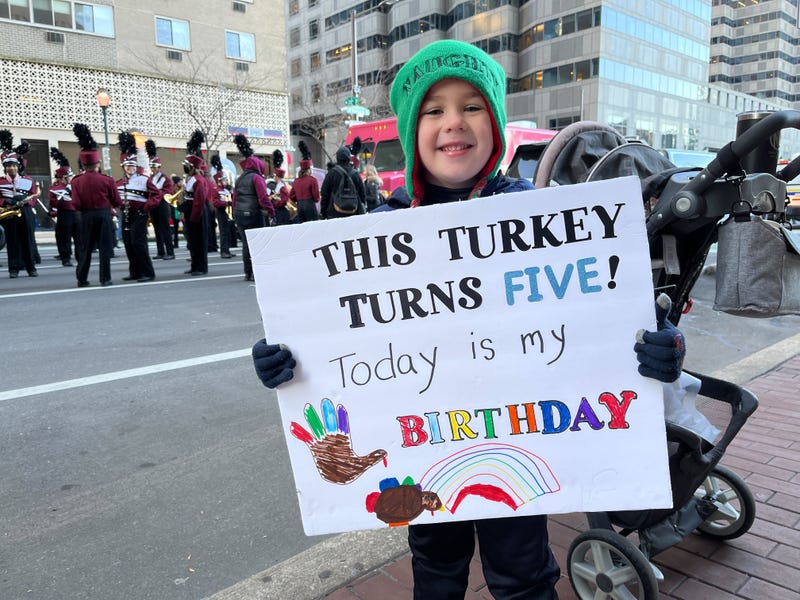 But for Latasha from Northeast Philadelphia, this was a new experience for her.

“This is actually my first time coming to my own parade in my own city — ‘cause I don’t like the cold! So I just watch it at home on TV,” she said. “But I’m out here to support my daughter and her school.”

Latasha was cheering on her daughter who danced in the parade this year with her classmates. Also cheering was Priscilla Lee from Columbus, Ohio. Her daughter is part of a marching band from there.

“We were kind of talking to the band director there, and we’re like: ‘Hey, this is like the oldest Thanksgiving Parade out of the country. It’s a big deal to be here.’” 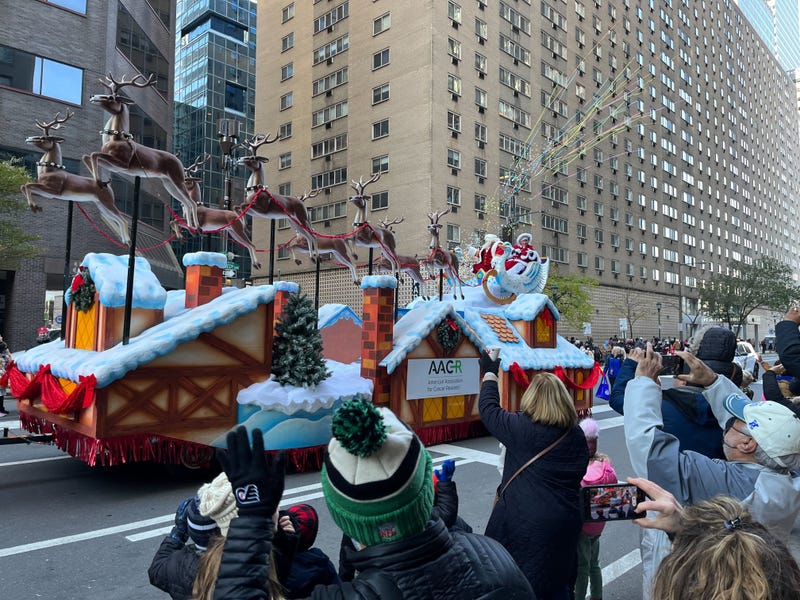