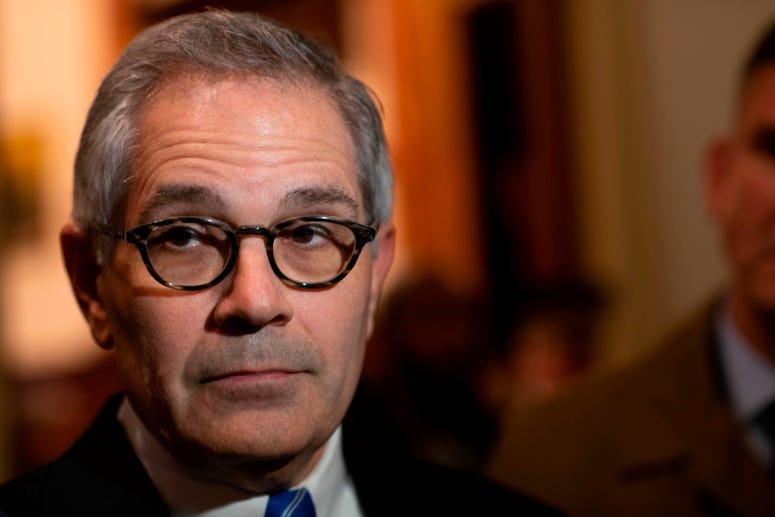 PHILADELPHIA (KYW Newsradio) — To judge from campaign contributions in Philadelphia's democratic District Attorney primary, the issue of whether incumbent Larry Krasner wins re-election seems of greater importance to donors outside the state than to those within the city.

Krasner has attracted about twice as many contributions and raised about twice as much money from other parts of the country as he has from the city and suburbs. Challenger Carlos Vega, on the other hand, has received the vast majority of his funding from local donors. 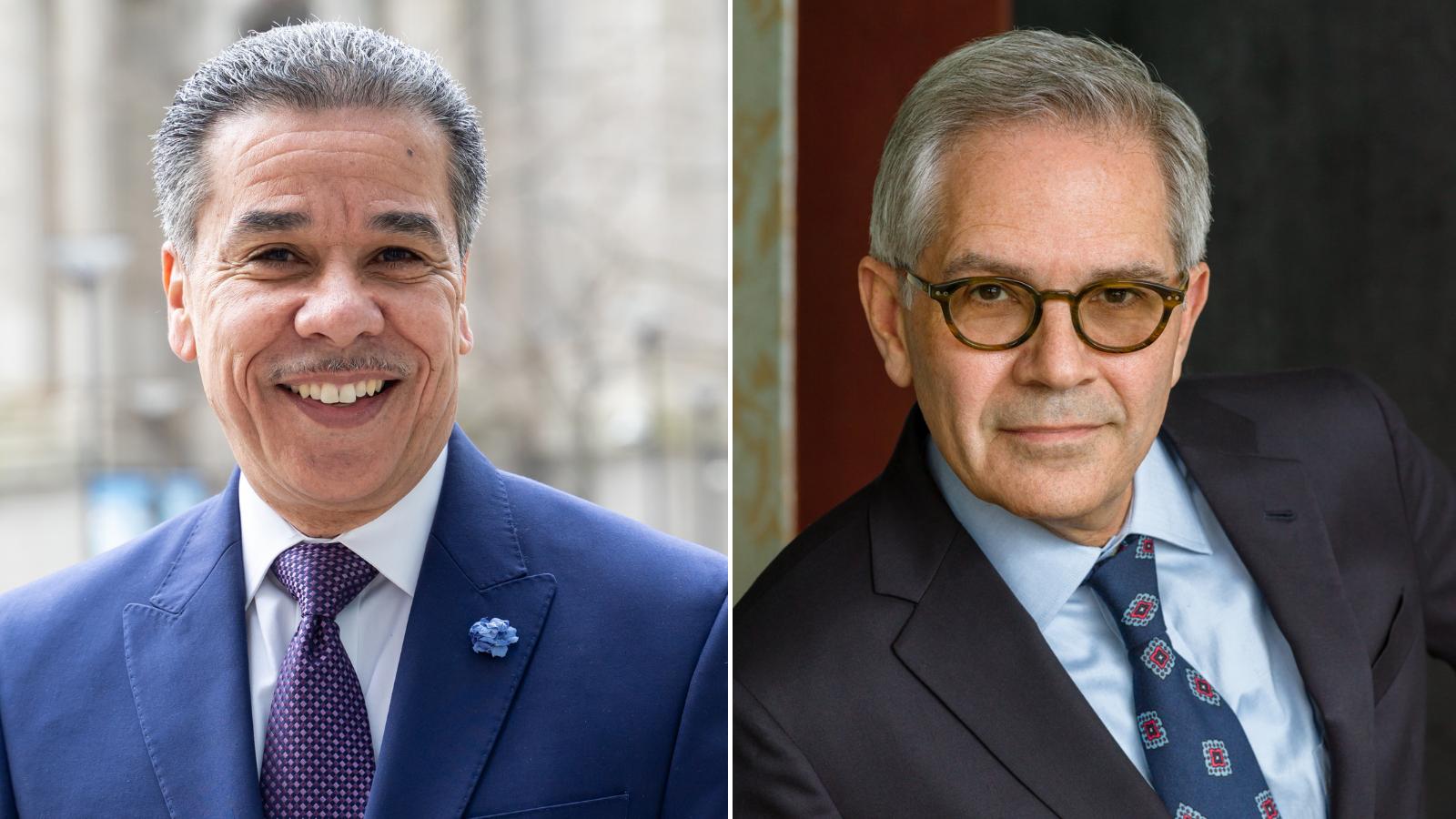 "It's not surprising that Krasner would have a large amount of campaign contributions from out of Philadelphia," says Larry Ceisler, founder of Ceisler Media and Issue Advocacy.

"He is a national figure, I mean, basically, the poster boy for the progressive criminal justice reform movement in the country. He was the first major city DA to be elected under that platform. People who are concerned about these issues don't want to see him lose."

KYW's analysis of campaign finance reports filed with the state and city estimates that Krasner raised $106,000 from local donors and $315,000 from outside the area, including three foreign countries, while Vega raised $301,000 from the area and $25,000 from elsewhere.

Krasner's largest contributor is San Francisco-based Real Justice PAC. It gave him $134,000 dollars between March 15, 2020 and February 28, 2021. That's above the $12,600 maximum allowed by the city's campaign finance rules but most of it was contributed before Krasner’s re-election announcement this year.

Philadelphia Board of Ethics executive director Shane Creamer says the rules do allow candidates to accept "excess pre-candidacy contributions," but must put them in a separate account and not spend them on the election. The Krasner campaign has reported spending just $258,000 of his total $609,000 on hand.

Asked for comment about the fact that the bulk of Krasner's contributions are from outside the state, campaign spokesperson Jessica Brand responded that Krasner has received 382 contributions from Philadelphia and Vega 359. (Those numbers do not match either KYW's analysis or the Vega campaign's calculations.) She did not address the more than 1,000 contributions Krasner received from elsewhere.

"Our base of support is quite strong," she wrote in an email.

Vega's campaign manager Trevor Maloney, theorized that Krasner's out-of-town donors are "out of touch with what's going on in Philly."

"The people who have to actually live with the consequences of Larry Krasner's failures as DA are resoundingly saying, 'We want a new DA,'" he said. 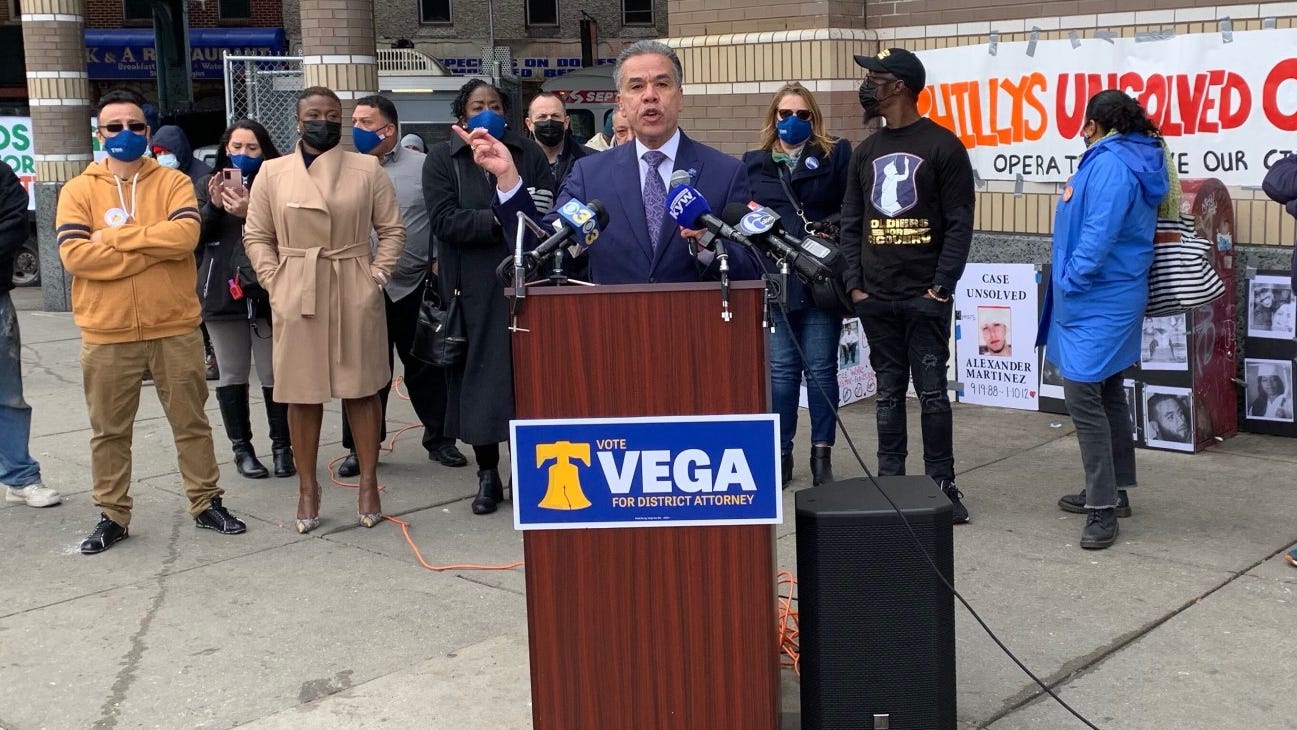 Coleen Weeks, a realtor in Roseville, California said she made her $50 donation to Krasner after hearing about him through social media.

"It's not Philadelphia that was interesting to me," she said in a phone interview, conceding she knew little about the city. "It's equal treatment in law enforcement."

"I asked him, 'How do you handle all the hate?' because there must be so much coming at him," she said. "What he's doing is really hard, standing up to the corruption."

Helen Dickey, of El Cerrito, California, said Krasner is just one of the candidates from other states to whom she's donated.

"I'm a progressive and I'm interested in changing the culture, the legislative culture all over the country," she said. "I think he's running against a very backward, conservative area and he’s doing such a good job of cleaning up years-old bad practices. I think he's a star."