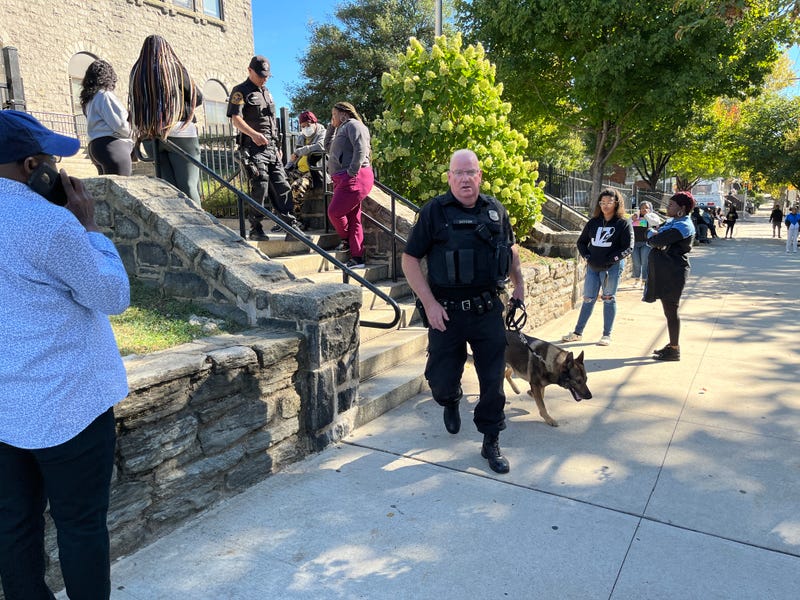 Philadelphia police swept the campuses of Boys Latin Charter Middle School and High School in West Philadelphia after a middle school student was found to have a loaded gun magazine with him. Photo credit Tim Jimenez/KYW Newsradio
By Tim Jimenez, KYW Newsradio

PHILADELPHIA (KYW Newsradio) — The Boys' Latin Charter Middle School and High School campuses in West Philadelphia were on lockdown Thursday morning after a middle school student was found to have a loaded gun magazine with him.

Police say the unidentified student was seen on the bus with the ammunition, and they took him into custody at school. They say they then swept both buildings as a precaution. The two buildings were locked down for about an hour and a half.

Police say they did not find any weapons in the buildings, and no one was hurt.

The incident was of particular concern at the high school because the junior varsity football team was at the scrimmage match on Tuesday at Roxborough High School, where a group of five gunmen opened fire on a group of student athletes, killing one and wounding four others. Senior Taliq Johnson says it has been a tough week and the lockdown was startling.

“They push safety and everything all throughout the school — the high school and middle school. So, it’s just an eye-opener that anything can happen anywhere you go in the city now. It’s like there’s nowhere safe,” Johnson said. 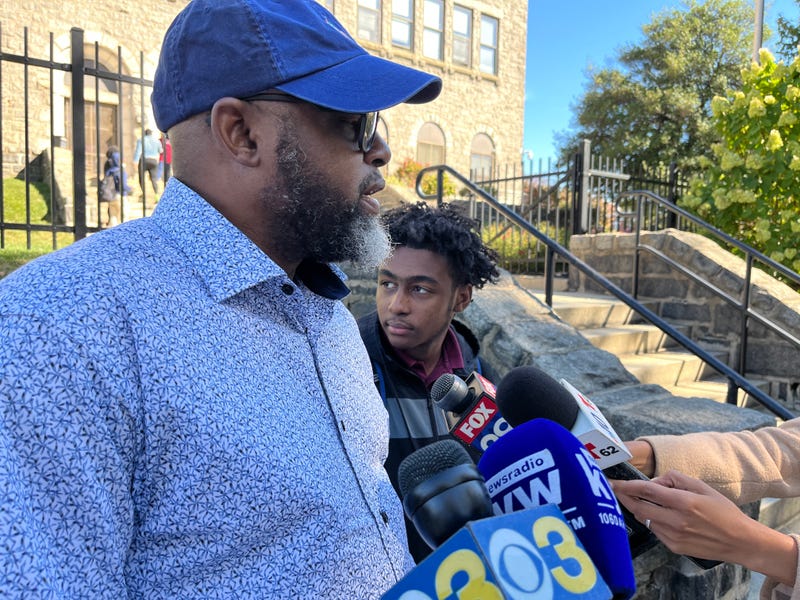 Parents were notified and were able to pick up their children if they wanted to. Darryl Johnson, Taliq's father, got an alert about the lockdown and rushed over to the school.

There is no word yet on why the unidentified student had the loaded magazine or if any charges have been or will be filed.