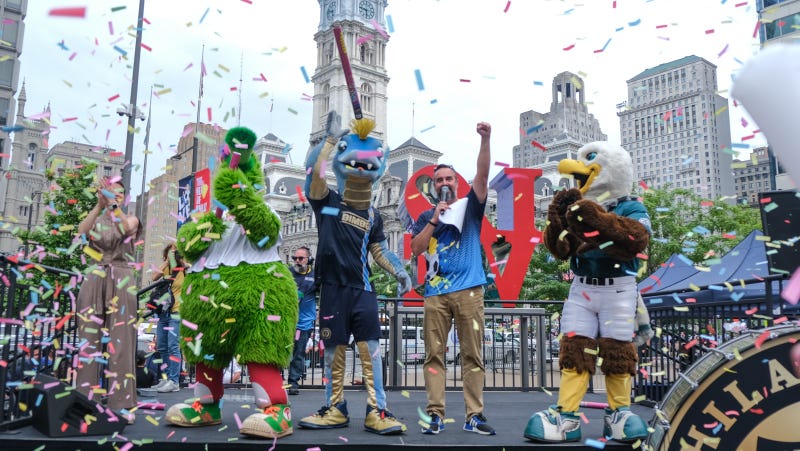 Celebration rings out at LOVE Park in Center City as Philadelphia is announced as one of the U.S. host cities for FIFA World Cup 2026 matches. Photo credit Holli Stephens/KYW Newsradio
By Nina Baratti, Pat Loeb, and Eric Walter, KYW Newsradio and The Associated Press

PHILADELPHIA (KYW Newsradio) — Philadelphia will be among the U.S. cities to play host to the 2026 World Cup. FIFA, soccer's international governing association, made the announcement Thursday that Lincoln Financial Field in Philadelphia will host World Cup matches in 2026, after cutting down the list from 17 stadiums in 16 areas of the country.

Philadelphia hosted a watch party at LOVE Park for soccer fans who supported the city's bid to be among the hosts. The atmosphere was festive, with the Philadelphia Union and its supporters club, the Sons of Ben, on hand, as well as youth soccer teams. 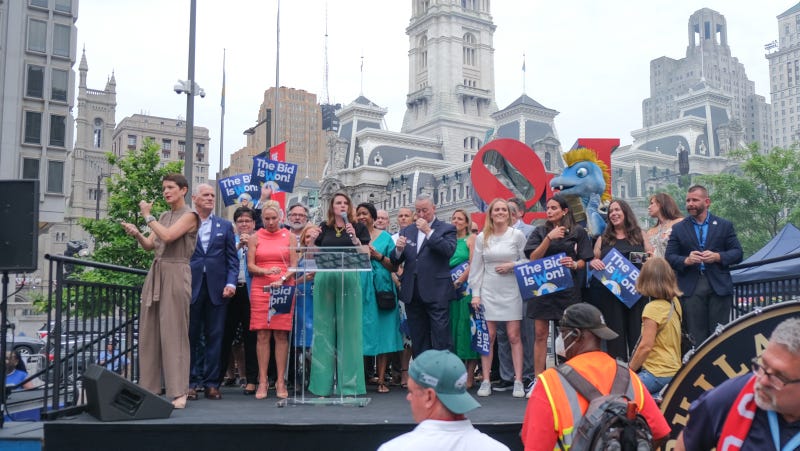 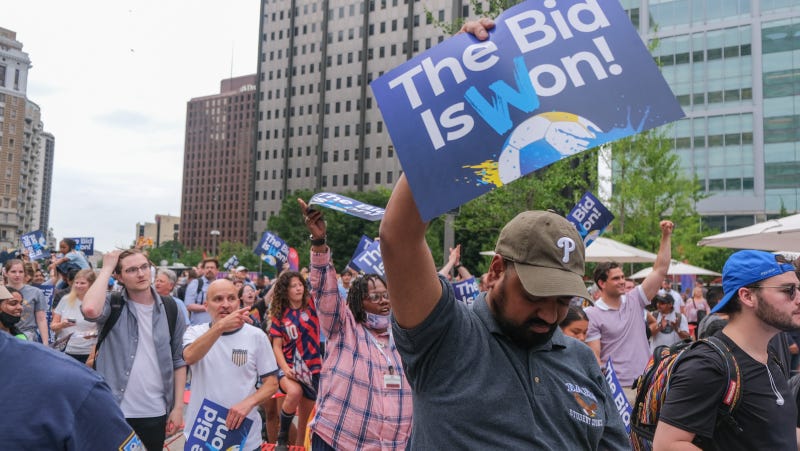 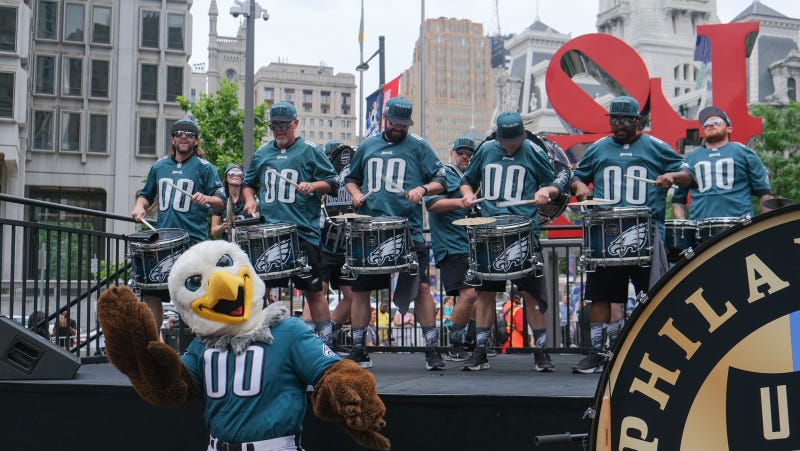 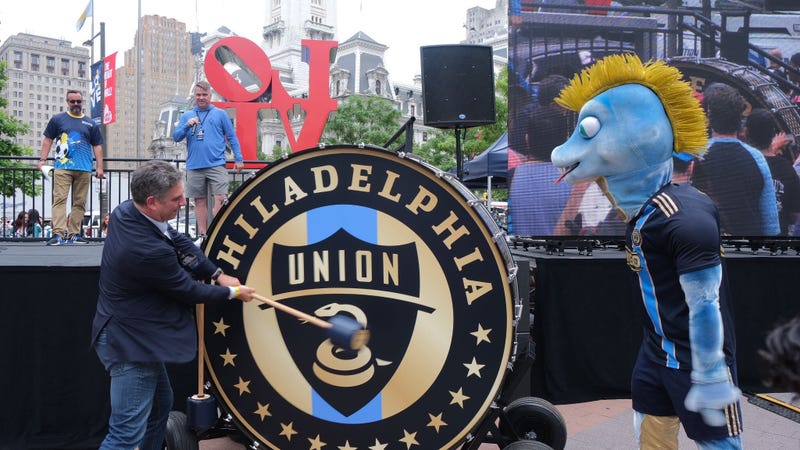 Representatives from the Philadelphia Union, as well as supporters from the Sons of Ben were on hand to celebrate with the masses. Photo credit Holli Stephens/KYW Newsradio

Drew Dessen says he works with the Union, and was among the fans screaming, dancing and yelling out in pure joy.

"Born and raised in Philly. Been a Philly sports fan my whole life. And soccer's about to be on the map here," Dessen said. "Let's go!"

Mayor Jim Kenney called the announcement a "stamp of approval" from the world on Philadelphia, after a lot of work went into the bid.

"Everything we shared with them about who we are as a city and how we would deliver this event, I think, resonated with them. We didn’t try to be anything we weren’t, and we leaned in to what makes us great," Kenney said.

"And we also talked about how Philadelphia is America's most passionate city for sports, including soccer, and how our fans turn out and turn it up for every game."

Half a million people are expected to visit when Philadelphia plays host to the FIFA World Cup matches in 2026. That summer will be a busy one for sports fans, with the MLB All-Star game also happening.

The host committee, Philadelphia Soccer 2026, led by former Independence Blue Cross CEO Dan Hilferty, did not know whether the city had been chosen until they saw it broadcast at 5 p.m. with everybody else, 1,456 days before the likely start of the tournament.

A spokesperson says FIFA had been quite firm about having no advance communication with any of the cities in the running.

Minutes before the announcement, noting the growing pep rally at LOVE Park, Hilferty told KYW Newsradio, "I have to tell you, I am so excited by the turnout. Typical Philadelphia turnout. Here we are with the opportunity to have one of the greatest events, if not the greatest sporting event, in the world here in Philadelphia. We have a rally behind me proving that we're a world-class city." 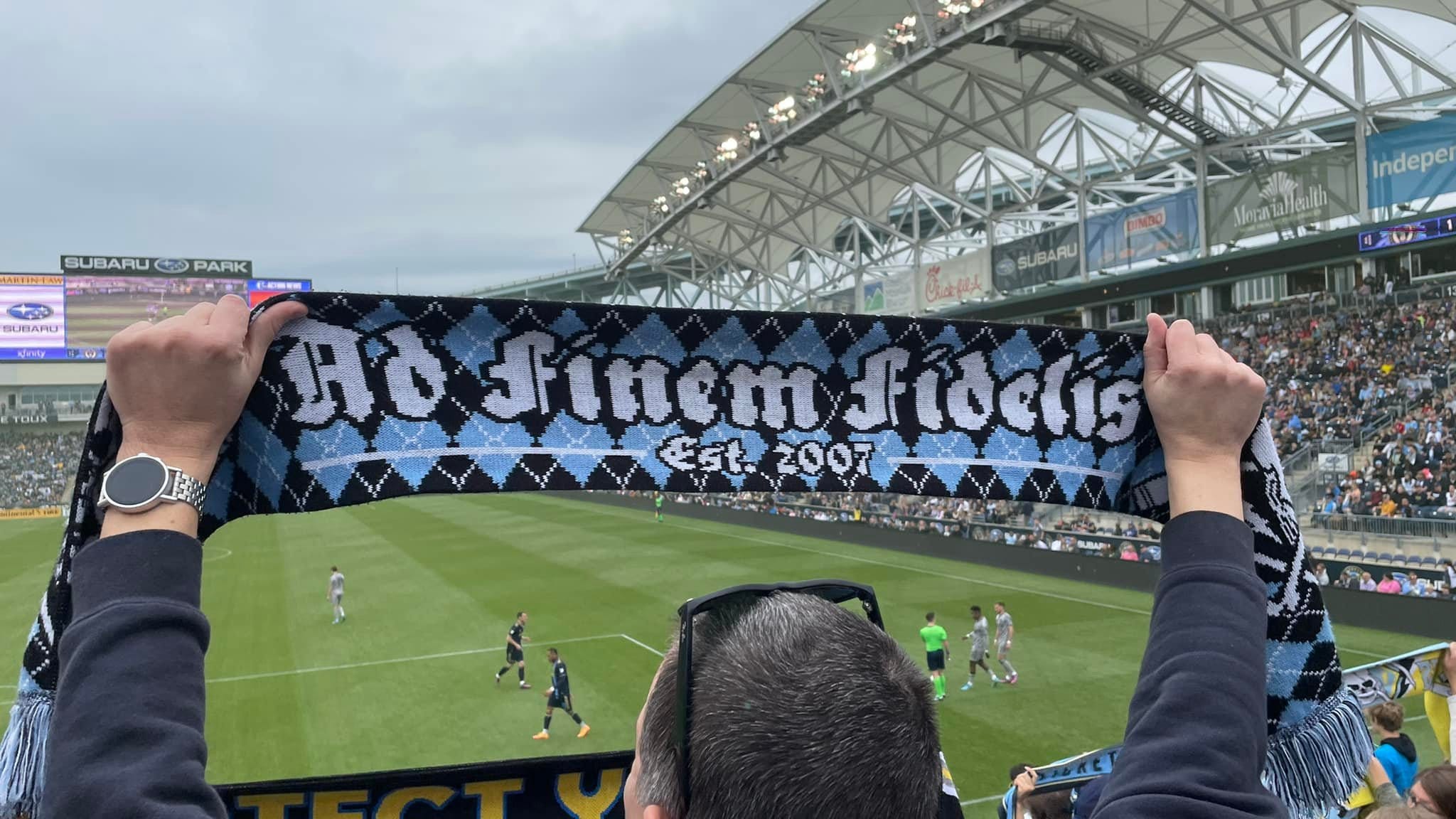 Cheering on the Union and the community: Why the Sons of Ben are not your average fans

Philadelphia has recently hosted large-scale events like Pope Francis' visit in 2015, the Democratic National Convention in 2016, and the NFL Draft in 2017.

The U.S. will host 60 of the 80 games under FIFA’s plan, including all from the quarterfinals on. The U.S. locales to host games for the 2026 World Cup, which will be co-hosted with Mexico and Canada, are:

FIFA also picked three Mexican cities and two in Canada. Mexico City’s Estadio Azteca, which hosted the 1970 and ’86 finals and will become the first stadium in three World Cups, was selected along with Guadalajara’s Estadio Akron and Monterrey’s Estadio BBVA. Toronto’s BMO Field and Vancouver, British Columbia’s B.C. Place were picked, as well. The U.S. selections included none of the nine stadiums used at the 1994 World Cup. 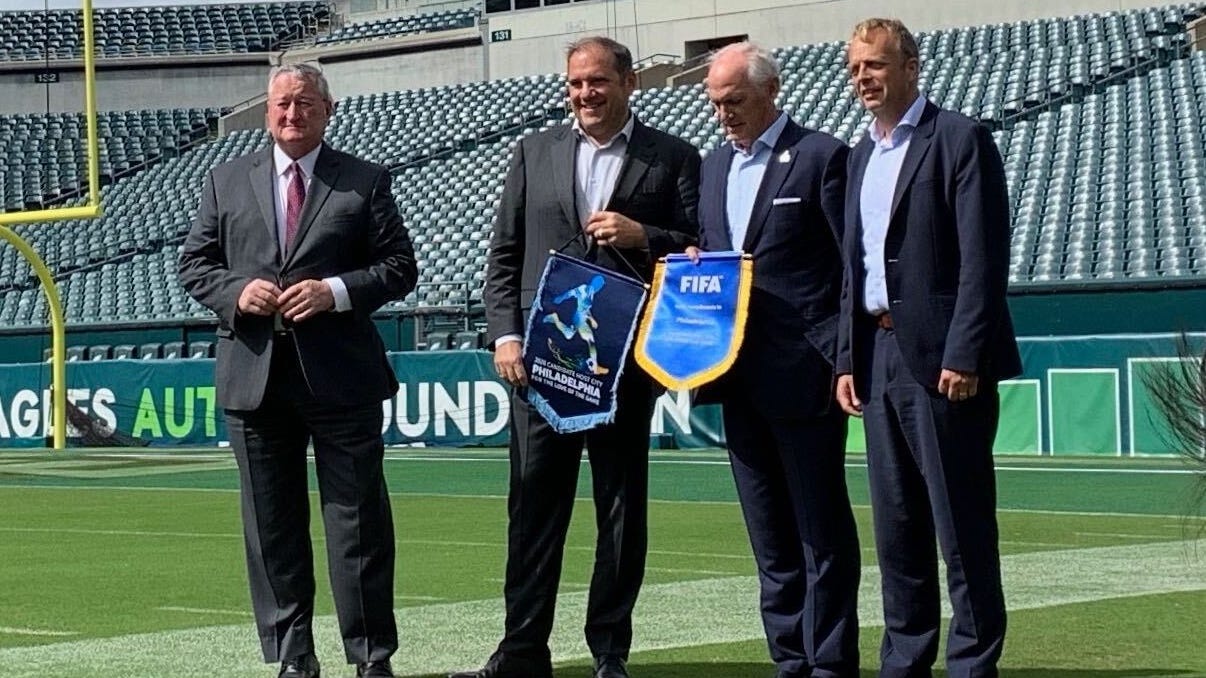 Pitching Philadelphia was a huge effort, especially during the coronavirus pandemic, which delayed the process unpredictably. When Philly made its bid back in July 2020, David L. Cohen, chair of the city's bid committee at the time, said that FIFA had expected to delay its decision until 2021 because of the pandemic. Now, nearly two years after the bid, the nation has its answers. 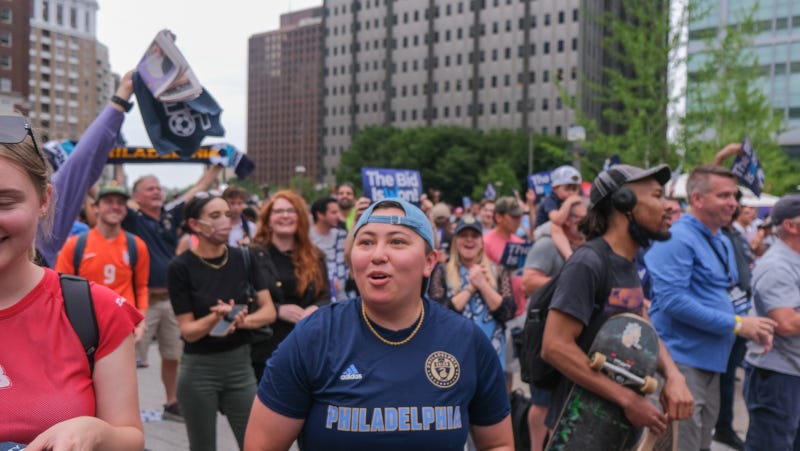 This will be the first 48-nation World Cup, up from the 32-team format used since 1998. In a tournament likely to run from June 11 to July 12, but possibly start and end a week later, there will be 16 groups of three nations. Each team will play two first-round games instead of three as part of an awkward arrangement in which one nation in each group opens against an opponent who will have already played. The top two in each group advance to a 32-nation knockout bracket.

Specific sites for each round will be announced later.