PHILADELPHIA (KYW Newsradio) — Eight City of Philadelphia employees are charged with stealing more than $300,000 in relief money meant to help people hit hard by the pandemic.

Pennsylvania Attorney General Josh Shapiro says, since the start of the pandemic, his office has arrested at least 63 people and charged them with crimes in various fraud schemes related to the Pandemic Unemployment Assistance program. He says that assistance was meant to help people who were laid off because of the pandemic.

Shapiro said the latest batch of people arrested for defrauding the system came this week, and they were city workers from the Streets Department, Parks and Recreation, and Human Services. He said they all worked independently, but all told, they were able to steal a very large sum of money.

“Our investigation showed that eight city employees illegally obtained PUA funds in excess of $300,000 who fraudulently applied for PUA benefits while still being employed by the city. And today, they have all been criminally charged,” Shapiro said.

He said the employees all filed for the assistance while still working for the city but claimed their jobs ended due to the pandemic. 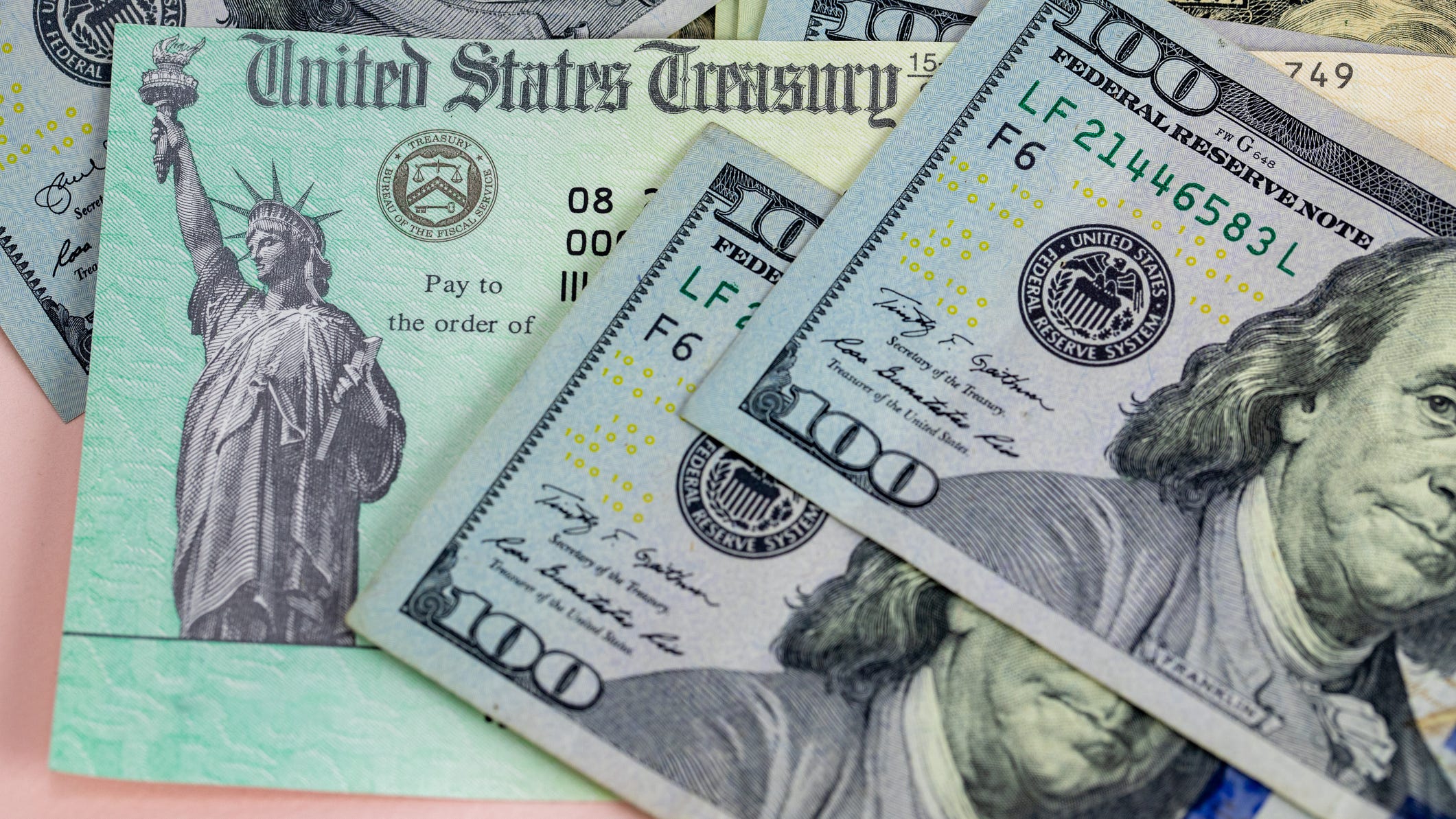 “Our investigation shows that each defendant who independently applied for these benefits received between $17,000 and $63,000,” Shapiro said.

“Now you have to understand these individuals didn’t just apply for PUA assistance once and got the money. They had to go online week after week and reaffirm they were unemployed due to COVID-19.” 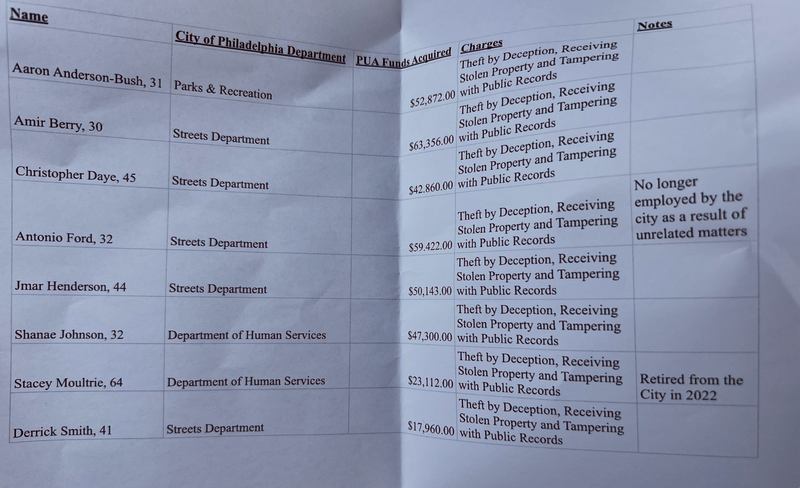 The names of the eight city workers charged with PUA fraud, as well as the amounts they are accused of stealing. Photo credit Justin Udo/KYW Newsradio

He says they'll now be charged with theft by deception, receiving stolen property and tampering with public records.

Shapiro says his office is actively investigating and prosecuting people who have defrauded the system. That's why he's encouraging people who have stolen pandemic relief resources to turn themselves in and set up a plan with the Department of Labor to repay that money.

“Do not wait for the Office of Attorney General to knock on your door,” he said. 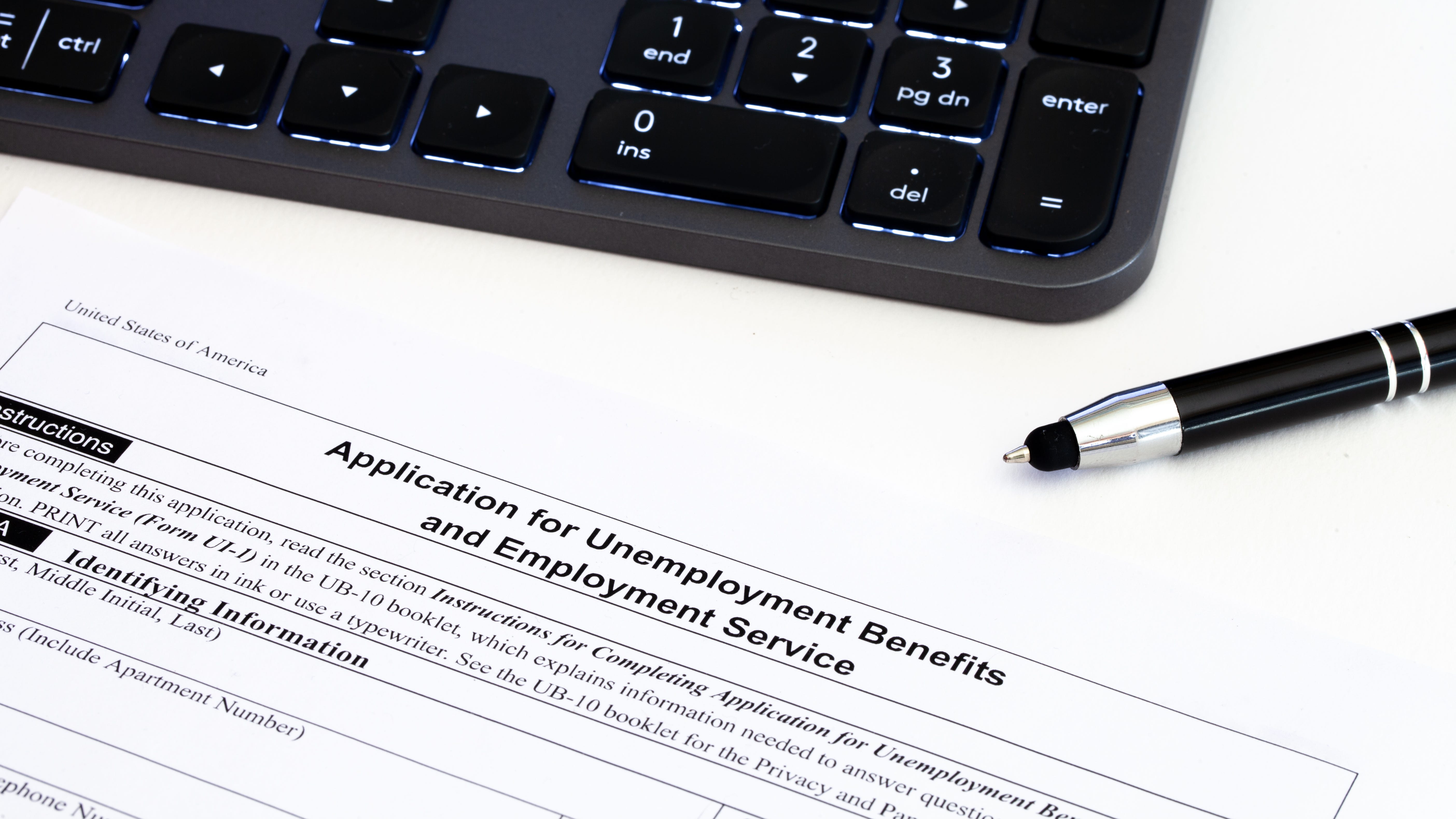 Feds: Philadelphia man conned pandemic relief programs for $139K — a week after his parole for murder