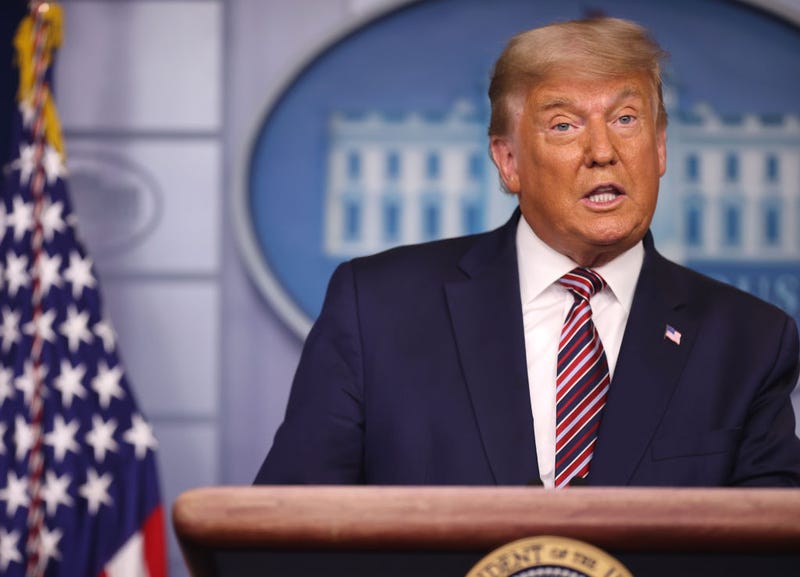 PHILADELPHIA (KYW Newsradio) — Philadelphia’s Republican city commissioner is coming under some unexpected — and, election watchdogs say, unwarranted — heat. He’s dealing with it by keeping his nose to the grindstone.

President Donald Trump singled out Commissioner Al Schmidt in a tweet Wednesday morning, saying Schmidt "is being used big time by the Fake News Media to explain how honest things were with respect to the Election in Philadelphia."

When asked for comment, Schmidt said he had too much work to do.

“At the end of the day,” he texted, “all that matters is that we get this election certified in time.”

A guy named Al Schmidt, a Philadelphia Commissioner and so-called Republican (RINO), is being used big time by the Fake News Media to explain how honest things were with respect to the Election in Philadelphia. He refuses to look at a mountain of corruption & dishonesty. We win!

But before the tweet, Schmidt had agreed to talk to CNN about the election and said, “We just had the most transparent and secure election in the history of Philadelphia.”

David Thornburgh, president of Committee of Seventy — founded 116 years ago specifically to clean up Philadelphia voting — used similar terms for the election.

He watches elections intently and has crossed swords with the commissioners, but springs to the defense of this one.

“Al Schmidt is an honorable, decent, hardworking public servant who I think did an outstanding job leading the effort to produce a safe and secure election,” Thornburgh said.

"We think Al Schmidt has done a great job making sure Philadelphians have the ability to vote," said Dena Driscoll of the good government group 5th Square.

Thornburgh said it’s time to accept the results and move on.

That’s unlikely to happen soon. Trump campaign lawyers continue to file challenges to ballots for such deficiencies as missing dates or addresses on return envelopes.

In a statement, Mayor Jim Kenney said the president's tweet is "shameful and dangerous," and that Schmidt and his team have "worked tirelessly to help ensure this election was completed fairly, honestly and transparently."