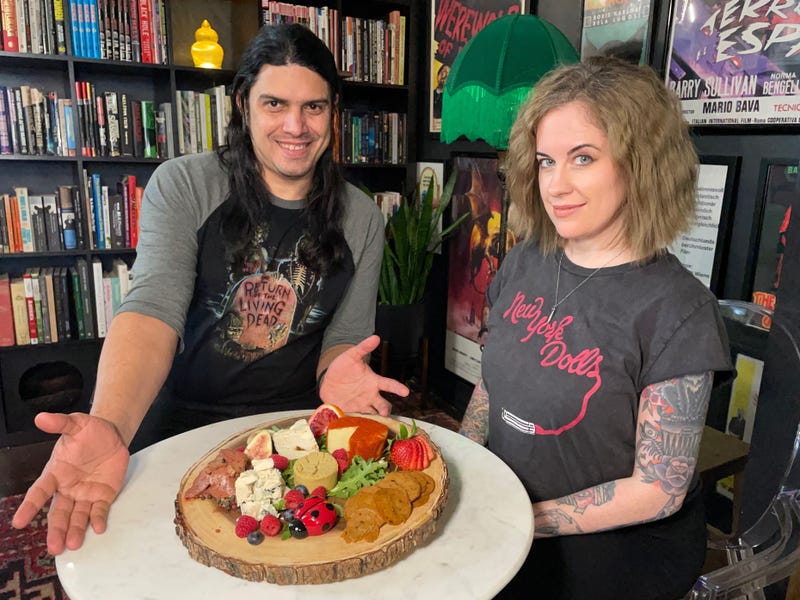 PHILADELPHIA (KYW Newsradio) — While unemployed during the pandemic, Port Richmond couple Adam Campos and Shannon Neddy decided to create their own business specializing in charcuterie boards.

One minor detail: All the meats and cheeses must be vegan.

“She’s vegan. I’m heavily leaning toward the vegan spectrum,” said Campos. “I’m vegan-curious. I’m a vegan sympathizer. I’m an ally. I do most of the cooking in the house and the philosophy is always like, make it so she can eat it and so I want to eat it.”

Getting to this gourmet level was a challenge.

“I had asked her about a year ago what does she miss most being vegan,” Campos remembered, “and she said fancy cheeses. At that point I was like, well, good luck with that.”

Now, they are looking to scale up by eventually hiring more employees and renting space to work in.

Campos is grateful for the time he had to reflect and experiment with his entrepreneurial dream.

“I don’t think this would have happened had it not been for COVID,” he admitted. “In a way, it was kind of a blessing in disguise.”