PHILADELPHIA (KYW Newsradio) -- While the teachers' union challenges the safety of the school district’s hybrid reopening plan, Superintendent William Hite maintains that buildings are safe for in-person instruction to begin on Feb. 22.

"I can confidently say that our schools are ready to open with the proper precautions in place and that time to resume in-person learning is now," Hite said Thursday at Nebinger Elementary School at Sixth and Carpenter streets in South Philadelphia.

The district took reporters through the 97-year-old school, showing off the Plexiglas on desks, hand sanitizer stations and social distancing signs in the halls.

"With all of these layers of safety in place, the risk of COVID-19 transmission in our schools becomes very low," Hite said. 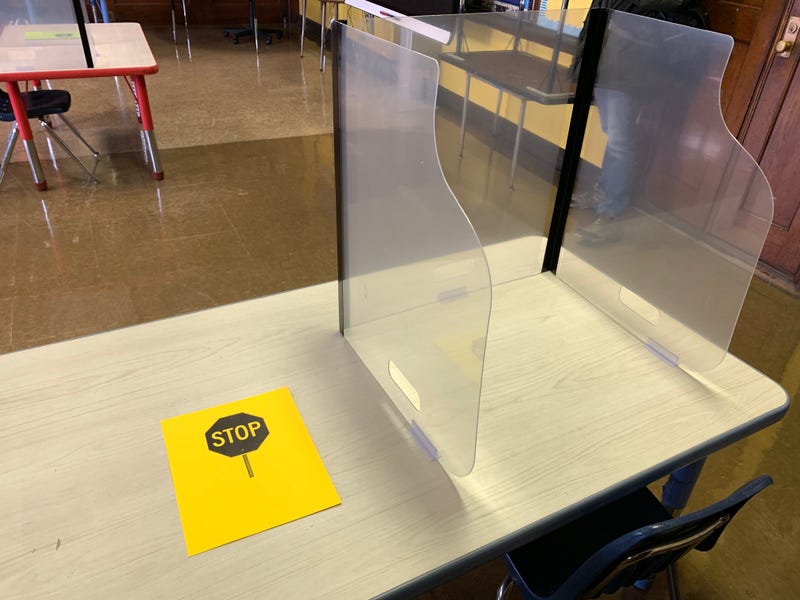 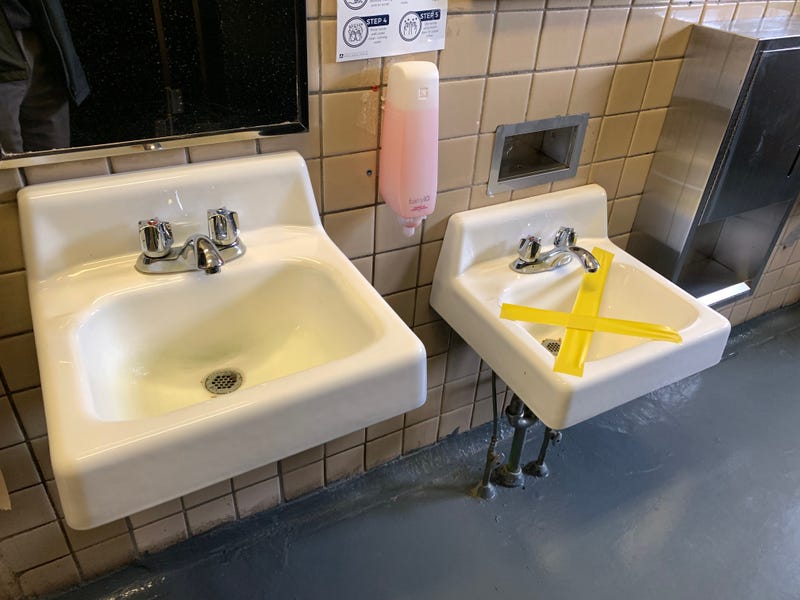 A sink is marked out of use at Nebinger Elementary School so students can follow social distancing protocols. Photo credit Mike DeNardo/KYW Newsradio

The School District of Philadelphia plans to begin in-person classes for 9,000 pre-K through second grade students on Feb. 22. Teachers were scheduled to report to classrooms Monday to begin preparations, but the Philadelphia Federation of Teachers has told its members to continue teaching virtually while the union takes its concerns over ventilation and building safety to a third-party mediator.

In an effort to improve air flow in 32 school buildings that don't have central ventilation systems, such as Nebinger, the district has installed window fans in classrooms. The PFT has decried the fans, but Hite defended the district’s action.

"I know the fans may not look pretty or fancy, but scientifically they perform the job we need them to do," Hite said.

“I know the fans may not look pretty or fancy, but scientifically they perform the job we need them to do.” —@SDPHite to reporters at Nebinger Elementary School pic.twitter.com/9jTBsgc37E

In the meantime, Hite suggested that reopening 137 school buildings didn’t have to be an all-or-nothing proposition.

"If there are schools people are worried about, then let us mediate those schools," Hite said. "If it’s the 32 schools that have fans in the windows, then let’s bring everybody else back and not hold everybody to the same standard when we know we have schools that are safe to take children today."