PHILADELPHIA (KYW Newsradio) -- A mediator is reviewing the dispute that has a lot of School District of Philadelphia teachers continuing to work remotely instead of returning to their classrooms. The Philadelphia Federation of Teachers staged a rally in Wynnefield on Monday morning to drive home their message: Teachers should go back to school buildings only when there is an effective plan to vaccinate teachers and ventilate buildings.

To that end, city officials announced Monday that that Children's Hospital of Philadelphia will work with the Department of Public Health to vaccinate all teachers and staff at all district, charter, independent and parochial schools. The effort is expected to begin by the end of February.

Mayor Jim Kenney said in a prepared statement, "Getting children back into classrooms throughout the city is vitally important to their future."

Plans on where to inoculate teachers are still being developed, but city officials say they will use pop-up clinics located in school buildings throughout the city.

“I have said that educators should be vaccinated because of the level of protection that a vaccine can give them. There are other mitigating factors that have to be in place as well, such as ventilation,” Jordan said.

Jordan couldn’t say specifically whether the vaccine plan would change his recommendation that teachers should not return to school buildings.

As part of its COVID-19 reopening plan, the school district had wanted 9,000 K-2 teachers to go to their classrooms on Monday to begin preparations for the return of in-person learning as part of a hybrid model, on Feb. 22.

Union leadership had insisted they continue remote learning, and even teach from outside school buildings, to get their message across.

At Samuel Gompers Elementary School, a few dozen people lined up in the freezing cold on Monday as a long list of officials spoke. Jordan was there with the president of the national teachers' union Randi Weingarten, as were city councilmembers and state representatives, to talk about their COVID-19 safety concerns.

The union maintains that teachers should have access to the COVID-19 vaccine before heading back into school buildings. Union officials also want a third party to examine the school district's safety plans.

Many of those in attendance mocked the district's plans to install window fans.

Elanda Tolliver, who works at Gompers, says they want to get back in the classroom but it has to be done right. 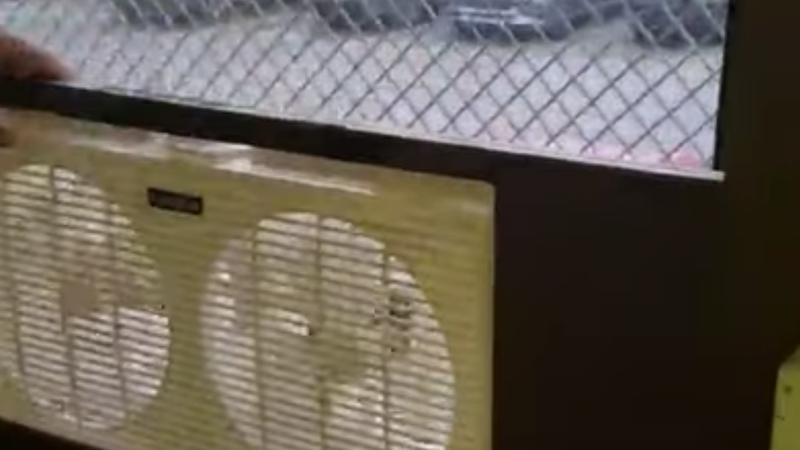 “That’s all we’re asking for -- to come back safely. To know the ventilation system is working here, not just at our school but all our schools.”

Others, like Councilmember Kendra Brooks, underscored the importance of getting teachers vaccinated.

“Keep in mind, some of our schools are in the hardest-hit areas of this city, where families are already suffering the trauma from burying loved ones.”

Initially, after word got out that the PFT was telling members to not go to the schools, the school district said teachers may face disciplinary action if they were no-shows. However, Kenney's office said teachers could not be punished.

"The mediation process is still ongoing. Without a final decision from the mediator, teachers won’t be mandated to report (Monday), but any teacher who chooses to report is welcome to do so," a spokeswoman with the mayor's office said in a statement on Sunday night.

City officials say they hope there is an agreement between the union and the district in time for students to return to the classroom on the week of Feb. 22.