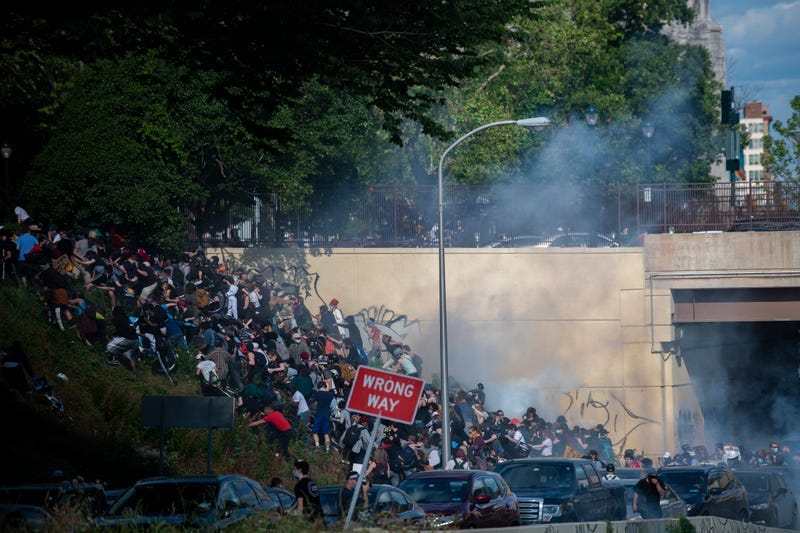 Protesters race up a hill after being shot by tear gas on June 1, 2020, in Philadelphia. The crowd of peaceful demonstrators flooded the Vine Street Expressway, where they were met by Philadelphia police with tear gas. Photo credit Mark Makela/Getty Images
By Kristen Johanson, KYW Newsradio

PHILADELPHIA (KYW Newsradio) — Philadelphia Police Commissioner Danielle Outlaw said she will not resign despite the city controller’s report claiming leaders lacked planning and preparedness during the civil unrest in the wake of George Floyd’s death.

According to the report, the biggest issue was the city did not plan ahead for potential unrest or protests in Philadelphia, even as they were ongoing across the U.S.

City Controller Rebecca Rhynhart said there should have been a blueprint plan to handle crowds like this, but Outlaw said there was no blueprint for the kind of unrest that unfolded. And at first, they were severely unstaffed.

“We began to bolster our resources,” said Outlaw, by calling on Pennsylvania State Police and canceling Philly officers’ days off — something Rhynhart’s report noted should have been done earlier.

“The report also fails to acknowledge the dozens of injuries sustained by PPD officers (who) bravely stood the line in front of non-peaceful protesters who threw acid, urine, bricks, bottles and various other weapons and objects,” Outlaw continued.

“A phone call was made to me to request to use gas and I said yes. It was authorized to try to help those officers get to safety and to disperse the crowd,” the commissioner said, adding there never was a big plan to use tear gas on the crowd. It was situational, she said, and she rejects the report’s comparison to the MOVE bombing of 1985.

“This desperate editorial dialogue seems to politicize the events that our city faced over the summer by combining it with a bombing that dates back to the previous generations and administrations,” she said. 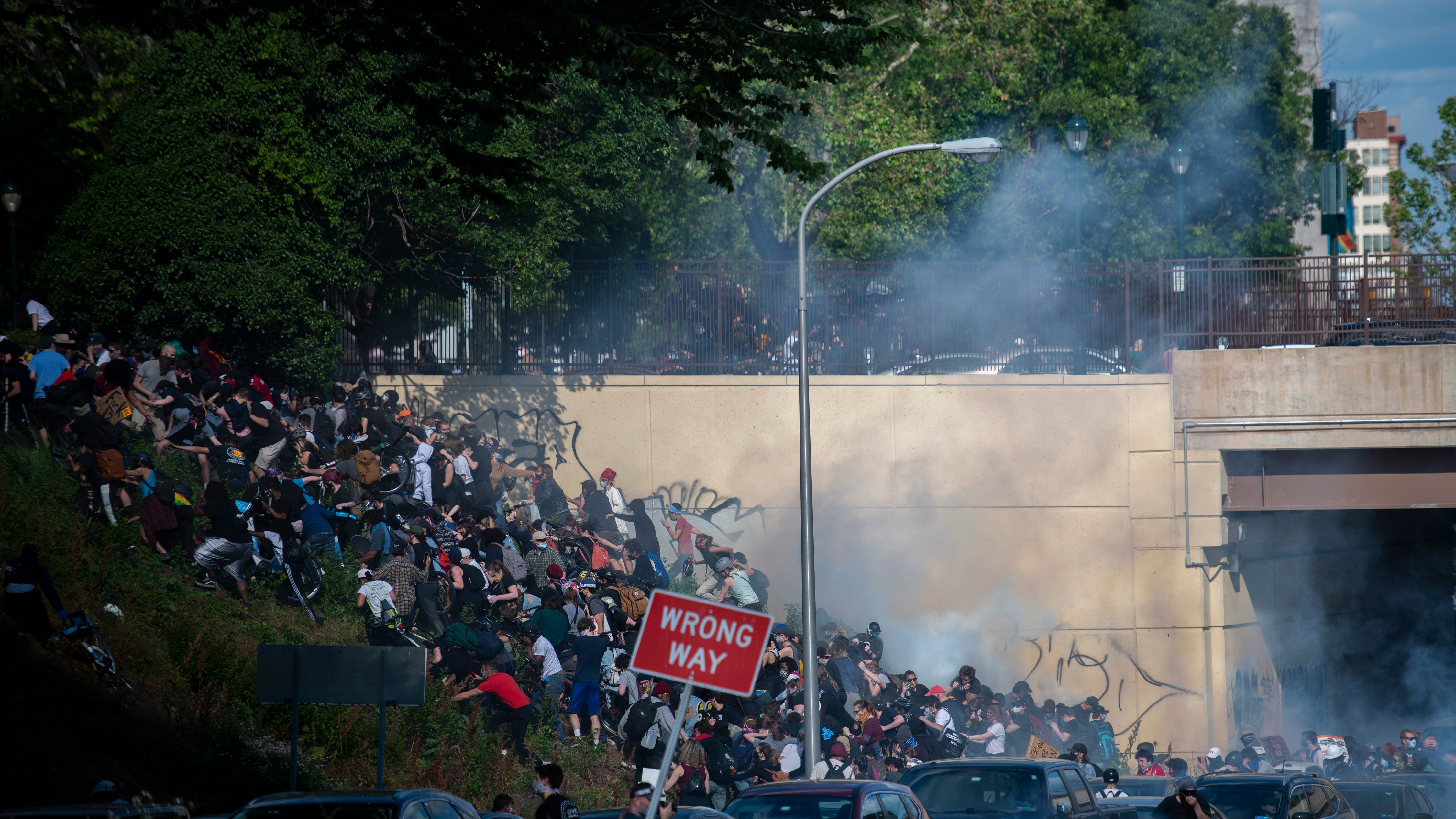 Outlaw admitted mistakes were made, but they are learning from them — and have already. There are several dozen use-of-force investigations underway, and they are trying to put a timeline together and identify witnesses. Outlaw said the department will provide additional updates as more comes to light.

For now, the department has implemented several dozen new policies and training methods, as recommended by the city-commissioned report last month.

Police officials said Mayor Jim Kenney did not attend Thursday’s press conference because he had a prior commitment.