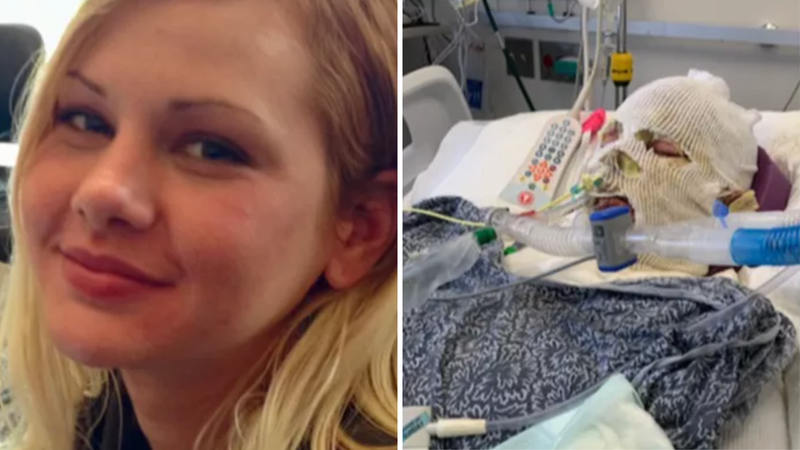 Alyssa Morales suffered severe burns after being set on fire. Photo credit Courtesy of family via GoFundMe
By KYW Staff

PHILADELPHIA (KYW Newsradio) — Philadelphia police are investigating an incident of a woman who was set on fire in Kensington over the weekend.

Police were responding to a call for a fire on East Tioga Street Friday night when they found the woman with severe burns.

According to a family friend who shared the woman’s story on GoFundMe, Alyssa Morales sustained second- and third-degree burns and is in a medically induced coma.

“She was in too much pain to identify herself when she arrived at the hospital, and was listed as a Jane Doe for two days before her family was able to see her,” the GoFundMe page reads.

Police say no arrests have been made so far.