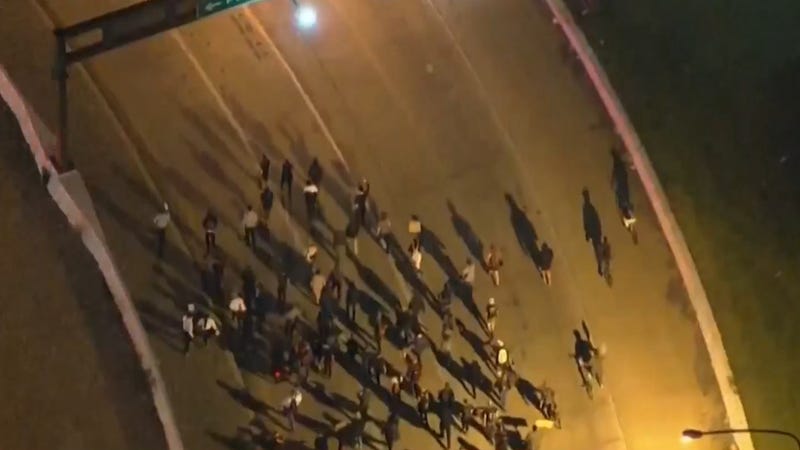 Protesters took to the streets of Philly, this time occupying part of I-95. Photo credit NBC10
By Paul Kurtz, KYW Newsradio 1060

PHILADELPHIA (KYW Newsradio) — For a second night, people took to the streets of Philly, this time occupying a major highway, to protest a Kentucky grand jury's decision not to indict any police officers in the death of Breonna Taylor.

About 100 marchers made their way from Independence Mall to the southbound lanes of I-95 to show their outrage Thursday night. Some sparred verbally with drivers before police moved them out at around 8:30 p.m.

The demonstrators made their way to South Philly and attempted to move onto I-76 but police blocked their path.

The crowd then moved through the streets back to Center City, chanting and engaging with bystanders and outdoor diners along the way. 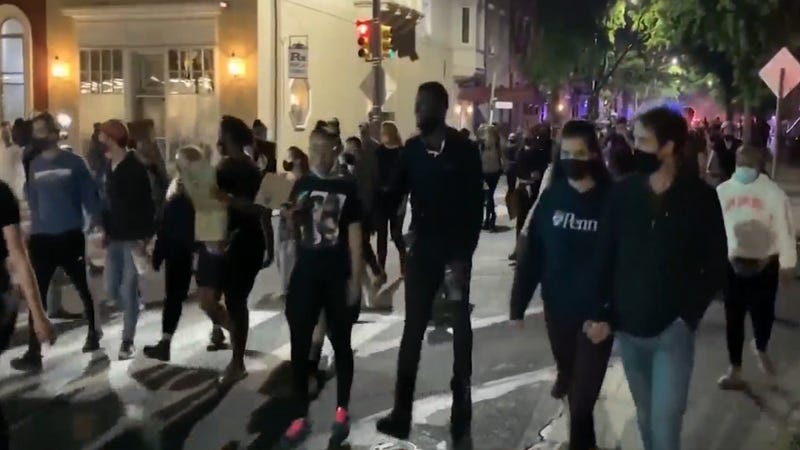 People took to the streets of Philly, protesting the decision of a Kentucky grand jury not to indict police offers in the death of Breonna Taylor. Photo credit NBC10

One of those bystanders was Lyric Jernigan, who told NBC-10 she fully supports the demonstration.

"I completely can see myself in Breonna Taylor. That could have been anybody's mother, sister, aunt. And the fact that you can't see that a life deserves justice, period, but her neighbor's walls got justice before she did — it just doesn't make sense. In America, you can't say that all lives matter when her life clearly did not get justice."

Taylor was gunned down in her home in March. The state attorney general said the cops fired in self defense after Taylor's boyfriend fired at them.

Demonstrators say they will be out again Friday.