EAGLEVILLE, Pa. (KYW Newsradio) — Law enforcement officers were searching Thursday afternoon for a homeowner they say threatened a township worker with a gun, then ran back and locked himself inside a house before a series of explosions, which damaged three homes in Eagleville.

A shelter-in-place order was put into effect in the neighborhood around that time, but it was lifted at about 3 p.m. There was no remaining threat to the public at that time.

SHELTER IN PLACE: There is an active police incident in the area of Eaglestream Apartments (Sunderland Drive in Lower Providence). Please avoid the area. pic.twitter.com/74rfmdjlq0

One person suffered what were described as minor injuries.

Lower Providence Police said that before 1 p.m., a code enforcement officer went to the home in The Eagle townhome community, just off Eagleville Road by the Montgomery County Jail. The officer was there for a follow-up inspection. Sources say it involved a hoarding situation.

Sources close to the investigation say the code enforcement officer hid in a window well until it was safe to get out of the neighborhood.

Officers then engaged the homeowner in front of the home.

“A very short time later, there were multiple loud explosions and the residence caught on fire," said Jackson. 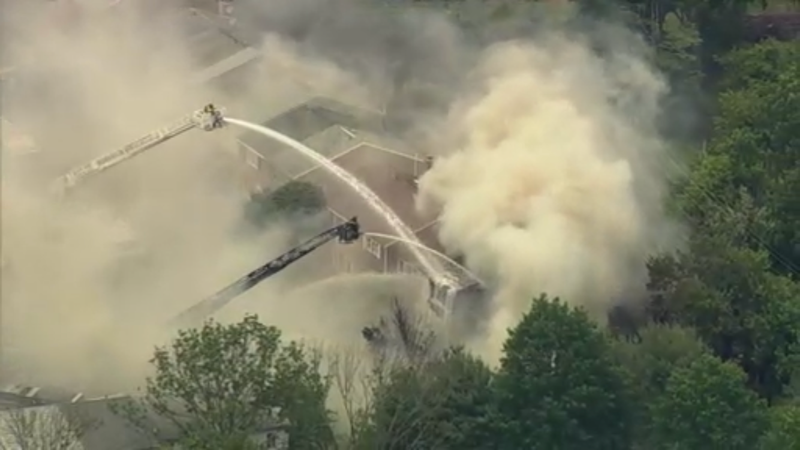 Sources say they never saw anyone leave the home after the explosions.

Police established a perimeter and evacuated residents of surrounding properties.

As they established a perimeter to secure the scene, fire crews battled the fire while other police officers assisted. 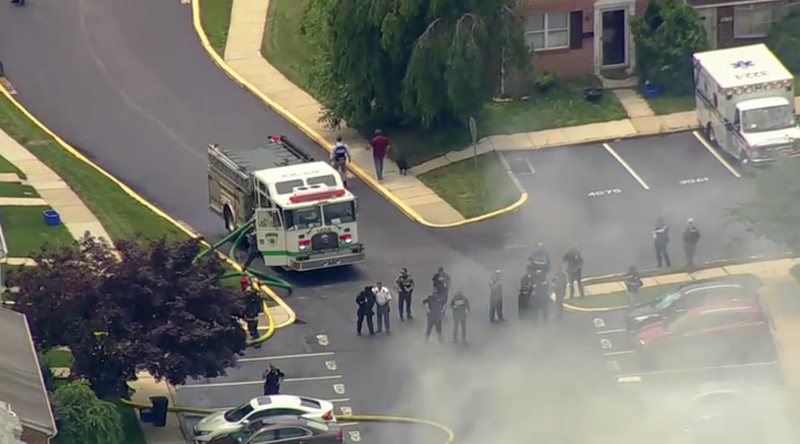 Police said they were trying to find the homeowner, but they were unsure if he was inside or outside the home as of 3 p.m.

A large police presence remained in that area as residents returned to their homes. 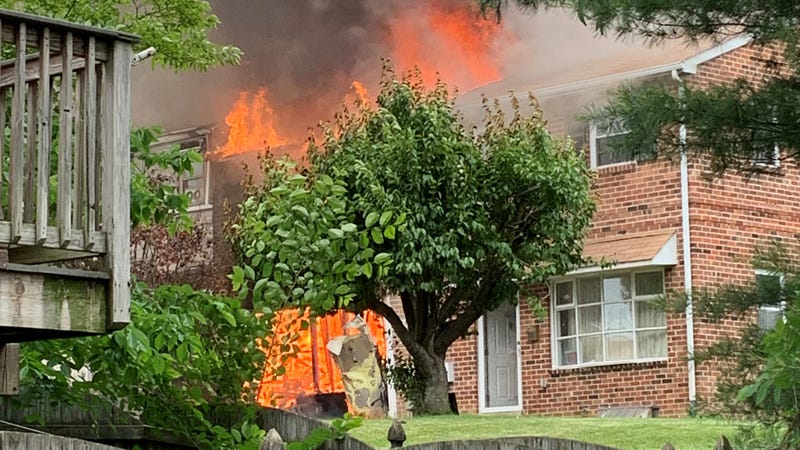 Dena and Patrick Baine live in the neighborhood, and they are among the families that have to live with the aftermath of what happened.

”Hopefully we can help whoever lost their homes and things like that," Patrick said.

"The unfortunate violent part is over. Now we have to deal with the consequences of that as a community."

When asked how to explain the tragic events of the day to their young daughter who was holding a stuffed animal, Dena frankly responded, "I think somebody has to explain it to the big people, right?"

"I know this one [their daughter] is very scared," she added. "I just have to figure out a way to help her."