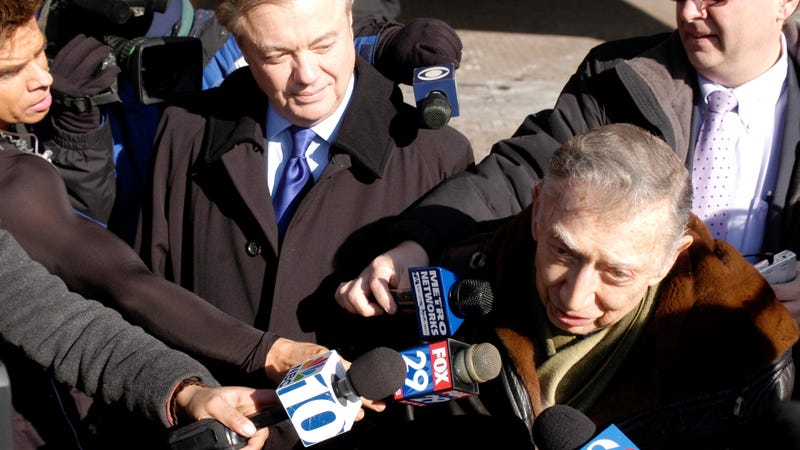 PHILADELPHIA (KYW Newsradio) — Richard Sprague, a lion of the Philadelphia bar who practiced for more than 65 years as prosecutor, plaintiff’s lawyer and defender, has died at the age of 95 after a brief illness.

Sprague will be remembered for his dramatic courtroom tactics, his high-profile victories, his quickness with a lawsuit and his longevity.

Sprague was born in Baltimore, but perfected his Philadelphia credentials with a Bachelor’s degree from Temple and a law degree from Penn. He began his career in 1955 in what was then the Voluntary Defender Association. Three years later, he joined the District Attorney’s office, rising to first assistant under Arlen Specter.

He rose to national attention when he was appointed special prosecutor in the 1969 murders of United Mine Workers official Jock Yablonsky, his wife and daughter.

Through years of investigation, Sprague managed to bring conspiracy charges against UMW president Tony Boyle and won the conviction with surprise testimony from an FBI agent about an incriminating document that — as Sprague slowly revealed through a series of questions — had Boyle’s fingerprints on it.

“I could have presented the same evidence in my case in chief,” he told an audience at Penn in 2009, “but just imagine how much more dramatic and the greater impact of it in presenting it as I did. The fun of being a trial lawyer is thinking of innovative ways, of dramatic ways to get your case across.”

That creativity, combined with fierce tenacity and legal acumen, led to a career of win after win in the courtroom.

“If I were in serious trouble of any kind, or if I needed advice or help on a matter of great importance, Dick Sprague is the guy I would call,” F. Lee Bailey, whom Sprague represented, wrote in the introduction to Sprague’s 2009 autobiography, “Fearless.”

Journalists tended to view Sprague with hostility because of his penchant for suing them or bringing libel suits on behalf of others. (That includes KYW Newsradio, in a case settled with a non-disclosure agreement). But like Bailey, when former Philadelphia Inquirer owners Lewis Katz and Gerry Lenfest needed a lawyer to wrest control of the paper from their former partner, they called Sprague and he delivered.

In 2019, when he was 94, Sprague proudly told Smithsonian Magazine that he went into the office every day. He stayed active in the courtroom into his 90’s as well.

In 2016, he participated in the defense in the longest civil trial in Philadelphia Courts of Common Pleas history, the Center City building collapse lawsuit. His firm’s client, building owner Richard Basciano, settled the suit, along with the Salvation Army, for a record $227 million.

One story that Sprague loved to tell goes back to 1960, when he was a homicide prosecutor and trying a man for the murder of his girlfriend, even though there was no body.

The defense lawyer argued in his closing that the lack of a corpse was grounds for acquittal. That lawyer suggested the victim could walk through the courtroom doors at any moment, just as, indeed, a woman walked through the doors.

After a pregnant pause, the defense attorney acknowledged she was not the victim, but said the fact that every person in the courtroom turned to look was proof that they had reasonable doubt.

As Sprague told the story, he arose a moment later to address the jury in rebuttal.

“Yes, you all turned and looked,” he said, “but two people in the courtroom did not. I did not because I was looking at the defendant. And the defendant did not turn and look because he knows she’s dead.”

The jury delivered a guilty verdict.

Sprague practiced with his son, Thomas. He is also survived by his daughter Barbara, his partner Edith Magaziner and eight grandchildren.

A memorial service is planned for Thursday at 1 p.m. and will be livestreamed at www.levinefuneral.com.