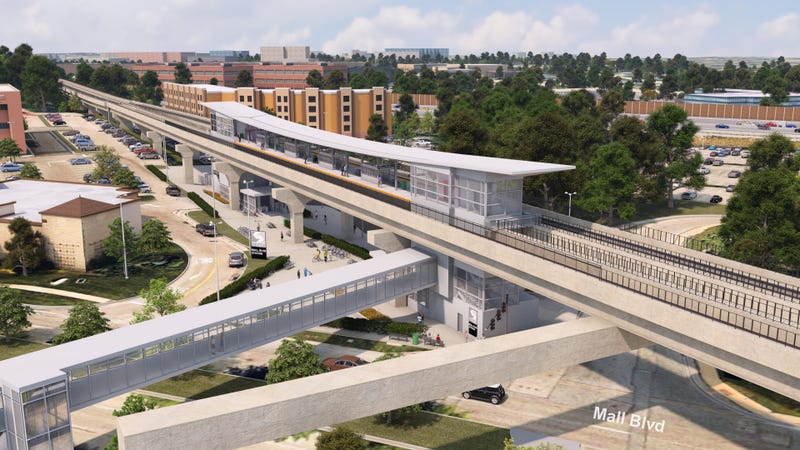 Despite setbacks from the coronavirus pandemic, SEPTA is still on track to build its expansion of the Norristown High Speed Line, which would create transit access to King of Prussia and Valley Forge. Construction will likely start in 2025 and last through 2027. Photo credit SEPTA
By Mark Abrams, KYW Newsradio

PHILADELPHIA (KYW Newsradio) — As SEPTA struggles with deep losses in ridership and revenue because of the coronavirus pandemic, transit agency officials reassured that their long-term plans to expand rail service to the King of Prussia area haven’t been derailed.

The $2 billion project will extend four miles of the Norristown High Speed Line to King of Prussia and Valley Forge.

SEPTA General Manager Leslie Richards said it has gone beyond the first phases of design, but there’s still a long way to go.

“We’re hopeful if things continue to progress that we will to start to see this being built in 2025 to 2027,” she said. “That will be very key in getting people to good jobs and presenting them with opportunities, and also helping employers out there attract the best and the brightest.”

Jody Holton, SEPTA assistant general manager for planning, said the line would branch off near the Hughes Park Station in Upper Merion Township, extend to Henderson Road and into the King of Prussia Mall, then continue to the business park.

“And the final stop is at Valley Forge, very close to the casino and the Valley Forge National Historical Park,” Holton said. “We’d anticipate at that final location that there would be shuttle service or additional connecting service to get you to The Village at Valley Forge.”

SEPTA applied for federal funding, under a program that supports commuter rail system expansion, which would cover about 50% of the costs.

“If we didn’t apply for this funding, it would go to another agency in the U.S., and we’re certainly due for an expansion of our system,” Holton added.

She said SEPTA is also looking for support from the state and counties that the transit authority serves.