PHILADELPHIA (KYW Newsradio) — Five people were shot Tuesday evening at the Shepard Recreation Center in West Philadelphia's Haddington neighborhood. Two of the victims, including a teenager, were listed in extremely critical condition, according to police.

The shootings happened at about 6:50 p.m. just as summer camp was wrapping up for a group of kids at the center, located near the corner of North 57th Street and Westminster Avenue.

According to police, three victims had been playing basketball and had just left the court and were walking down the street when a white Dodge Durango with six people pulled up. Four of those people fired at the individuals, grazing two other bystanders, said police.

Two of the victims were shot in the head and placed in extremely critical condition. One is a 17-year-old boy, and the other is a 21-year-old man.

When the Durango fled the scene, police said they chased the vehicle and caught up with it when it struck a wall at the corner of Farson Street and Haverford Avenue, about a mile away from the rec center. Police said they took three people into custody, while the remaining three are still missing.

The mayor, police commissioner, district attorney and city council members held a joint press conference Wednesday. Authorities did not give any information on who police arrested or who they were still looking for, except that they are in their 20s and some have had prior contact with law enforcement. They believe that the violence is connected to group or gang activity. 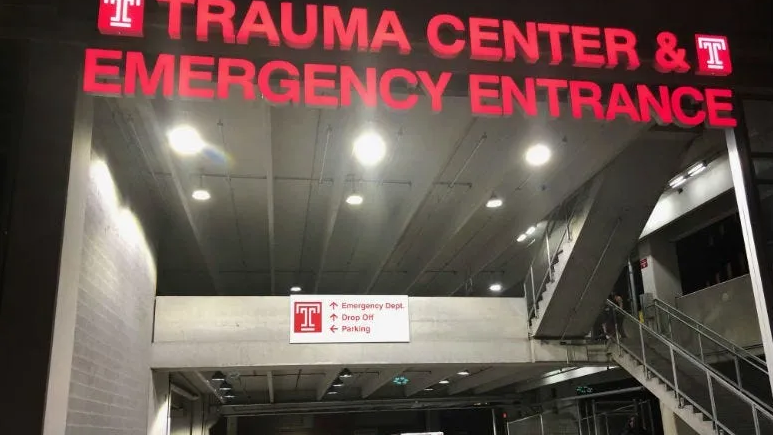 Mayor Jim Kenney made it clear that Philadelphia police want people to call with tips. He announced that, in the case of any shooting near a rec center, school or library, the city will offer a $10,000 reward for information leading to an arrest.

Investigators say they found nine handguns and rifles. Four were at the scene, and five were found in the Durango.

“It’s very, very frightening and just really, really unfair for folks to have to live in an environment where people are wantonly firing guns without any care or concern for the people around them,” said Deputy Police Commissioner Christine Coulter.

‘These kids, they deserve something better’

Children were playing at the rec center, as they always do when they are waiting to be picked up from summer camp. But then, camp director Patricia Thompson said Wednesday, a beautiful summer evening turned into a nightmare.

“We heard the shots,” Thompson said. “The first two shots, the kids thought it was firecrackers, so nobody moved. The third shot, the whole recreation center, all the people, just went down — because we realized that something was wrong.”

Then, she said, everyone started to run towards the back gate of the park, as round after round was fired outside the front.

“Parents were trying to snatch their kids up from football. Kids were crying. We left all our belongings,” Thompson said.

“It was just horrific.”

All of the kids were all accounted for and none was hurt. Some returned to camp today, and some parents kept their kids home.

“We had some parents who didn’t send them today — but that’s understandable, when we didn’t know to close or not, because people really need services,” Thompson said. “But we really need to figure what to do. It’s just not safe.”

As shocking as the violence was, for 14-year-old Thomas Macon, who lives close by, it is all too common. His best friend was killed last month.

“For these kids, they deserve something better than what’s going on. But for me, it’s just another normal day, because I lost all I had. That was my best friend.” 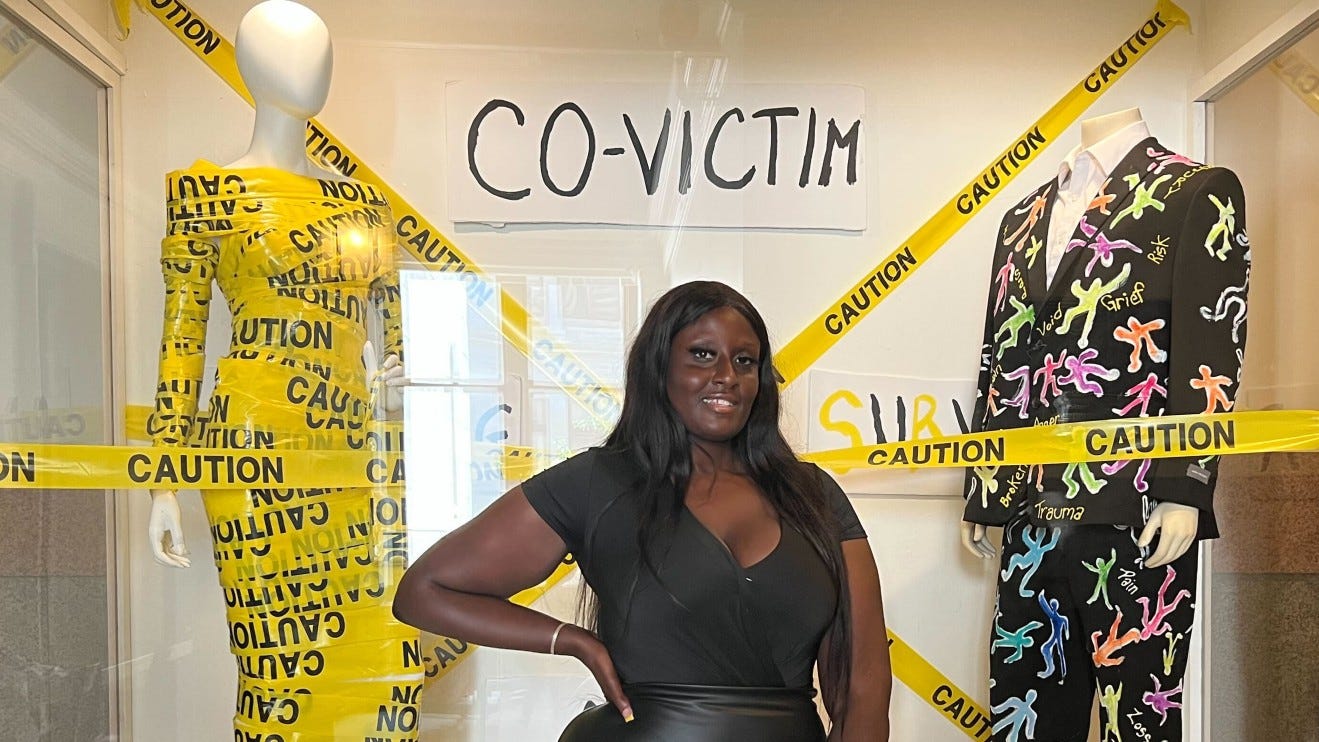 CORRECTION: Certain facts presented by police and city officials, including the number of suspects involved in the shooting and the ages of victims, have been updated to reflect the latest information available. Also, an image in an earlier version of this story misidentified a set of backpacks, belonging to children attending a summer camp on Wednesday, as being left behind by children on Tuesday.