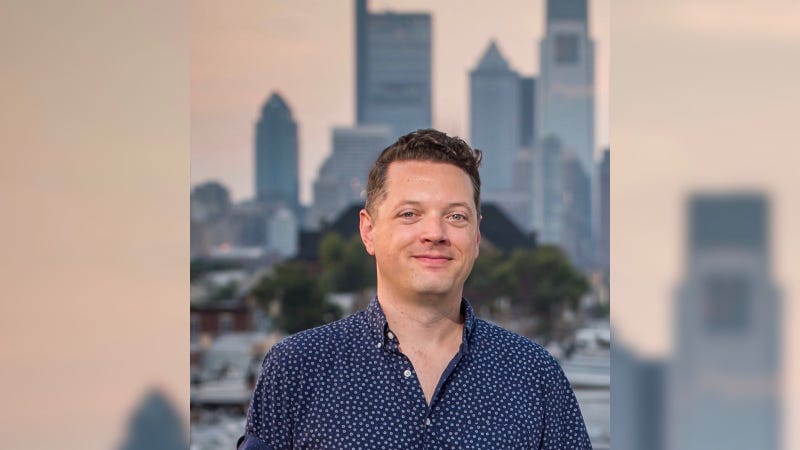 PHILADELPHIA (KYW Newsradio) — The team that flipped Pennsylvania back to blue in the presidential race was led by a 37-year-old from Philadelphia.

Brendan McPhillips had no playbook to follow when he became President-elect Joe Biden’s state director last summer, and maybe that was a good thing.

The conventional approach — ginning up turnout in Philadelphia and Pittsburgh — hadn’t worked for Hillary Clinton in 2016. So McPhillips' strategy included campaigning in conservative counties that Democrats normally bypass.

McPhillips had to get creative with how to do that, since traditional door knocking was out. Democratic voters will tell you they got a lot of calls and texts. And they pressed hard on voting by mail.

McPhillips said they had over 1 million conversations about how to do it correctly.

“When folks were looking at the election returns and wondering why the vote-by-mail numbers were so favorable to the vice president, that’s why,” he explained.

He also turned to what he calls “relational organizing."

“Asking our volunteers, ‘Have you talked to the 10 closest people in your life about why you’re supporting Joe Biden and have you asked them to talk to their friends,’” he explained.

McPhillips said the team took nothing for granted, persuading in the cities, not merely getting out the vote, and working to shore up gains in the suburbs.

Once Biden started traveling, he spent time in Erie, Cambria and Northampton.

“Going into tougher places where we may not agree on policy issues but folks could kick the tires on our plans, look Joe Biden in the eye and get to know who he is. I think that really made a difference,” he added.

And he has one rule that applies to all campaigns: Ignore the polls.