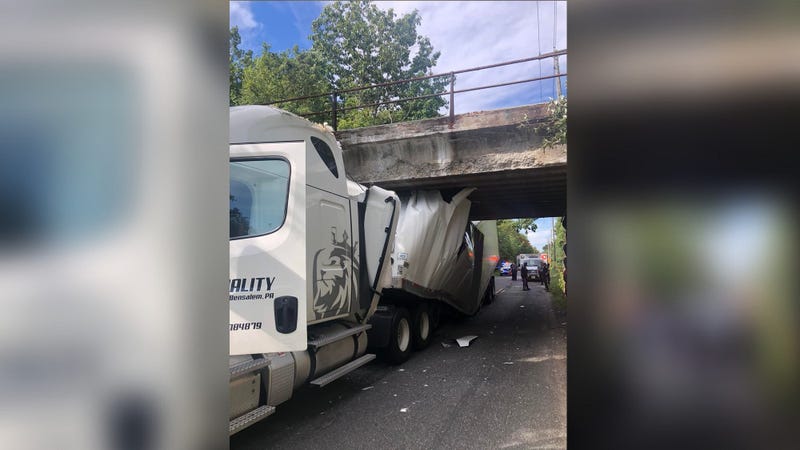 A tractor-trailer that got stuck under a bridge Tuesday on Fleming Pike. Photo credit Winslow Township Police Department
By Nina Baratti and KYW Staff

The tractor-trailer got stuck under a bridge in Winslow on Fleming Pike.

A photo released by police shows the stuck truck, with clear damage to the trailer.

The road was shut down for a few hours between South Egg Harbor Road and the White Horse Pike, while crews worked to unload and remove the truck.

Someone else was delivering what KYW Newsradio Traffic on the Twos reported to possibly be a shed, before that structure fell to the ramp from I-95 southbound to the Vine Street Expressway.

You dropped something...95 south ramp at Callowhill. Police on scene to assist. Use caution. @KYWNewsradio #KYWRadioTraffic pic.twitter.com/4ERHC4wymu

Crews had to close the southbound ramp, and the closure tied up drivers during much of the Tuesday afternoon commute from Center City.