PHILADELPHIA (KYW Newsradio) — Two teenagers' lives have been taken in a triple shooting in Philadelphia on Wednesday afternoon. A third teen is hospitalized and in stable condition.

Philadelphia police said the shootings happened at about 12:10 p.m. near the corner of North 56th and West Vine streets in West Philadelphia. The location was just steps away from a day care center and a charter school.

Johnson, whom KYW Newsradio has confirmed was quarterback for the Boys Latin Charter School football team, was found with gunshot wounds to the face and body inside a Hyundai Elantra on 56th Street. Frazier had been hit in several places throughout his body. 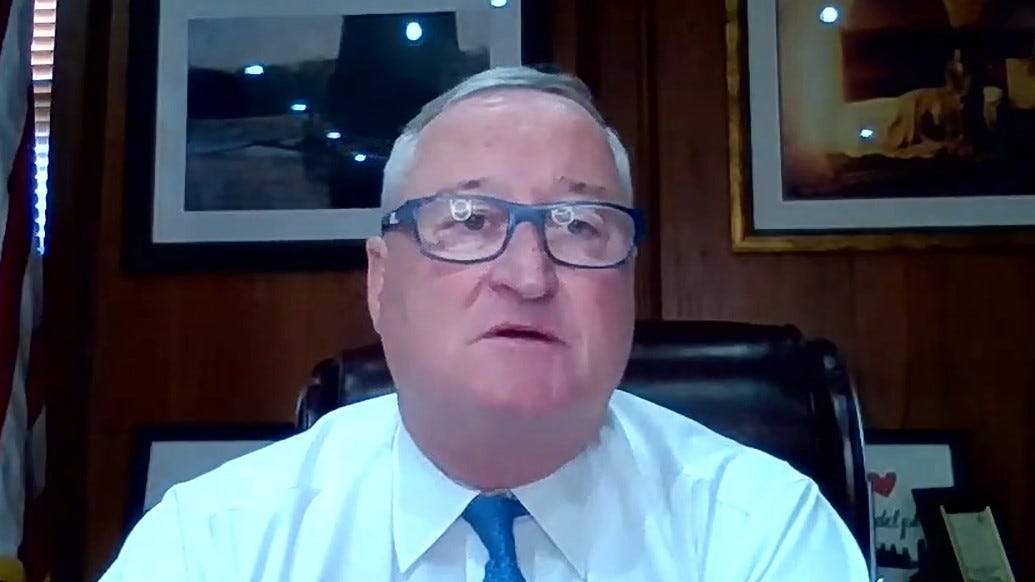 Nearly 1,300 shot in Philadelphia this year; what is city's strategy for stopping violence?

A 16-year-old boy, whose identity police have not disclosed, was shot in the left shoulder, according to investigators. He was taken to Lankenau Medical Center and placed in stable condition.

According to police, no one was initially arrested, and no weapon was recovered at the scene.

Officers marked at least 17 pieces of evidence on the street after the shooting, including numerous shell casing markers, as part of their investigation throughout the afternoon. 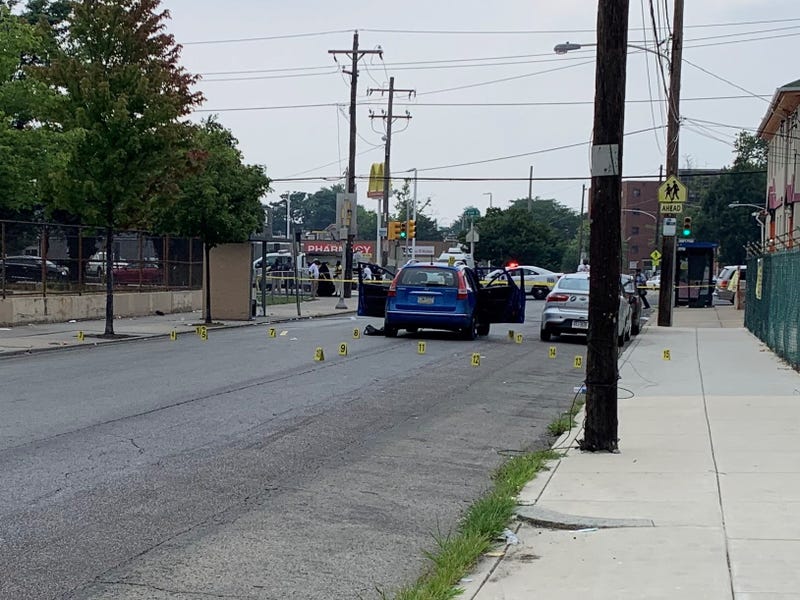 At least 17 pieces of evidence marked at the scene of a triple shooting where two teenagers were killed. Photo credit Andrew Kramer/KYW Newsradio

"He's not that kind of kid," said a woman on scene, who identified herself as the aunt of one of the victims.

Beverly, who declined giving her last name, lives just feet away from the location of the shooting. She says she was home with her daughter when she heard the familiar sound of gunfire.

Beverly said it was not hard to stay calm. She says she is used to this kind of violence. 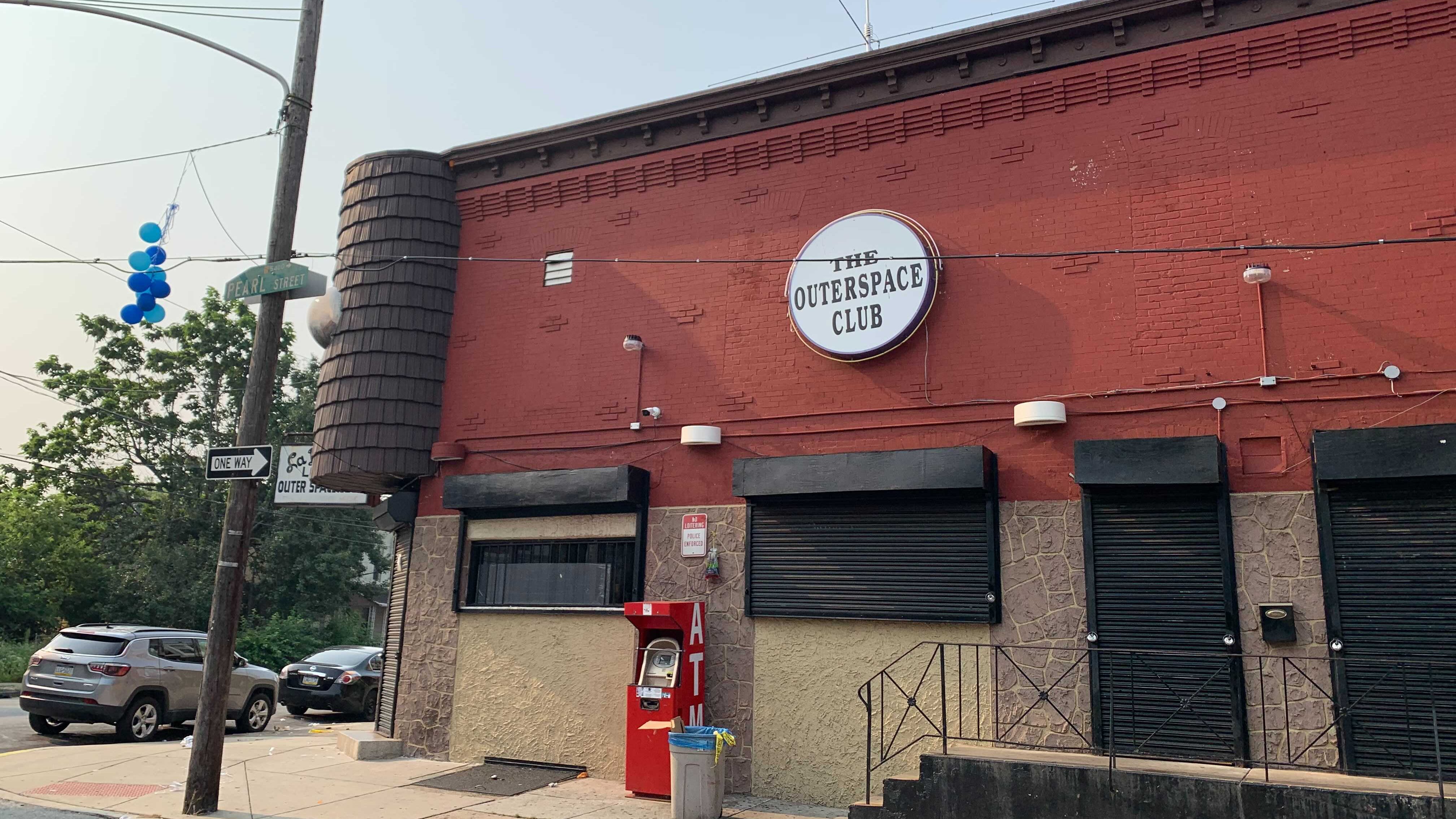 2 homicides just 5 minutes apart, and a pregnant woman shot down in Philadelphia

"I do feel nervous about it, but I do try to hold my composure, the same way it happens to other people’s children," she said. "Tears roll down my eyes anyway, because I've got children."

Pointing across the street, she remarked that someone else had been shot and killed there before.

This incident was not far from where a pregnant woman was shot three times Tuesday night.

As of early Wednesday afternoon, 125 children have been shot in Philadelphia in 2021, and about 1,300 people have been shot this year in the city overall. 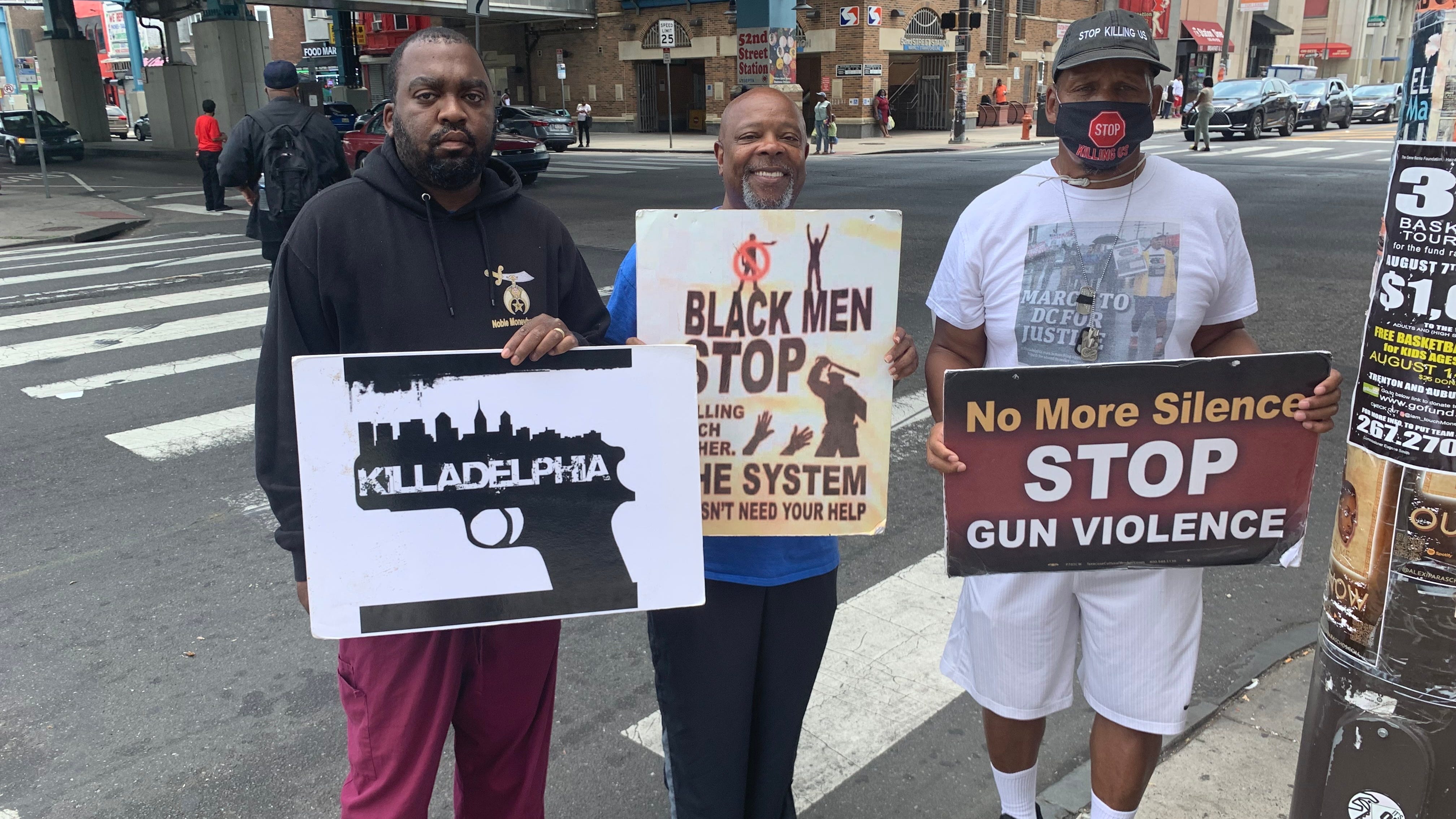