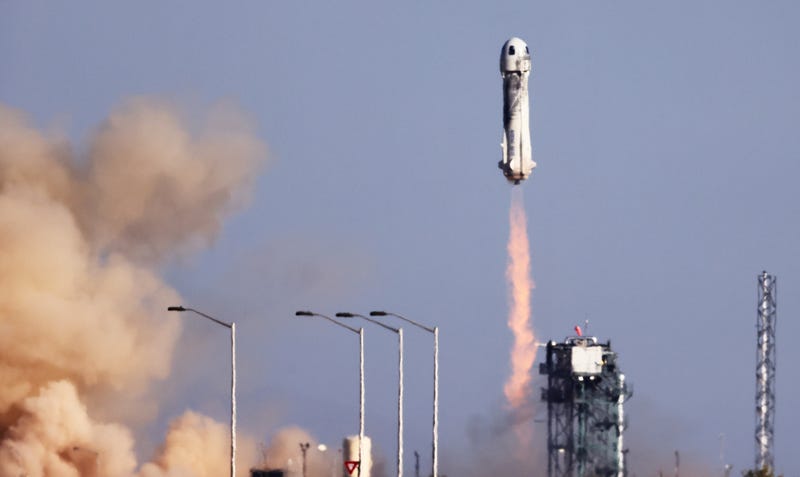 Best known for his role as Captain Kirk, the 90-year-old Shatner joined three other passengers for the planned launch from West Texas.