PHILADELPHIA (KYW Newsradio) — Despite numerous claims from southeastern Pennsylvania lawmakers, Gov. Tom Wolf says there was never a shortage of vaccine to the Philadelphia collar counties. He said it’s simply a supply issue.

“We’re trying to figure out how we can get, as equitably and quickly as possible, the shots into arms. Every time we look at this, we think we’re doing it the right way,” he said.

Area lawmakers are still unconvinced. They want the data made public. Wolf said the state has shared that information, but lawmakers say it’s lacking detail.

“Well, they showed us a graph,” sighed Montgomery County Commissioner Dr. Val Arkoosh. “I don’t really know that I can adequately describe it.” 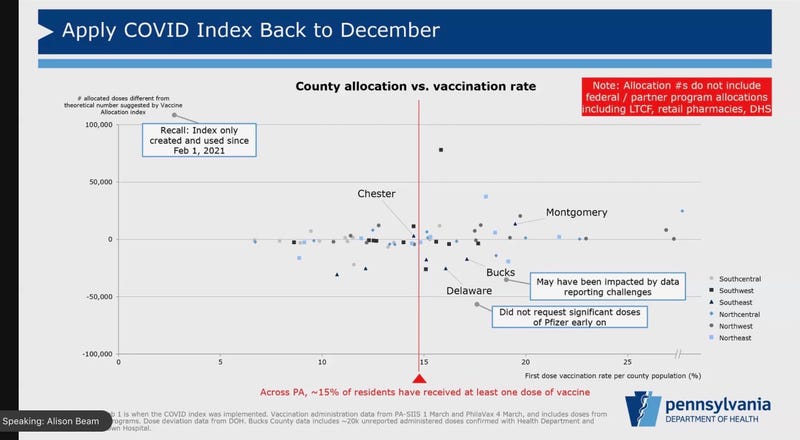 Arkoosh said while the state Department of Health talked about the graph on Thursday, they didn’t supply any supporting data.

“It had dots and triangles and circles for counties, and they had four or five counties actually labeled,” said state Sen. Katie Muth. “But not something that you could click on the shapes and say, ‘OK, this is this county.’ ” 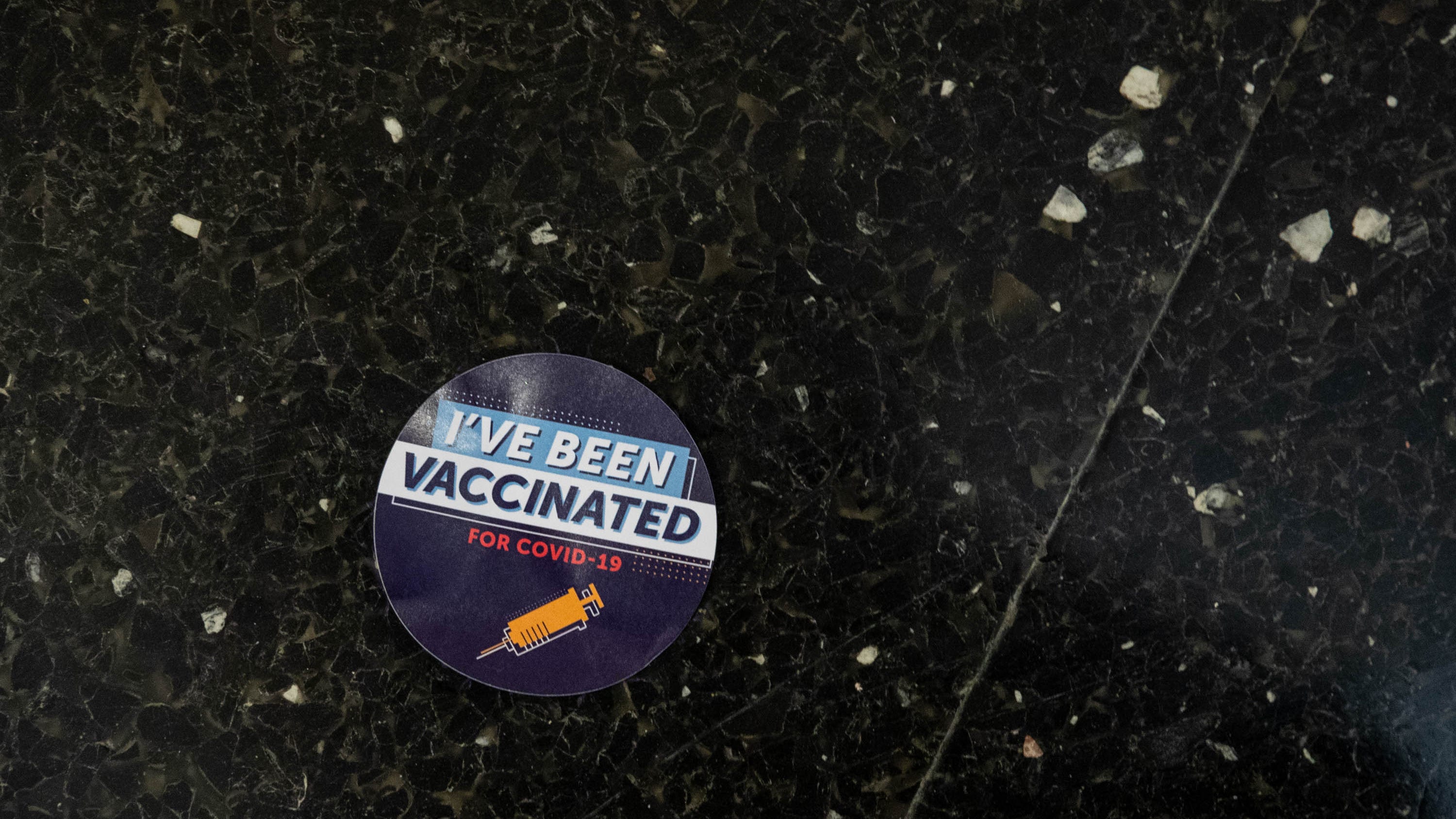 At-risk patients who live in suburbs can’t get vaccine at Philly hospitals where they get treatment Lawmakers say southeastern Pa. shortchanged by 100K vaccine doses

Both Muth and Arkoosh say without comprehensive data — including complete information from federal partnerships with the total numbers of vaccinations — it’s difficult, if not impossible, to understand the state’s allocation procedures.

Twenty lawmakers from both sides of the aisle in Delaware County blasted Harrisburg for inaction on what they call a shortage of vaccine.

State Sen. Anthony Williams says, in his more than two decades in politics, this is the first time he remembers federal, state and local officials, Republican ans Democrat, all coming together and agreeing.

“Which should suggest to those who are listening, there’s a problem.”

But he says the governor’s office and the Pa. Department of Health don’t seem to be listening.

“This failure to acknowledge the process is not working, it’s not about personalities, it’s certainly not about politics. It’s about lies,” Williams said.

Wolf contends there has not been a shortchange of vaccine doses, based on the number of people who have been immunized across the state. But Arkoosh said the Wolf administration’s current measuring stick of how many people in a county have gotten the vaccine, rather than how many doses the county has received, is not an appropriate measure for equitable distribution.

“(People) can find a vaccine dose somewhere in this state. And if they’ve got the time and the car to get there, they’re able to be vaccinated,” she said, while others may be limited by their jobs or mobility, and can’t get one unless a provider is near.

“The luck of the draw should never determine something as consequential as receiving a vaccine,” state Rep. Chris Quinn said.

Leaders from the four collar counties sent a joint letter to the Wolf administration earlier this week, asking to prioritize any counties that haven’t finished the current 1a phase before supplying any county moving into 1b. They say they have not received a response. Another letter was sent Thursday from a bipartisan group of state lawmakers.

Adding to the confusion, lawmakers from the Philadelphia collar counties say acting Pennsylvania Health Secretary Alison Beam told them on Sunday that no counties would be able to move into the next vaccine eligibility phase while there are counties still in Phase 1a. But Wolf, speaking in York County Thursday, said there is no formal decision, noting some counties are moving faster than others.

“Some counties are moving faster to 1b than others, and we have not made any distribution allocation decisions based on how fast people are moving through 1a,” said Wolf.

Philadelphia is not affected because it gets its allocation directly from the federal government, not from the state.