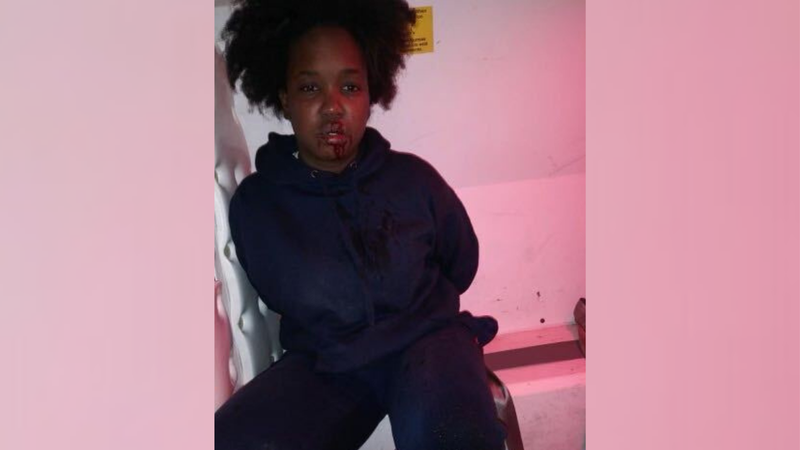 A video erupted on social media showing swarms of police smash the windows of Rickia Young’s car and drag her out, along with her 2-year-old son and 16-year-old nephew, on the first night of civil unrest following the fatal police shooting of Walter Wallace Jr. Young is pictured above bloodied in the back of a patrol vehicle on the night of the incident. Photo credit Riley Ross
By Kristen Johanson, KYW Newsradio 1060

PHILADELPHIA (KYW Newsradio) — An investigation is underway after a video erupted on social media from the first night of civil unrest in Philadelphia, in which a swarm of police officers smash the windows of a minivan and drag the passengers out.

The incident occurred early Tuesday morning, during the first night of protests and looting sparked by the fatal police shooting of Walter Wallace Jr.

Rickia Young was driving that car. Her toddler son and 16-year-old nephew were with her.

According to Riley Ross, the attorney for the family, Young went to pick up her nephew at a friend's house in West Philadelphia just as the chaos unfolded. She brought her 2-year-old son with her to try to get him to sleep.

But because police blocked certain streets, Young got a bit lost.

“(She) turned down Chestnut (Street) and realized boom, she was in the middle of a big crowd, including police and protesters who were out on the street,” said Ross.

“The police swarmed on them, started busting on the windows, pulled her and her nephew out of the car, beat them both. She was arrested.”

Looks like Philly PD smashed the windows of a passing vehicle that was trying to turn around, then dragged the parents out and beat them on the ground in front of their terrified children. [@MrCheckpoint] pic.twitter.com/dNBf0aLGAf

He said Young had to seek medical treatment as a result of the beatings.

Amid the chaos, Young was also separated from her 2-year-old son, Ross said.

“Bashed the car he was in, yanked his mother out, beat her, and now he doesn’t know where she is. He can’t hear” — the boy is hearing impaired — “and now he is terrorized because of the acts of the police,” said Ross. “She kept asking the police, ‘Where is my child, what is going to happen to my child?’ They wouldn’t tell her.”

Eventually, Young was able to call her mother, who picked up the toddler.

“Car seat still had windshield glass in it,” Ross said. “He had a bruise on his forehead. He is hearing impaired and has hearing aids — his hearing aids are gone.”

Ross said the car and Young’s purse are still nowhere to be found.

Young was never charged, he added, and she was let go that morning. 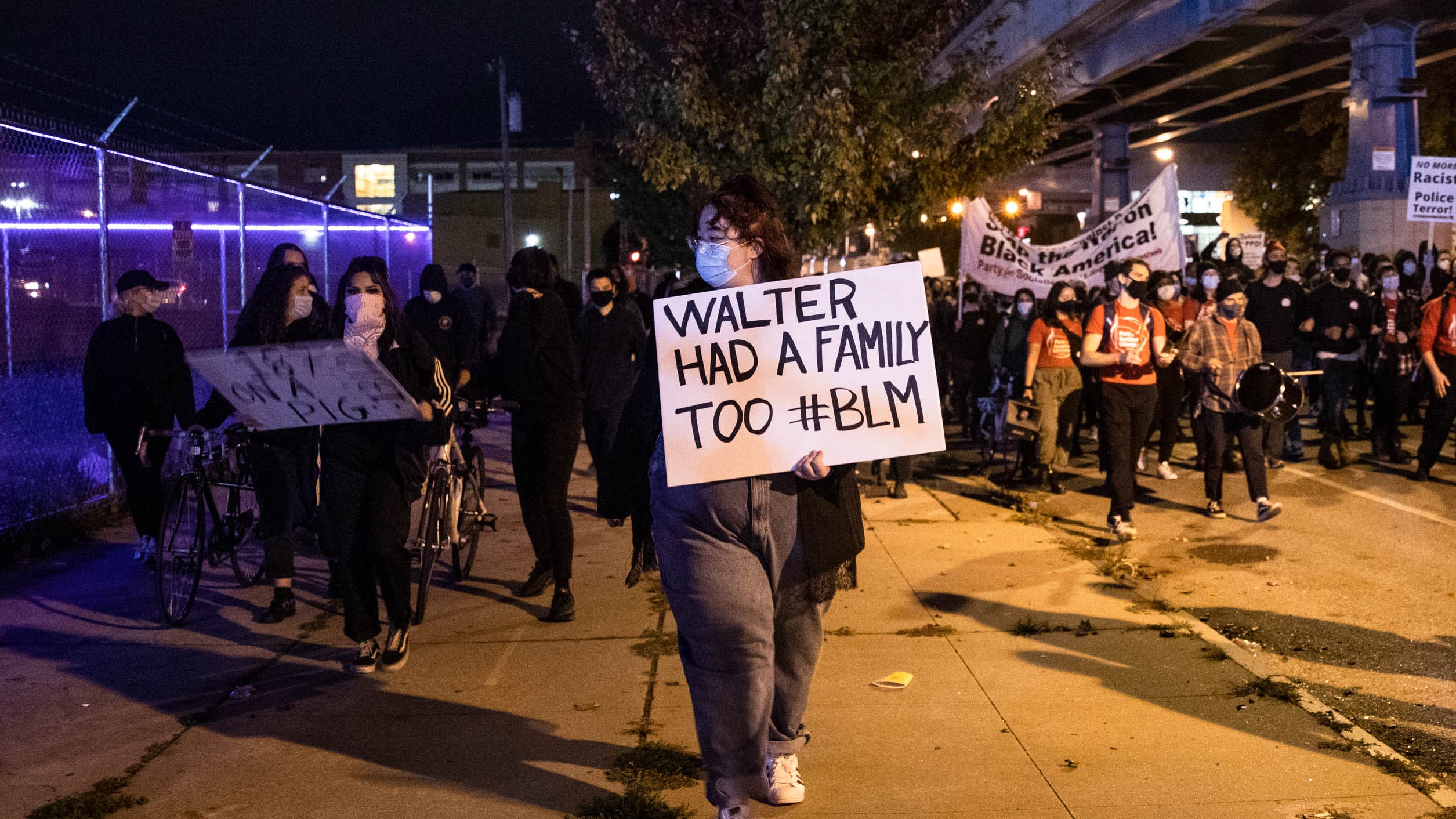 911 call, video of Wallace shooting to be released day after election, city says Family does not think police who killed Wallace should be charged with murder

Meanwhile, the National Fraternal Order of Police shared an image on Facebook of the boy being carried by a police officer, saying the officer was “protecting this child” during “complete lawlessness.” The post incorrectly said the boy was wandering around barefoot.

1/ This post by @GLFOP is a lie. My firm @MinceyFitzRoss represents this boy and his mother. This photo was taken moments after police attacked their vehicle, busted out the windows, ripped the mother from her car and assaulted her. pic.twitter.com/6dmDfoBe2B

The FOP subsequently removed the post and said in a statement on Friday that it “learned of conflicting accounts of the circumstances under which the child came to be assisted by the officer and immediately took the photo and caption down.”

She said one of the officers seen on the video is now on restrictive duty, as the officer and incident is reviewed further by Internal Affairs.

“We have identified the officer responsible, or the one we see using the strikes against the car,” said Outlaw. “That officer has since been placed on restrictive duty, pending the outcome of the investigation.

“I am very careful about what I say,” Outlaw noted, “because I do not know all the circumstances around it — as far as what led up to it, the officer’s experience, or what they will be saying in their Internal Affairs interview.”