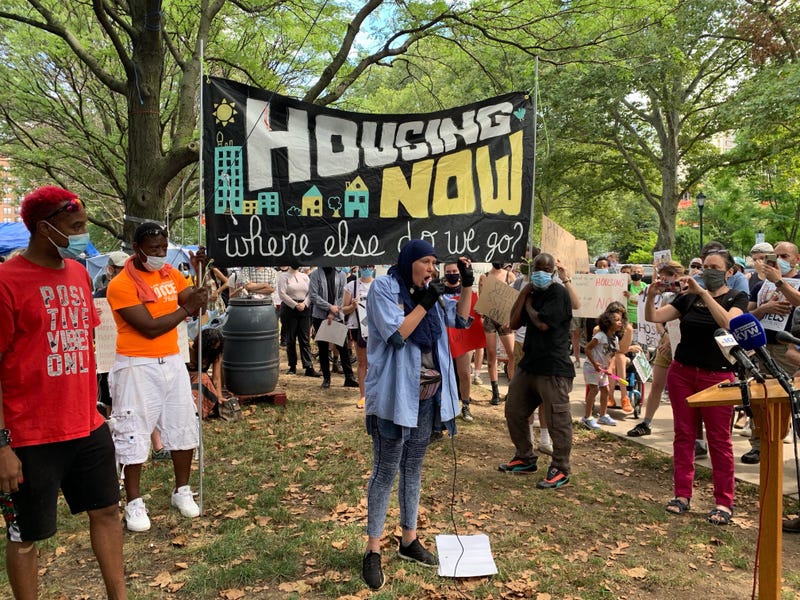 PHILADELPHIA (KYW Newsradio) — The encampment on the Benjamin Franklin Parkway in Philadelphia’s Fairmount section is going away peacefully. The city has reached an agreement with encampment organizers.

City officials say the protesters who led the encampment have agreed to fold up their tents and clear an athletic field on the Parkway by the end of the week.

In exchange, the city and the Philadelphia Housing Authority will gradually transfer 50 vacant properties to a land trust, controlled by the protest organizers — 10 within five days of the campers moving out and 40 more over the next six months. 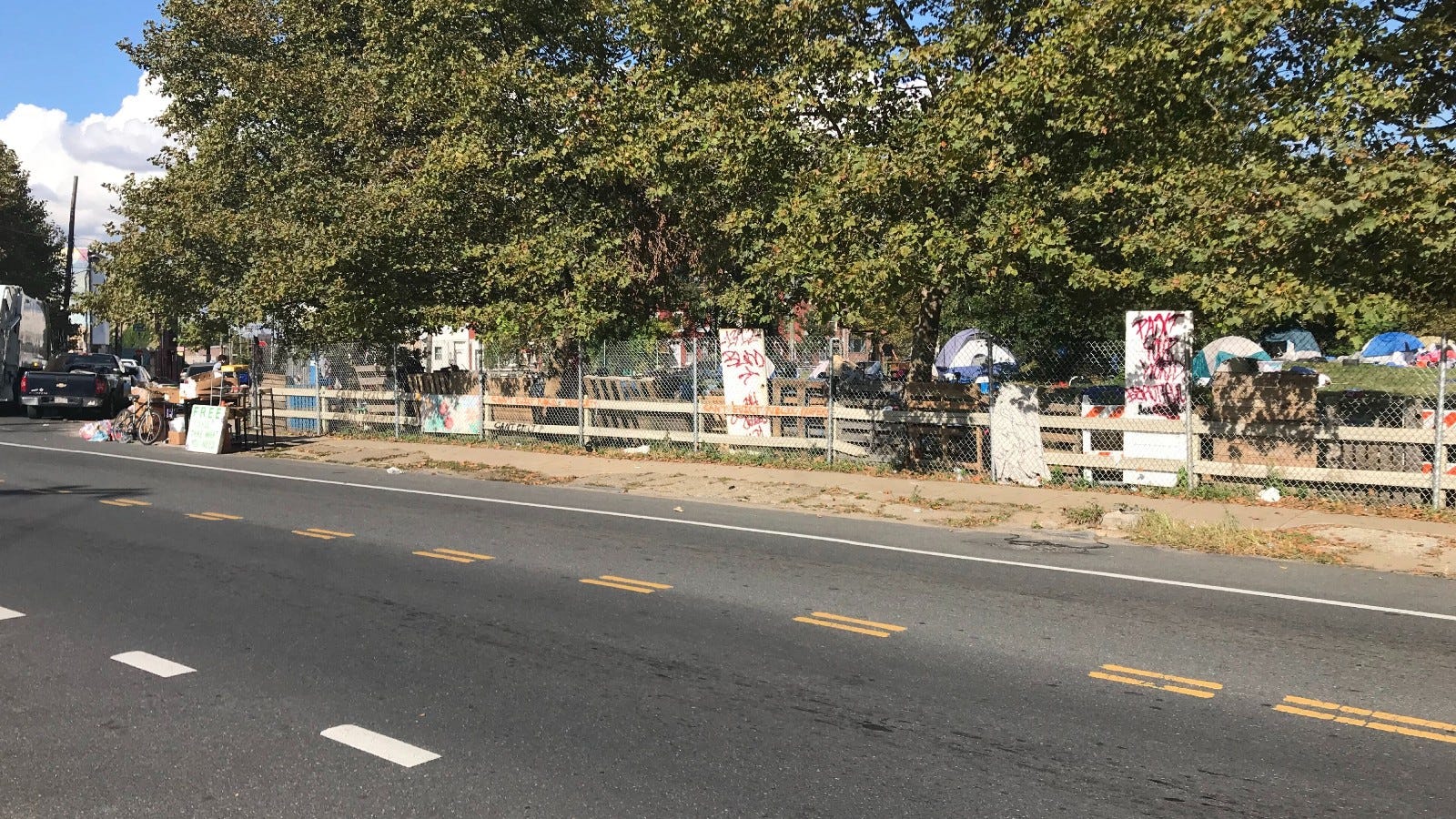 City officials say they will also develop two tiny house villages and make other options available that will house an additional 80 people, with 32 rapid rehousing opportunities reserved for homeless people from the encampment.

A statement from organizer Jen Bennetch said she’s proud of the agreement and happy to move from protest to partner.

One of the people staying at the encampment, who didn’t wish to be identified, said he was very happy that he would have a more permanent place to live.

Mayor Jim Kenney said he’s pleased with the agreement and thanked Parkway neighbors for their patience.

The encampment went up in the midst of civil unrest in June. Organizers have said that staying on the parkway would send a clear message that could not be ignored.

Those who live nearby certainly noticed.

Neighborhood resident Nick Stevens says he supported their cause, the need for permanent housing solutions for the homeless, but he says it was difficult at times.

“I avoid walking down 22nd and the parkway. You tend to get -- I don’t know if 'harassed' is the right term, but aggressive panhandling -- I’ve seen that a lot,” he said.

"My fiancée has been harassed walking by. I have seen people urinating and whatnot in the open."

Another resident, Leigh Leonard, says most of her experiences with those at the camp were pleasant. But she’s glad there’s light at the end of the tunnel.

"Clearly there needed to be some sort of resolution, but a compromise was needed on both ends. So, I think the general view is everyone’s pretty happy with how things have progressed," Leonard said.

"I’m just glad that they were able to come to a peaceful resolution that sounds right now like it’s going to work out for everybody."

And she hopes those at the camp not just get a house but a real opportunity to build a home.

The city threatened to evict the campers several times but they refused to leave, at one point taking over the traffic lanes on 22nd Street in a show of defiance.

But city officials were determined to end the protest without violence.

Brooks on Twitter said she was proud of city leaders and the housing authority for “supporting this unprecedented agreement that embraces the movement for housing justice.”

Gauthier echoed those thoughts, saying, “This is a key step on the path towards housing justice for all Philadelphians.”