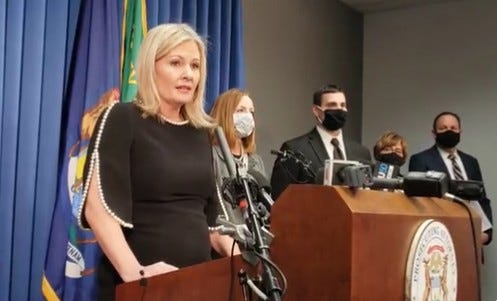 OXFORD TWP. (WWJ) -- The Oakland County Prosecutor has filed involuntary manslaughter charges against the parents of the teenager accused in the deadly mass shooting at Oxford High School.

At an afternoon news conference explaining her decision, McDonald offered many new and startling details about the case.

She began by saying that while it was 15-year-old Ethan Crumbley who held the gun and fired, there were other involved who must be held accountable for this tragedy. "Gun owners have a responsibility. And when they fail to uphold that responsibility, there are serious and criminal consequences," McDonald said.

Revealing a bevy of new information, McDonald alleged the following:

-- The 9mm semiautomatic pistol used in the shooting was purchased by James Crumbley on Black Friday at Acme Shooting Goods in Oxford. When he bought the gun, his son — alleged shooter, Ethan Crumbley — was with him.

-- Social media posts show Ethan Crumbley had access to the Sig Sauer 9mm, and practiced shooting the pistol he called his "new beauty."

-- The gun was stored in an unlocked drawer in the parents' bedroom.

-- On Nov. 21, a teacher saw the teen searching ammunition on his phone during class, and reported the incident to school officials, who contacted the boy's mother by voicemail and email. Jennifer Crumbley did not reply, but the same day sent a text to her son stating: "LOL. I'm not mad at you. You have to learn not to get caught."

-- The morning of the shooting, the teacher found a note on Ethan Crumbley's desk that showed a handgun and people being shot and bleeding. Words on the page included: "The thoughts won't stop, help me" ... "Blood everywhere ... "My life is useless" ... "The world is dead."

-- The parents were called to the school and shown the drawing, but it had already been altered by the teen, with disturbing phrases and images scratched out. But the teacher had a picture of the unaltered note on her cell phone.

-- School officials told the parents they must seek counseling for their son within 24 hours.

-- The parents failed to ask their son where his gun was, failed to check his backpack, and they left the school without him.

-- Just a few hours later, authorities have said Ethan Crumbley took the gun from his backpack and opened fire on students in a hallway at the school.

-- McDonald said when the news of an active shooter at the school broke to the public, the mother texted her son, at 1:22 p.m.: "Ethan, don't do it." But it was too late.

-- At 1:37 p.m. James Crumbley called 911 stating that a gun was missing from his house and he believed his son may be the shooter. 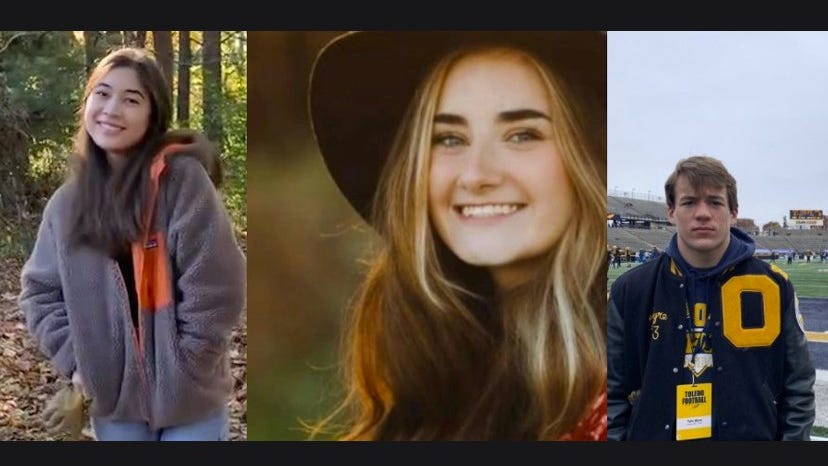 'My heart aches for families that will never be the same': The Oxford High School students who lost their lives in Tuesday's mass shooting

Ten students and a teacher were shot before Crumbley surrendered to Oakland County sheriff's deputies, sheriff's officials said. Four students who were shot have died. Several surviving wounded have been treated and released, while those still hospitalized were in stable condition at last report late Thursday.

Noting that it's rare for parents to face charges in a school shooting committed by their child, a reporter asked McDonald if she was trying to set a new standard for cases like this.

To that, she replied: "I have tremendous compassion and empathy for parents who have children who are struggling and at risk for whatever reason, and I am by no means saying that an active shooter situation should always result in a criminal prosecution of the parents." McDonald said. "But the facts of this case are so egregious."

“I fully support Prosecutor McDonald’s issuance of charges against Jennifer and James Crumbley. Demanding accountability of a child’s parents under the circumstances presented is not just appropriate, it’s crucial. Justice demands no less.

“My heart continues to go out to the families who lost their child in this unfathomable tragedy. We must not let this pass without properly addressing gun violence and responsible gun ownership.”

Stay with WWJ Newsradio 950 for the very latest details. 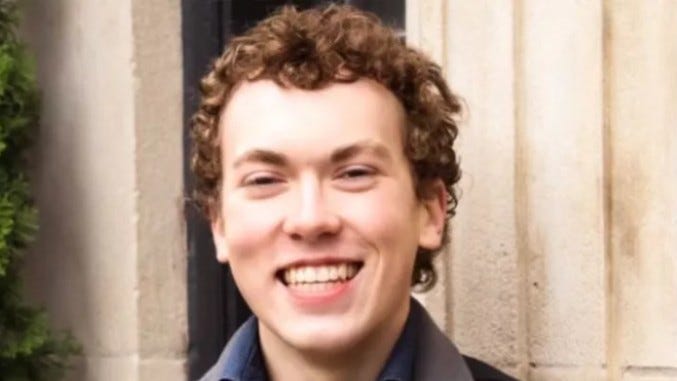